Home Benin New Partnership Between CORAF, BMGF on the Verge of Becoming a Reality 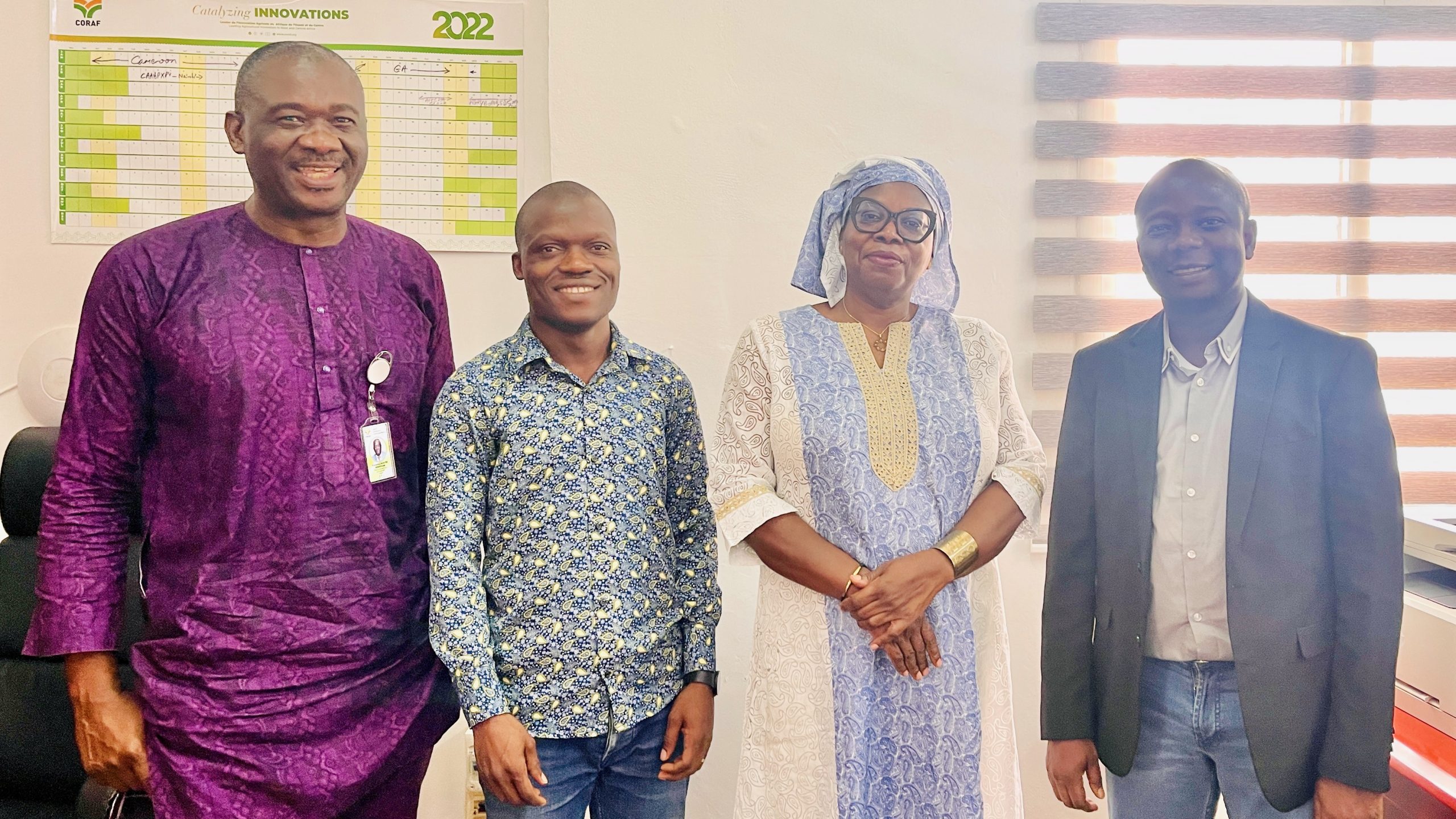 CORAF Executive Secretariat received from July 27 to August 03, 2022, consultants from the Bill and Melinda Gates Foundation (BMGF), who came to visit in order to clarify some details about the possibilities of collaboration between CORAF and BMGF.

In order to foster agricultural research and development (R&D) and to contribute to improving the living conditions of the populations in Africa, BMGF contacted regional organizations involved in the sector, including CORAF, to explore potential avenues for collaboration to make greater impact.

It is in this context that the foundation has mandated consultants to conduct a scoping study, in order to identify priority areas and especially intervention mechanisms.

Professor Achille Assogbadjo —Agricultural engineer and Professor at the Faculty of Agronomic Sciences (FSA) of the University of Abomey-Calavi (UAC) in Benin— and Dr. Valère Salako —Researcher and Lecturer at FSA (UAC-Benin)— are the two consultants in charge of carrying out the study in the CORAF zone, West and Central Africa.

“The scoping study revealed several entry points for collaboration between CORAF and the Bill and Melinda Gates Foundation,” said Professor Achille Assogbadjo, as the final report is being compiled.

The entry points for collaboration constitute areas of intervention where CORAF would act in a targeted manner within the framework of this potential partnership and in line with its mission and its Strategic Plan, to contribute to ensure food and nutritional security to the populations, especially the most vulnerable.

Indeed, the identified areas of intervention are essentially centered on climate change and gender-related issues, which are shared priorities of CORAF and BMGF.

“We look forward to engaging with you to the best of our abilities as we develop and explore this potential new partnership,” said CORAF Executive Director, Dr. Abdou Tenkouano.

The scoping study report is expected to be submitted to BMGF Board of Directors in November, with a strong possibility of starting a collaborative project next year.