Home Access to Markets “I Want to Be an Example for Mauritanian Youth” Berdiss Meidouwa, Mauritanian Agripreneur 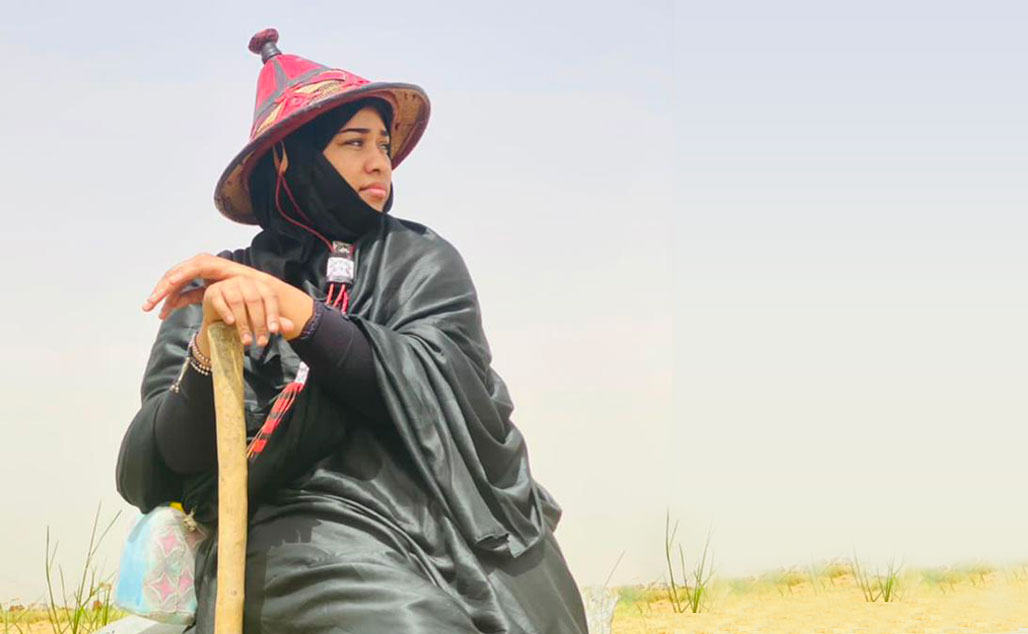 It was not without difficulties that Berdiss Meidouwa, a thirty-two year old Mauritanian farmer, started her rice production and marketing project in 2012.

Daughter of a farmer, she launched her own farm within the family cooperative, which has a land located on the banks of the Senegal River, at twenty-one (21) kilometers along the Rosso — Boghé axis.

She started on an area of twenty-five (25) hectares that the World Bank helped her arrange by providing her with two motor pumps, for irrigation.

It is with this support and a modest financial aid received from family and friends, that the young Mauritanian, who is graduate in Arabic literature, embarked on the agricultural sector.

Invited to share her experience during the day of reflection on agricultural research in Mauritania, held in Nouakchott on July 5, 2022, on the first day of the 32nd Ordinary Session of CORAF’s Board of Directors, Berdiss Meidouwa relates how she started ten (10) years ago, in this sector which seemed to be the preserve of the men in Mauritania.

“I started my project without any training in agricultural field and with many difficulties, especially because women were not used to doing this kind of activity in Mauritania,” says the agripreneur.

“There was also the lack of resources. In addition to the support from the World Bank, I asked my parents’ friends to borrow me some money to kick off my activities,” she adds.

Meanwhile, CORAF has helped her to be more comfortable as an agri-businesswoman today, building her capacity and that of several other women, thanks to a regional workshop that it recently organized for women in seeds production and marketing.

After several years spent elbowing and working hard, Berdiss business is nowadays a reference in Mauritania, in rice growing and marketing sector.

In 2018, her name became the brand of the rice she produces on her farm: Berdiss Rice.

Although the area of ​​her field has been reduced to fifteen (15) hectares —because of certain challenges she encountered along the way—this does not prevent Berdiss Rice from being found today on all the stalls from Rosso to Nouadhibou, through Boghé and of course, the Mauritanian capital, Nouakchott.

“Berdiss rice is flowing well in the markets. Sometimes, when we supply distributors, our products do not even wait before being bought by consumers,” testifies Berdiss Rice promoter.

“We have two campaigns in the year and we have a production of about six (06) to seven (07) tons of rice per hectare,” she says.

Despite the fact that the expenses absorb a large part of her income, she confides, the fruits of her business allow her to live comfortably today.

“I want to be an example for Mauritanian youth”

Beyond the growing and marketing of rice, the young agripreneur has above made it her mission to impact the youth of her country.

“I want to be an example for Mauritanian youth,” said the young Berdiss Rice promoter.

“Today, I can see a lot of Mauritanian girls and young people who want to do what I do,” she says.

Berdiss has today, a permanent staff of six (06) women, in addition to the staff that she mobilizes occasionally for seasonal activities.

Member of the Regional Network of Women Seed Entrepreneurs, launched by CORAF last April, she is also the actual Vice-President of the National Federation of Agriculture of Mauritania.

Berdiss is a role model, carrying today Mauritania’s flag high internationally, by winning several prizes and participating in international fairs, such as the International Agricultural Show in France.