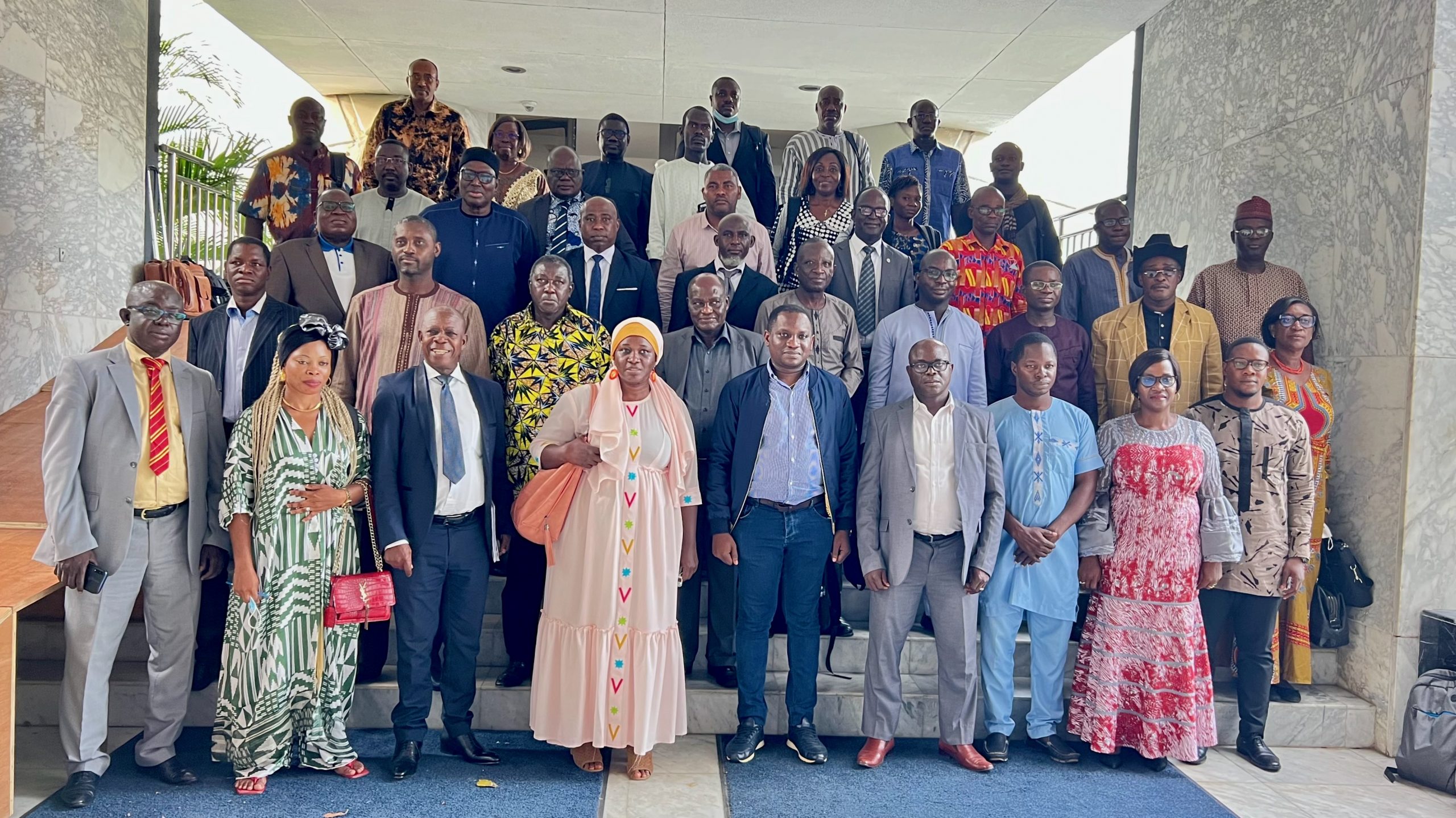 The regional exchange workshop on requests for pro-Climate-Smart Agriculture (CSA) scientific knowledge and technologies, to be considered by the policymakers-researchers dialogue platform in West and Center, was officially launched in Lomé, Togo, on March 29, 2022.

The official launch ceremony was chaired by the Director General of the Togolese Institute of Agronomic Research (ITRA), Dr. Yao Lombo.

In his opening remarks, the Director General of ITRA pointed out that climate change was a global issue, with increasing repercussions on several aspects of human life.

“The agricultural sector is initially identified as a source of greenhouse gas emissions. It is the most affected sector most by the scourge of climate change,” noted Dr. Yao Lombo.

Indeed, the issue of agricultural methane emissions is so crucial that on November 02, 2021, during the 26th iteration of the Conference of the Parties (COP 26) held in Glasgow (United Kingdom), more than one hundred countries committed to reducing their methane emissions by 30% by 2030, by signing the Global Methane Pledge.

According to the United Nations Environment Programme, the agreement has several benefits, including improving food security by preventing crop losses.

“Togo reiterates its readiness to support project activities in order to improve food security and the incomes of small producers, in particular women who are suffering the effects of climate change in their noble profession of agriculture.”

Objectives of the workshop

Five main objectives will guide the discussions expected to last three (03) days. Indeed, the workshop will aim at:

In addition to these organizations, there are also technical partners, civil society, as well as the focal points of the CAADP-XP4 project.

CORAF is organizing the workshop within the framework of CAADP-XP4. CAADP-XP4’s funding is provided by the European Union and managed by IFAD. The program aims to improve CORAF’s capacities to transform agricultural and food systems in West and Central Africa and make them more resilient to climate change.