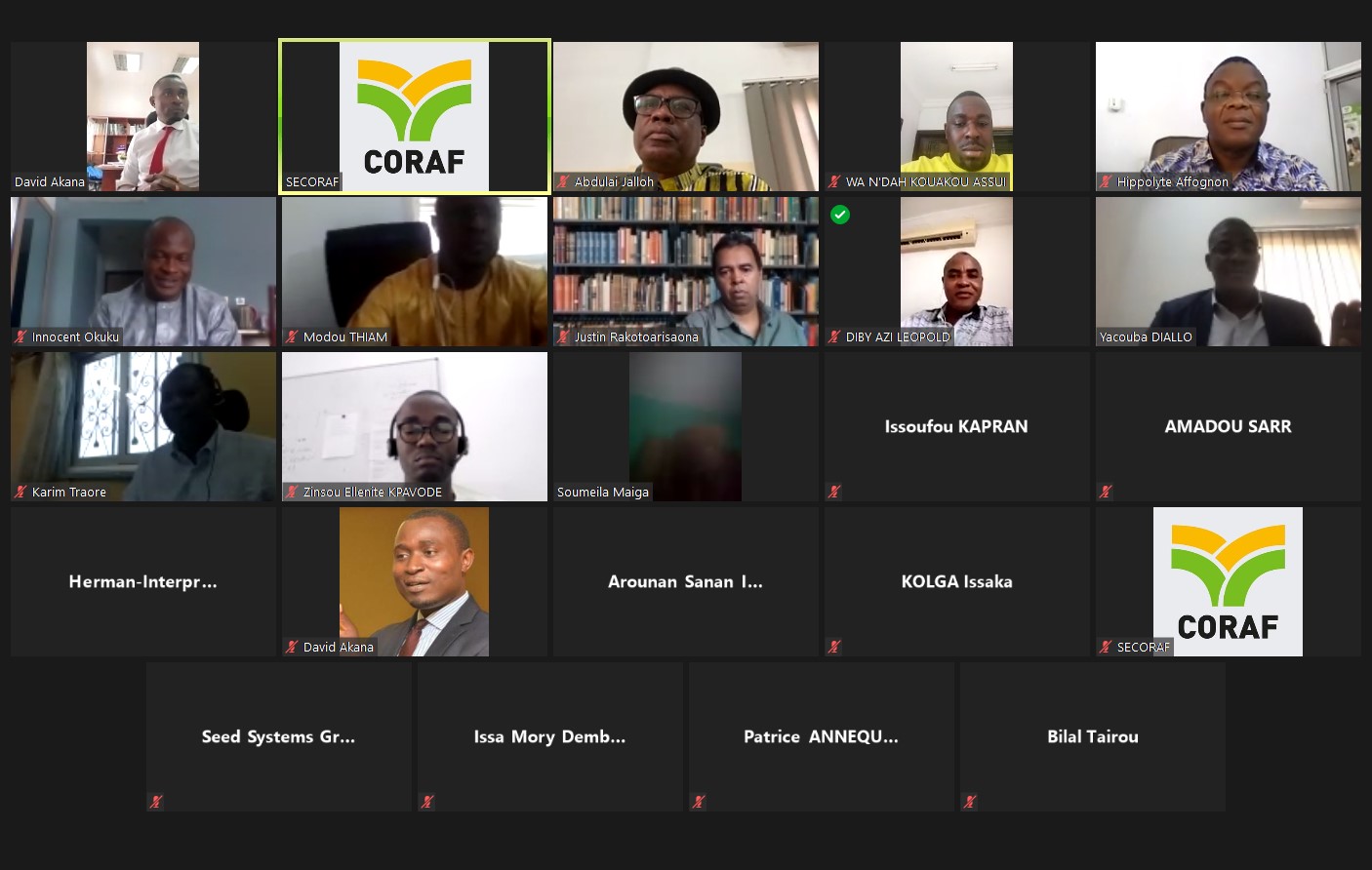 Major seed businesses in West Africa have met to explore the possibility of setting up a West Africa Seed Trade Association (WASTA) to help tackle some of the intractable challenges facing the seed industry in the region.

“There is a window for the private sector to play a role in unleashing the agriculture sector in West Africa,” said Prof. Abdulai Jalloh, CORAF’s Director of Research and Innovation, at the opening ceremony of the online event.

Experts agree that without quality seeds, the agriculture system would struggle. Many actors are involved in the sector, including private businesses. Many argue that few actors have the financial resources, such as private seed businesses, to produce and market seeds.

“Providing quality seeds to farmers and producers in West Africa is so big a challenge that cannot be left in the hands of governments alone. The private sector must be involved,” argued the CORAF senior official.

The creation of the WASTA is envisioned as a lasting solution to bring in the private sector to further contribute to delivering quality seeds to those in need.

At the virtual gathering held on June 03, 2021, the concept was introduced to the actors. Discussions were had about WASTA’s vision, mission, membership, potential services and benefits, scope, governance, etc. Participants cautioned that there should be duplication of current efforts, that a clear mission and value proposition should be assigned to WASTA. It should be mainly limited to businesses involved in seed trade in the region, participants cautioned.

At the end of long discussions, members agreed that it would be relevant and valuable for West Africa to have a group that mirrors the voices of seed traders. Such a group would carry out advocacy work around seed policy implementation around decision-makers and help tackle some of the industry’s challenges.

Existing groups in the input sector, such as the West Africa Fertilizer Association (WAFA) and the Africa Seed Trade Association, were brought in to share their experience and best practices.

“WAFA brings together only businesses involved in the fertilizer sector. The rules of operation were set up by the members only, and finances are generated from members. And we have a strategic plan that seeks to address the major challenges in our sector,” said Innocent Okoku, Vice President of WAFA.

A task force comprising seed companies from French and English-speaking countries was set up at the end of the meeting to think through the form and shape of the future WASTA. The group, primarily made up of volunteers, would have a major assignment of designing the rules and convening the first conference to create the association. AFSTA and WAFA were co-opted into the task force in an advisory role.