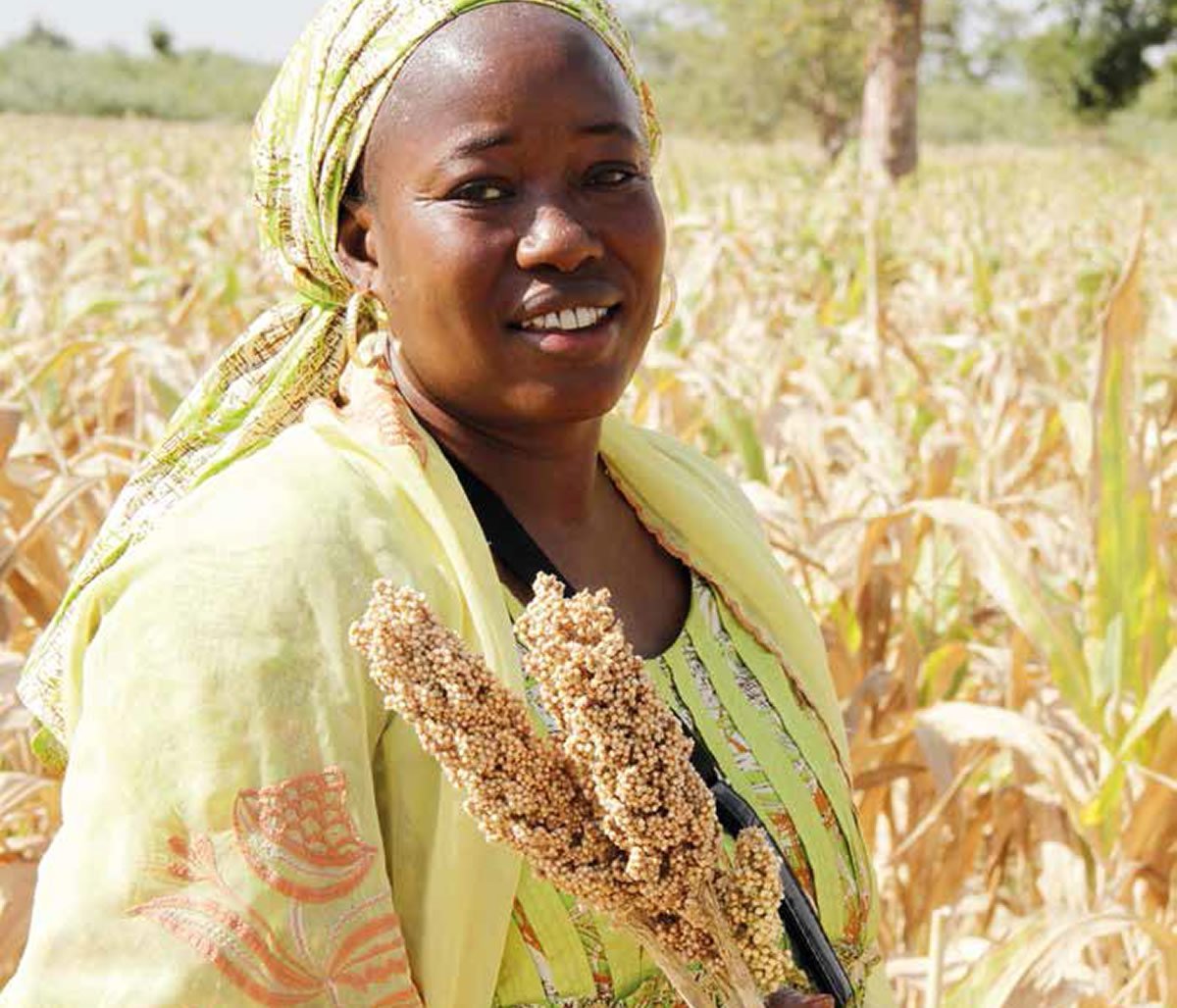 « I chose to be a seed producer rather than going to the city to join the growing lines of the unemployed women or reduced to a house help, » says Sokhna while thanking CORAF and USAID for allowing her to produce and sell certified seeds.

At 45, Sokhna Amy Mbacké has emerged as a standout seed producer in a largely male-dominated village of Touba Madina in the Kaffrine region, located in central Senegal.

This mother leads an agro-business in an environment where the majority of women are confined to household chores or mostly laborers in fields and businesses often owned by their husbands. In this small town located in the heart of the groundnut basin of Senegal, Sokhna is admired and respected by all.

Sokhna who is a member of the certified seed growers’ cooperative of the Kahi commune has been recognized across many seasons for her outstanding work in seed production. For a community mostly dominated by men, this is an exceptional feat.

In 2017, she produced ten tonnes of maize and sorghum and almost as much groundnut thanks to the support they got from the WASP. Though she is discrete with respect to her income, Sokhna admits that she earns enough to cover her needs.

She now takes care of the school fees and insurance of her children and family thanks to the revenues from the sale of certified seeds. She also extends her generosity to the people in her community by regularly helping villagers with food, seeds, and sometimes money.

« Everyone here respects her particularly men, » says a village resident.