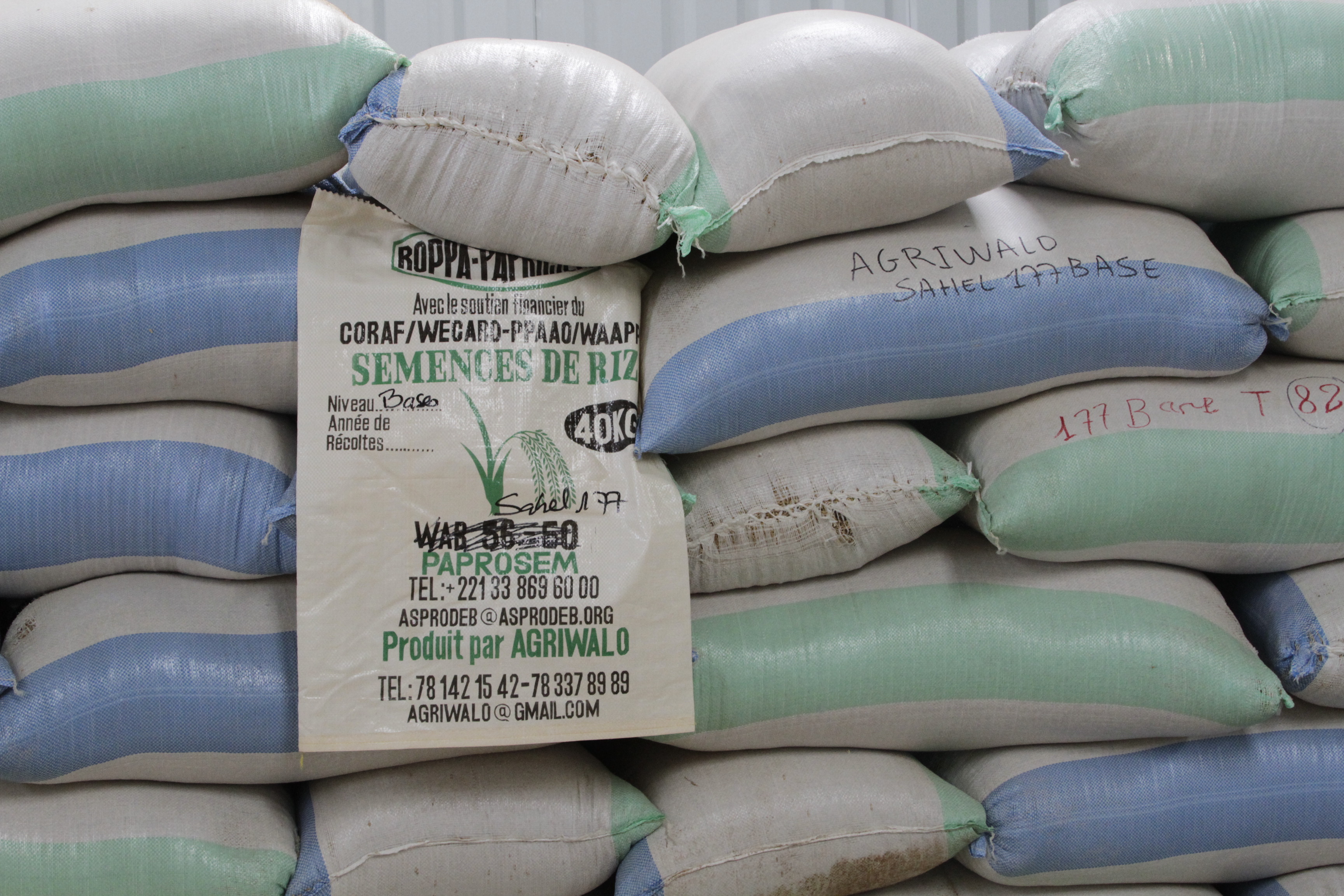 The Ebola virus destroyed more than human lives when it emerged in Guinea a few years ago—it also eroded agriculture in Guinea, Liberia, and Sierra Leone. Food shortages, trade restrictions, border controls, and rising food prices led many farmers to resort to desperate measures and eat the seeds they were saving for the next planting season. “We had to cease our farming activities and seldom visited our farms. We ate all our rice seeds,” says Henry Koroma.

Fortunately, (CORAF) was thinking ahead: “Famine was imminent, so the measure was timely,” Dr. Ernest Asiedu, Chief of Party for the West Africa Seed Program (WASP), tells Food Tank, “We linked to all the countries in the region, and we mapped out the seeds available to get from AfricaRice.” CORAF and a host of regional partners developed theEbola Seed Support Initiative to inform efforts that can strengthen regional seed systems into the future.

Supported by the Economic Community of West African States (ECOWAS) and the World Bank, the initiative found specific seed varieties for the affected areas, tested them for quality, and moved them across international borders. “Mapping out was very important,” says Asiedu, explaining that the team planned for factors like the type of soil in an area and the preferred varieties among community members. They then distributed rice, maize, and cowpea seeds from all over the region for planting in 2015, as well as for producing new seeds for the following year’s crop. Meanwhile, the World Food Programme provided rice and grains for farmers to eat so they could save their seeds.

This large initiative did face obstacles: “At the border, there was a truck from Niger carrying cowpea; they were kept at the border between Côte d’Ivoire and Liberia for one and a half months. In certain places, the trucks would not climb the mountain; they had to remove everything for the truck to cross, and people would carry it. It was very challenging,” says Asiedu.

Despite these challenges, CORAF reports that the initiative delivered or produced more than 12,600 tons of certified seed between 2015 and 2016. In 2015, it reached over 240,000 people with seeds covering some 110,000  hectares of land. Because the initiative also helped grow the 2016 seed supply within the three receiving countries, the estimates for 2016 outcomes were even bigger. “I had to struggle with my five children through the trying times; we consumed every grain that was left, and I had been selling my clothes to make ends meet,” says Mama Isata Mansaray, “This seed is like being reborn. I will farm and do business again after harvesting.”

The initiative highlights the role that regional seed systems and coordinated efforts by different organizations can play in ensuring that farmers get the help they need during crises. “It shows very clearly that human beings, if we work together, can solve any problem, so it’s given us hope,” says Dr. Moses M. Zinnah as Liberia’s Minister of Agriculture, “But the lesson we’ve learned is that you must have systems in place to avoid these sorts of calamities.” Even beyond showing how organizations can respond to regional crises, lessons from the initiative can help point the way forward. “We have experienced solidarity in crisis,” Dr. Abdou Tenkouano, Executive Director of CORAF, tells Food Tank. “We now think that we know how to handle that, but it will be much wiser for us to be prepared. And we can harvest global partnerships for that.”