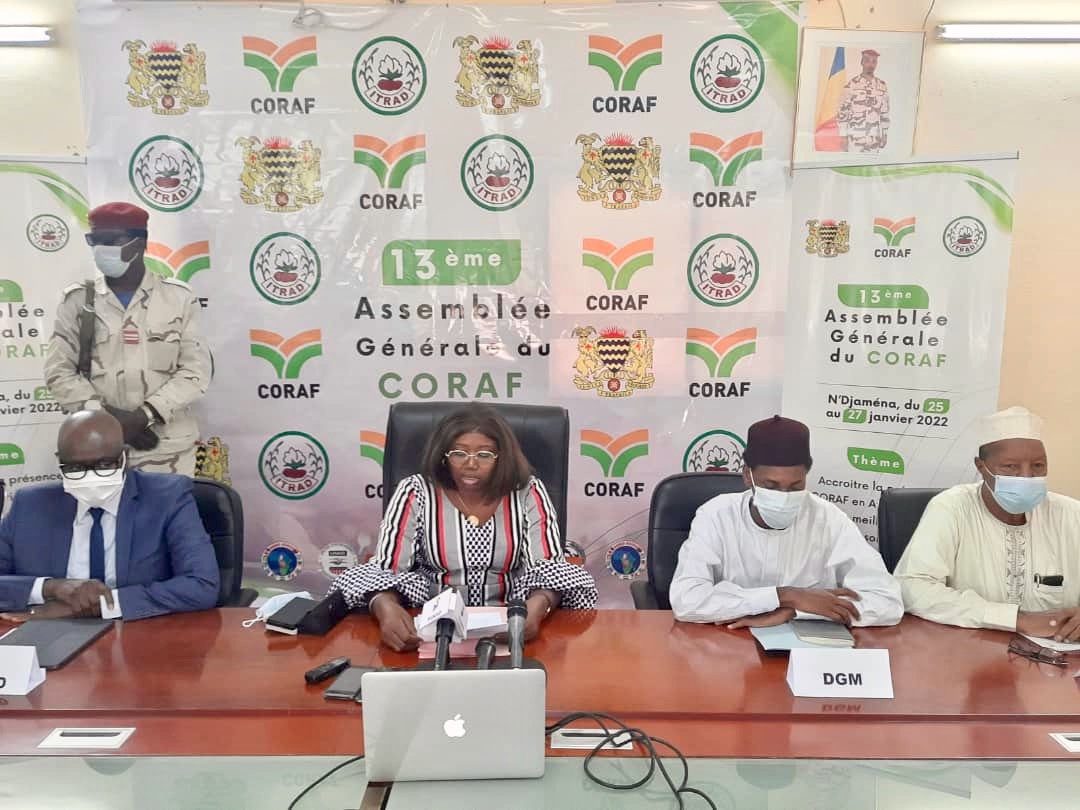 Chad Minister of Agricultural Development, Ms. Kamoungué Dena Assoum, has committed to supporting CORAF in its efforts to increase its footprint in Central Africa. Minister Assoum was speaking at a press conference to announce the holding of the physical meeting of the 13th General Assembly in Ndjamena, Chad, from January 25-27, 2022.

“I will work in collaboration with CORAF to ensure it increases its presence in Central Africa and that the recommendations taken during the 13th General Assembly are implemented,” said Minister Assoum at the press conference held at the offices of the Chadian Institute of Agricultural Research for Development (ITRAD), CORAF’s foremost partner in Chad.

The senior Chadian government official reiterated the importance of regional cooperation in the development of agriculture.

The challenge of developing African agriculture also depends on the need to strengthen inter-regional cooperation.”

The General Assembly is the highest decision-making body of CORAF. It holds once every three years. The 13th iteration held in two parts. Part one was in the form of a virtual business meeting in April 2021 as a result of the COVID-19 pandemic. Part two will be physical and expected to draw about 100 participants to the Chadian capital at the end of January 2022.

Most of the discussion at the GA would be around how CORAF can increase its footprint in Central Africa and endorsing most of the governance tools discussed at the virtual meeting in April 2021.