Home Agri-Inputs Taro Industry in Ghana Bounces Thanks to Research 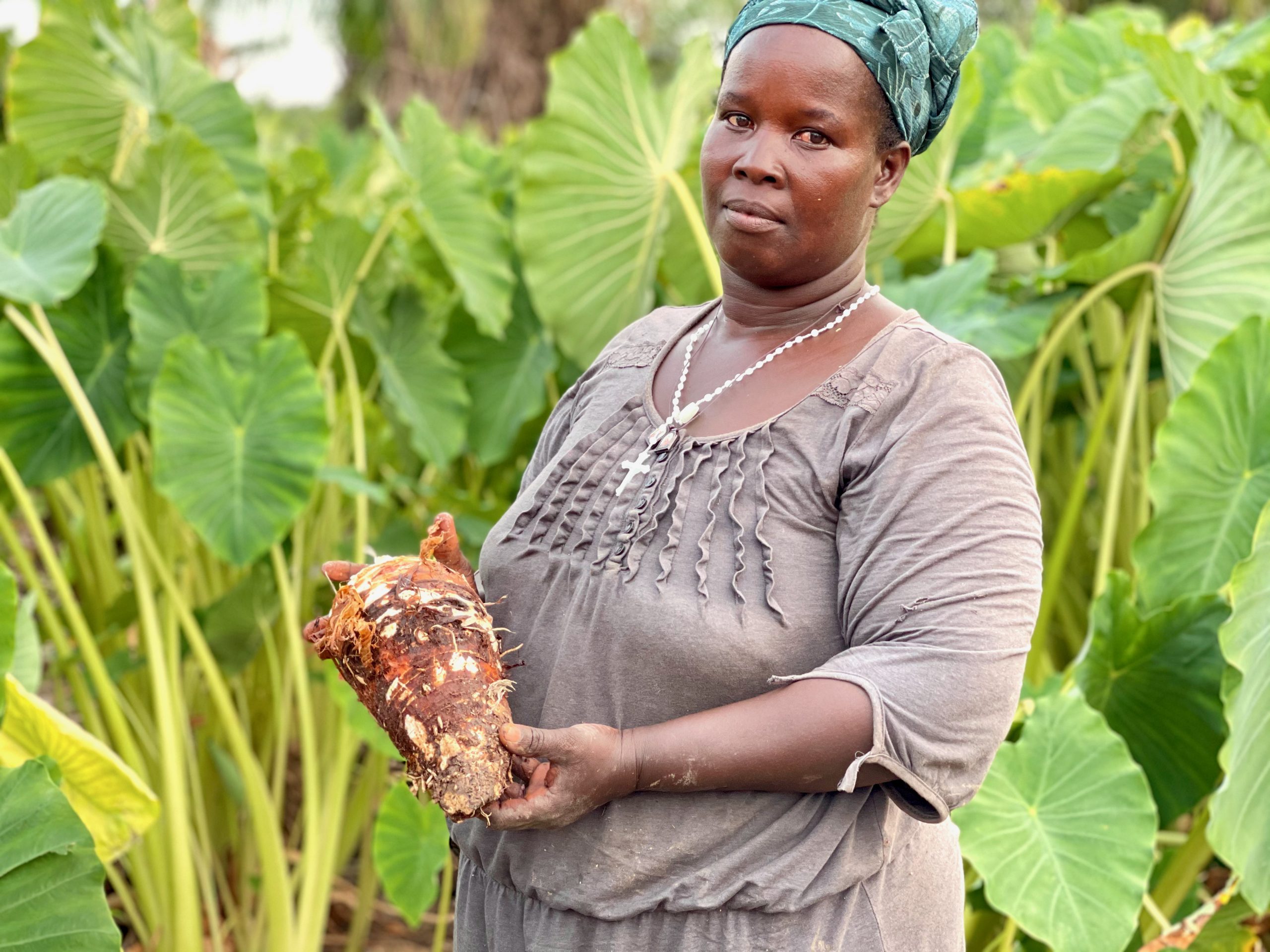 While the taro industry had collapsed entirely in Ghana, researchers of the Crop Research Institute of the Council for Scientific and Industrial Research (CSIR) have succeeded in reviving it by developing new taro varieties that meet the industry’s current challenges.

Those are four new varieties that offer high yields and are incredibly resistant to taro leaf blight —scientifically known as phytophthora colocasia. This is a highly infectious disease responsible for the extinction of the crop.

The West Africa Agricultural Productivity Program (WAAPP) supported the institute to find solutions to the collapse of the taro industry in Ghana,”

After this step, the four varieties finally had the country’s Seed Board’s approval to be made available to farmers.

The varieties are currently at the stage of dissemination throughout the country. For that purpose, the CSIR is working in collaboration with government authorities, including the Department of Agriculture.

“We have set up a multiplication field in each municipality, and these fields will help serve the farmers in the municipality,” explains Dr. Baafi.

Farmers have welcomed the varieties and, in some municipalities,, the impatience of having them is growing.

“I can’t wait to get the new taro seeds to resume my taro cultivation,” says Mrs. Akosua-Sera, who is also in charge of the seed multiplication field of her municipality located in the suburb of Kumasi.

“I am happy that these new varieties will come and have a higher yield. This will allow me to have good income-generating activity and to take care of my family,” she says.

Please, click on the “Play ▶️” button to view the photo slide. Use the buttons ⬅️ and ➡️ to move from one picture to another.

Indeed, the new taro varieties offer a yield that varies between 12 and 25 tons per hectare, while the old one hardly offered five tons per hectare and suffered, helplessly, the assaults of the taro leaf blight.

“We can say today that the taro industry is reviving in Ghana through the WAAPP,” says Dr. Baafi.

The new varieties developed by the CSIR in Ghana can be eaten boiled or cooked; others can be used to make pastry, chips, etc.