Home Agri-Inputs Roots and Tubers Center of Excellence in Need of Support to Operate its USD .5 Million DNA Analyzer 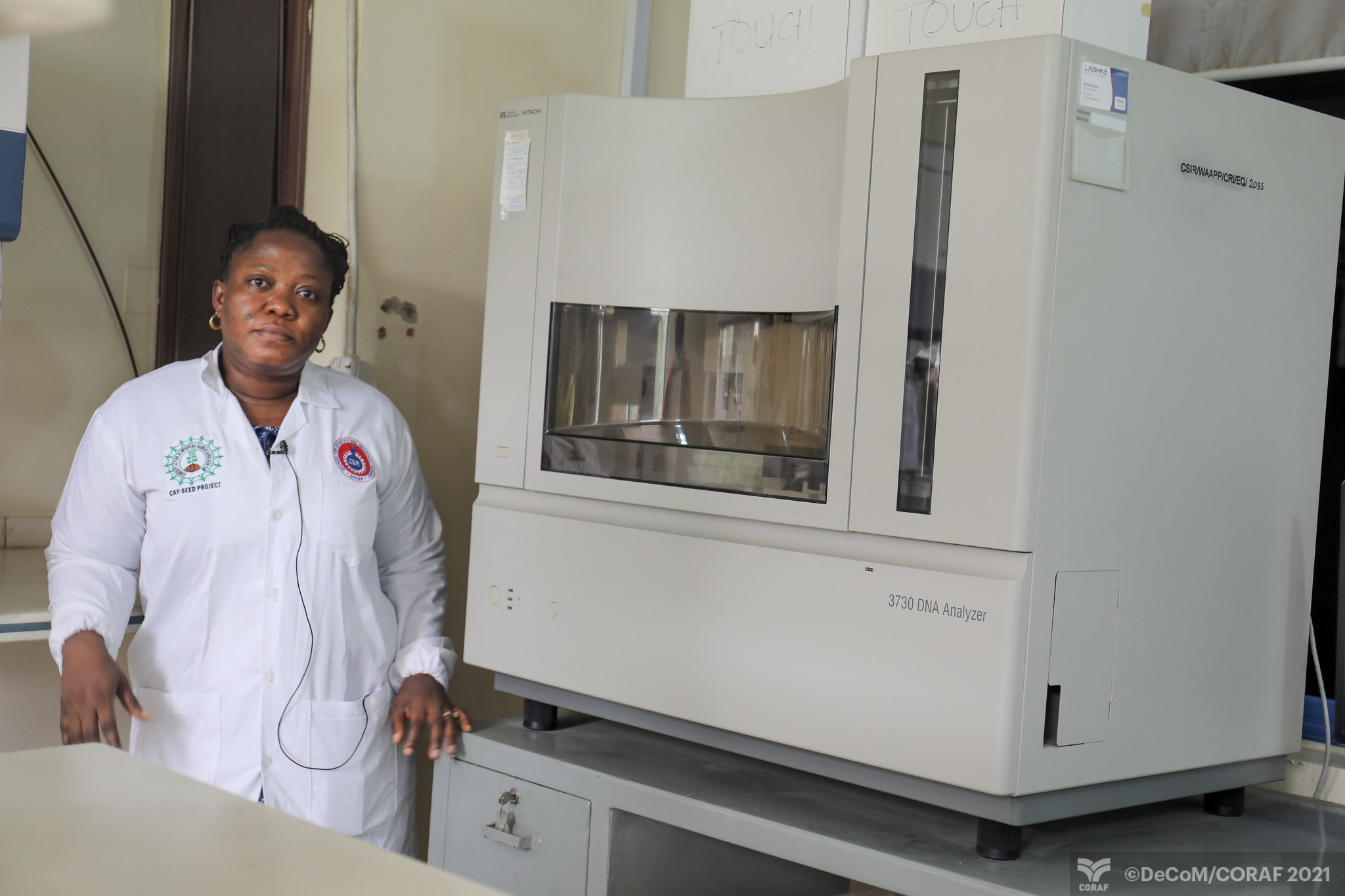 Few research institutions in Ghana and West Africa have a DNA analyzer because of the sometimes prohibitive cost. A modern one is estimated to cost approximately half a million USD.

As part of the implementation of the West African Agriculture Productivity Program (WAAPP), the government of Ghana purchased the latest generation of deoxyribonucleic acid (DNA) analyzer for the Crop Research Institute of the Council for Scientific and Industrial Research (CSIR-CRI) based in Kumasi.

Since 2015, this important tool has not been used. “The DNA analyzer has not been calibrated, and we don’t have the expertise to use it,” says Dr. Ruth Prempeh, a Molecular Plant Breeder at the CSIR-CRI.

Whereas “the cost of this 3730 DNA analyzer is approximately USD 500,000,” said Dr. Prempeh Prempeh, who is also Head of the Institute’s Biotechnology Center.

The equipment, a 3730 model, sets the standard for high and medium-throughput genetic analysis. Only the RCE on roots and tubers has one, in Ghana.

In the scientific world, the 3730 DNA analyzer is considered as one of the best DNA analyzers. It provides high-quality data at a low cost. It is used for DNA sequencing of animal and plant species.

Why is it not Used?

Based on our reporting in Kumasi, Ghana, in the early weeks of May 2021, the Head of the Biotechnology Center of CSIR said that it is because the equipment was acquired at the end of the WAAPP project. As a result, there was no funding to get someone to operate it.

In fact, “the equipment was acquired at the last stage of the WAAPP, and because of that it could not be calibrated,” explains Dr. Prempeh.

Calibration is an operation that ensures the metrological traceability of measurements.

Funding to Get it Operational

Thus, the Head of the biotechnology center argues that the center is currently looking for collaboration and funding in order to be able to calibrate the DNA analyzer and to train staff in its use.

Based on the cost estimates received by the center, the installation and calibration fees would be USD 41,100. In addition, the equipment requires regular maintenance on an annual basis, the cost of which is estimated at around USD 36,000.

As a result of the non-operation of this equipment, Ghanaian researchers are forced to send their samples abroad to be analyzed at a high cost.

“Most of our samples have to be sent out to international labs, where they do the same activity as what could be done here,” says Dr. Prempeh.

“If the device works and we have qualified personnel to use it, it will be useful not only for Ghana but also for the sub-region. We will use it ourselves and people in the sub-region will also be able to bring their samples, which will generate income for the center,” argues Dr. Prempeh.

In addition, the equipment will enhance and improve conventional reproduction of species, increase productivity and, indirectly, improve the livelihoods of smallholder farmers.

The WAAPP is a World Bank funded program at the initiative of the Economic Community of West African States (ECOWAS). Implemented by CORAF, the program started in 2008 and ended in 2019.