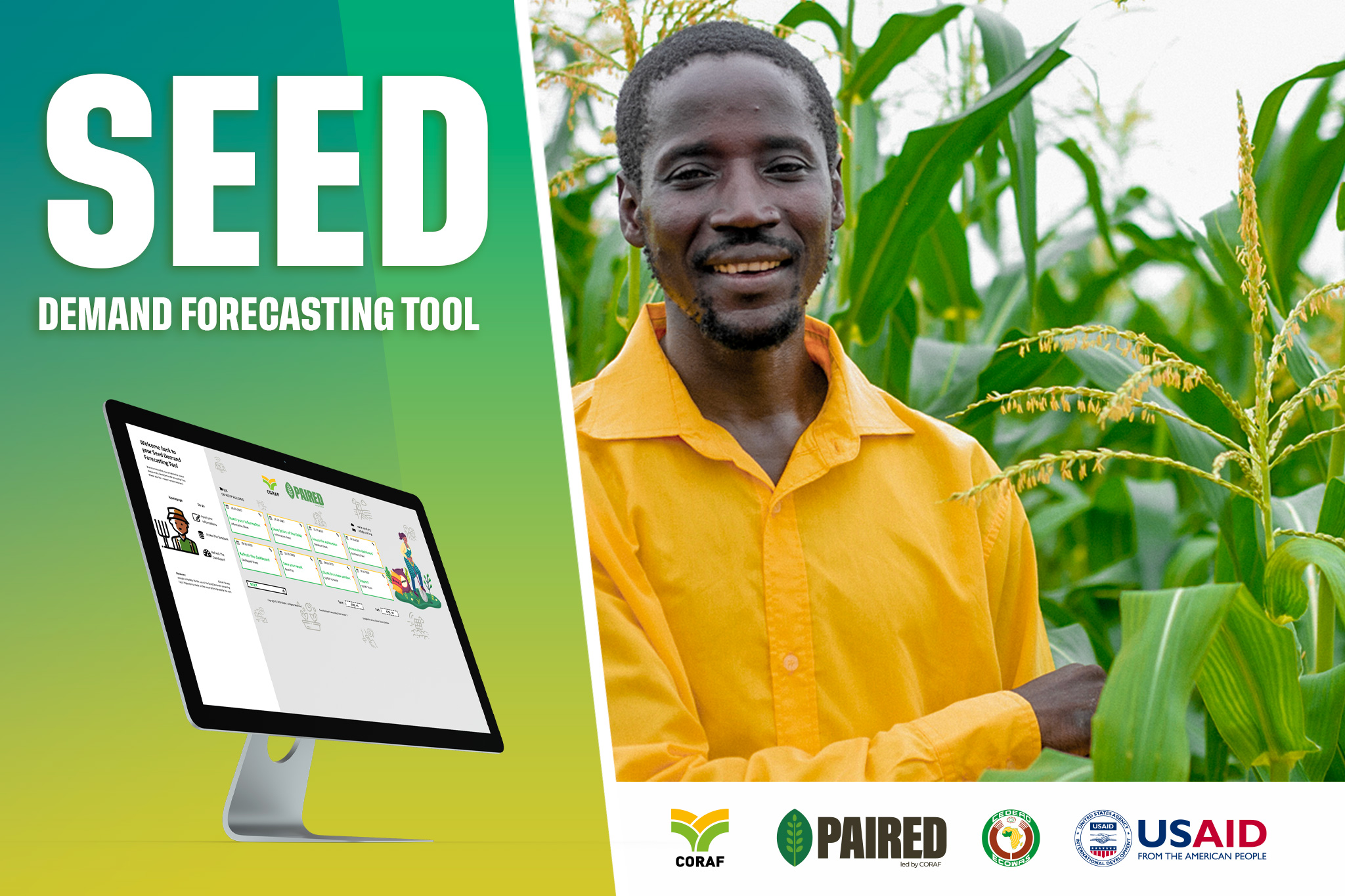 A new online tool to improve the delivery of seeds in West Africa will be launched at a virtual event on Tuesday, October, 27, 2020.

Initiated by CORAF and funded by the United States Agency for International Development West Africa within the PAIRED framework, this tool is expected to improve seeds’ delivery considerably.

The Seed demand forecasting tool is a practical instrument used in projecting the potential and actual seed demands to support both the public seed sector and private seed companies.

The Seed Demand Forecasting Tool is an excel spreadsheet that works based on a series of basic assumptions such as the potential area to be used for seed production, seeding rate, and seed yield. It is meant to assist producers in planning the seed production effort through a process of demand projections and examining past and present performance levels, combined with assessing available products and current markets.

What Challenge does it seek to solve?

More or less seeds could be produced at the start of the farming season than demanded, leading to shortfall or substantial carryover of the seed stock.

What are the Advantages?

As part of efforts to leverage digital for agriculture opportunities to grow the food system in West and Central Africa, CORAF and partners are currently deploying the following tools:

Experts argue that these tools can be game-changing steps given the relatively high internet penetration and mobile telephony use in West and Central Africa.

“Digital for agriculture tools such as the Seed Forecasting Tool allows for the democratization of data and relevant research outputs to farmers using the magic of the internet“, says Dr. Yacouba Diallo, an agri-input expert at CORAF.