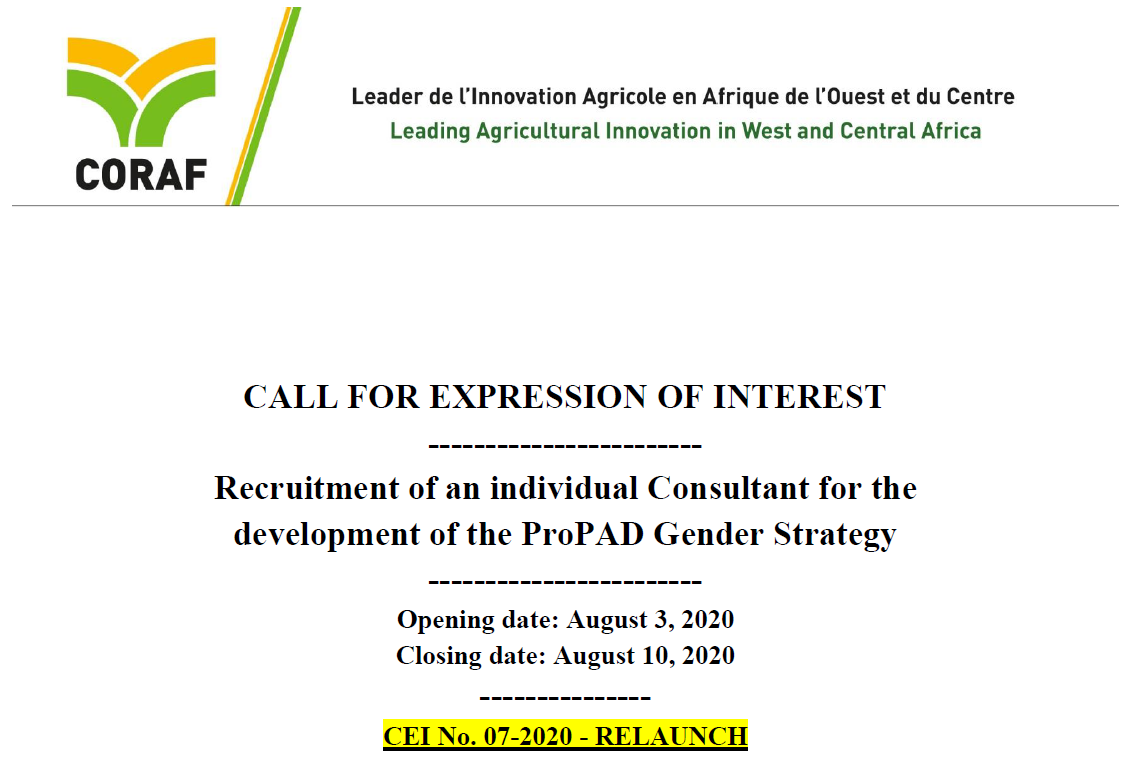 Applicants interested in this call can send a letter of motivation along with a detailed CV with three referees, by email to the CORAF Executive Secretariat at procurement@coraf.org no later than            August 10, 2020. 5:00 p.m. GMT.