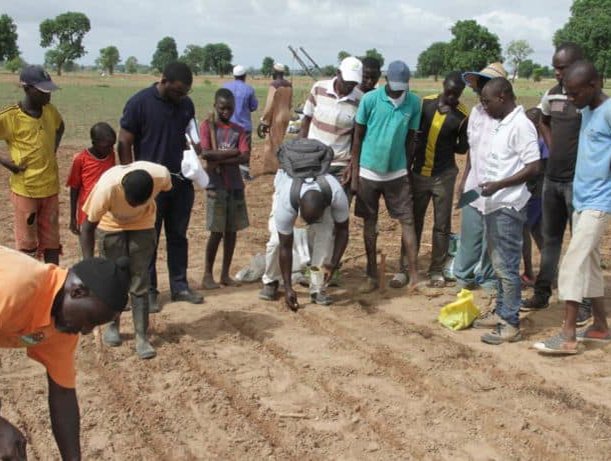 The West and Central African Council for Agricultural Research and Development (CORAF) is providing education sponsorships, technology training, and mentorship for youth in agriculture, research, and entrepreneurship. CORAF’s programs for youth prepare for the quickly aging population of researchers in agriculture.

In West Africa, 63 percent of the population is under 25 years old. According to CORAF, this group also makes up 60 percent of the total unemployed. Yet CORAF sees youth unemployment as a great opportunity for agriculture, especially if youth feel empowered to become the engine for economic development. “We have a lot of youth with no access to jobs,” says Dr. Nieyidoube Lamien, Program Officer for CORAF’s West Africa Agricultural Productivity Program (WAAPP). “We found that agriculture is one of the sectors that can really accept them.”

In 2013, WAAPP released a second program addressing youth unemployment with opportunities to enhance the food system. With the support of its national research centers, the initiative helps increase the avenues through which youth can learn about and disseminate agricultural technologies—training videos on web channels such as YouTube and social media prepare young entrepreneurs to enter the agriculture sector and start their own businesses disseminating the technologies to their own communities.

With funding from the Islamic Development Bank, WAAPP launched a program to reach youth in 2016 with a new electronic platform offering visiting youth improved access to learning courses and mentors. The Empowering Youths for Agripreneurship in West Africa program attracts “youth who are interested in the technology, linking them to scientists or experts who will be mentoring them, growing the technology into a business [with which] they can look for sponsorship in terms of start-up money to get it to become a reality,” says Dr. Abdou Tenkouano, Executive Director of CORAF. “It’s very much modern, and I cannot say that it is working yet, but I have very good faith that it will work.”

Lamien is already seeing results. “We are receiving frequent messages asking ‘I want this technology. How can I access to the technology?’” says Lamien. WAAPP reached 40 mentors and over 120 youth since starting the program, but researchers hope to reach 1,000 young entrepreneurs to stimulate access to technology in their communities, improve productivity rates, and bolster future economic gain.

CORAF, the largest sub-regional research organization in Africa, started WAAPP to reintroduce food security after repeated food crises in the region from 2006–2008. Empowering youth is part of WAAPP’s mission to develop and disseminate technologies enhancing agricultural productivity in West and Central Africa. WAAPP finds that youth may be the key to increasing their impact on local communities, having already impacted more than 49 million indirect beneficiaries.

The original article was published by FoodTank