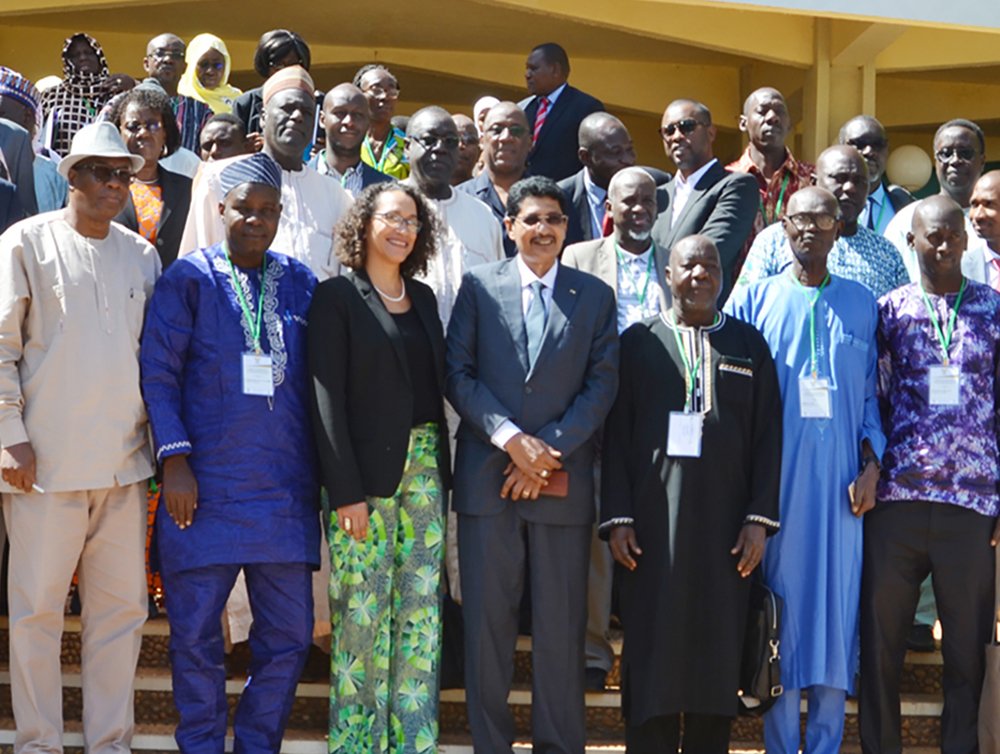 In an extraordinary show of endorsement of agricultural research and the West Africa Agriculture Productivity Program (WAAPP), eight government ministers showed up Monday, November 12, 2018, for the opening ceremony of the annual gathering of WAAPP actors.

Seven participating countries (Benin, Ghana, Guinea, Mali, Niger, Senegal, and Togo) of the WAAPP are currently meeting in Niamey, Niger to evaluate the state of implementation of the program and to agree on clear actions to speed up implementation of expected results.

At the official opening of the event, Mr. Mohamed Boucha, Minister Delegate at the Minister of State, Minister of Agriculture and Livestock led the delegation of eight ministers. Others in attendance included:

“We couldn’t be any prouder to be honored by many government ministers. Not only does this speak to the importance of agricultural research and development to the government of Niger, but also to the many positive results and impact of WAAPP in West Africa,” says Dr. Abdulai Jalloh, Director of Research and Innovation at CORAF, the organization responsible for implementing the WAAPP in West Africa.

The WAAPP was created in 2007 at the initiative of the Economic Commission of West African States (ECOWAS). 13 West African states are participating in the program with the primary objective to improve productivity through the use of agricultural technologies and innovations.

The program is paid for by countries through a loan system obtained from the World Bank. CORAF implements the program at the regional level.

As the program enters its tenth year, data shows about 9 million people have benefited from it while another 56 million have been reached indirectly.