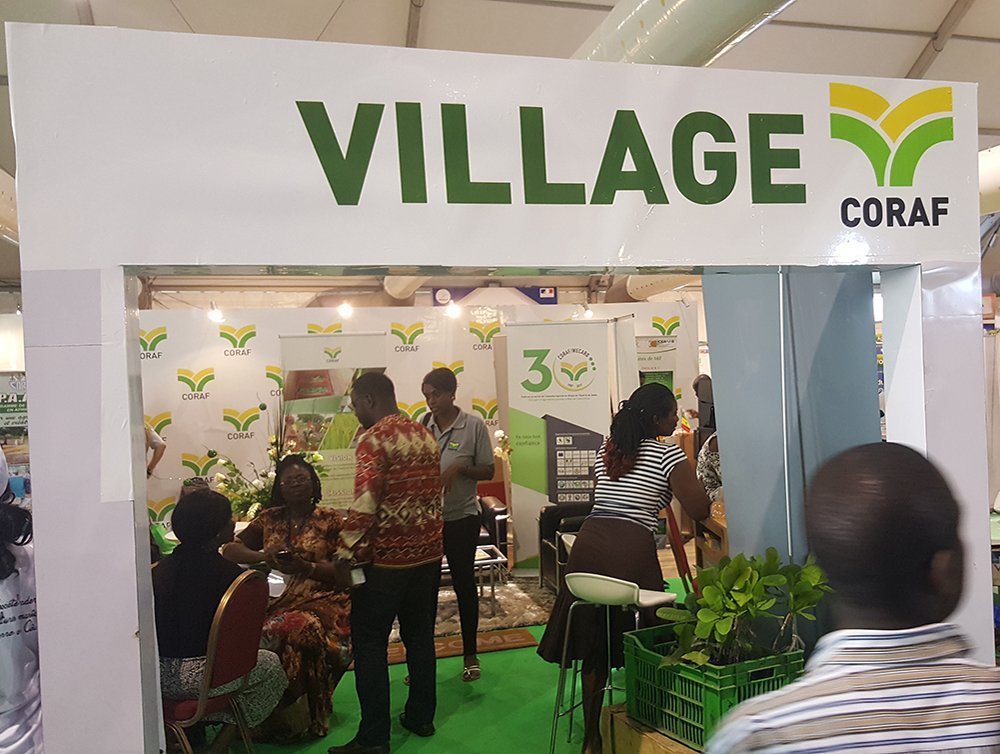 The 4th International Fair on Agriculture and Animal Resources (SARA) opened on Friday, November 17, 2017, in Abidjan in the presence of Africa’s largest sub-regional research organization, the West and Central Africa Council for Agricultural Research and Development (CORAF).

The ‘CORAF Village’ features technologies generated under the West Africa Agricultural Productivity Program (WAAPP). Exhibitions include composed bread from sorghum and certified cereals from Senegal and giant cassava and maize shell from Ghana. From Nigeria, the CORAF stand has on display smoking kiln and a mobile fish pound. Improved rice variety from Mali and different species of banana and plantain from Cote d’Ivoire are also on display.

SARA is one of the largest agricultural and animal resources fairs in Africa attracting hundreds of thousands of visitors. Organizers expect more visitors this year. In the last edition in 2015, 300.000 people attended SARA.

About 3250 exhibitors and 7000 professionals from 18 countries are attending SARA this year.

The program includes seminars and forums focused on the theme “Structural Transformation of Agricultural Economics within the context of Climate Change.” SARA also offers businesses to enter into new deals and enhance collaboration.

In his statement, he said, “to address the challenges of the structural transformation of agricultural economics; it is important to make agricultural production more resilient to climate change and less vulnerable to fluctuations in world prices.”

The Ivorian Minister of Agriculture and Rural Development, Mamadou Sangafowa Coulibaly, as well as by several government officials, agribusiness leaders and top foreign investors in the agricultural sector in Africa also attended.

The “CORAF Village” is situated at Innovation Pole, on Pavilion A, devoted to agricultural innovation.