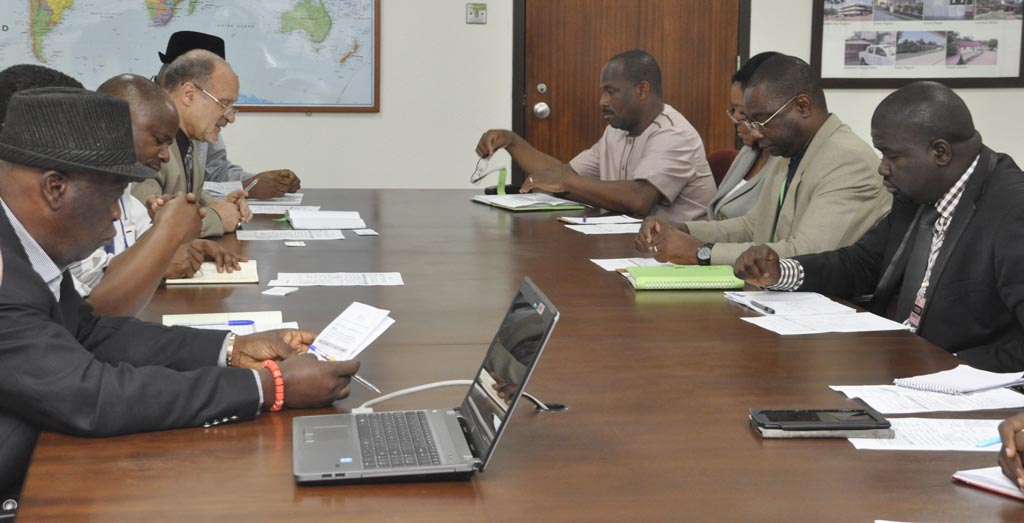 The West and Central African Council for Agricultural Research and Development (CORAF/WECARD) based in Dakar, Senegal    is partnering with the International Institute of Tropical Agriculture (IITA), Ibadan, Nigeria, on research for development and up scaling of agricultural technologies in the sub region. Dr Abdou Tenkouano, the Executive Director of coraf/wecard made the call for closer ties between the two international research organizations to strengthen and empower existing National Centers of Specialization (NCoS) under the auspices of the West Africa Agricultural Productivity Program (WAAPP) during his official visit to IITA on 10th August, 2016. According to Dr Tenkouano, CORAF is interested in transforming the NCoS under WAAPP programme in the 13 west African countries as models on research for development as seen in IITA. The collaboration will cut across research management, infrastructure, capacity building, technology dissemination and adoption which IITA has demonstrated competency and expertise.

This working relationship is necessary because IITA is recognized as a key player in Africa’s agricultural research advancement that is demand driven and creates jobs which is the target of NCoS, said Dr Tenkouano.  In fact, WAAPP is currently in a transformative phase to realize it’s goal of technology upscaling and continuous adoption. Emphasis is to disseminate available technologies for more impact on productivity, job creation and socio-economic wellbeing of men, women and youths in the participating counties. The WAAPP programme coordinate by CORAF/WECARD at regional level have generated over 160 improved and high yielding agricultural technologies in crops, livestock, fisheries, extension and climate change that has positive impacts on over 6 million farmers’ lives in West Africa.

Sheu Salau, an Agricultural Economist representing the World Bank calls for a concerted approach to deliver information and knowledge that will transform beneficiaries. This transformation he said, will depend on the way science, technology and innovation are deployed to end users to meet their needs.  Mr Salau added that the World Bank acknowledges and supports current synergy towards strengthening CORAF/WECARD and IITA working relationship to revolutionize agricultural research and technology dissemination to benefit farmers

The Director General of IITA, Nteranya Sanginga welcomed the partnership proposal, noting that food, poverty and unemployment crisis situation in the sub-region makes the proposal timely. CORAF/WECARD delegation went on a tour of IITA facilities (mention names) and interacted with the IITA Youth Agripreneurs. The activities and achievements of the young men and women under the platform impressed the CORAF team.