Home Access to Markets 12,500 Gambian Farmers to Receive Certified Seeds that will Enhance their Resilience 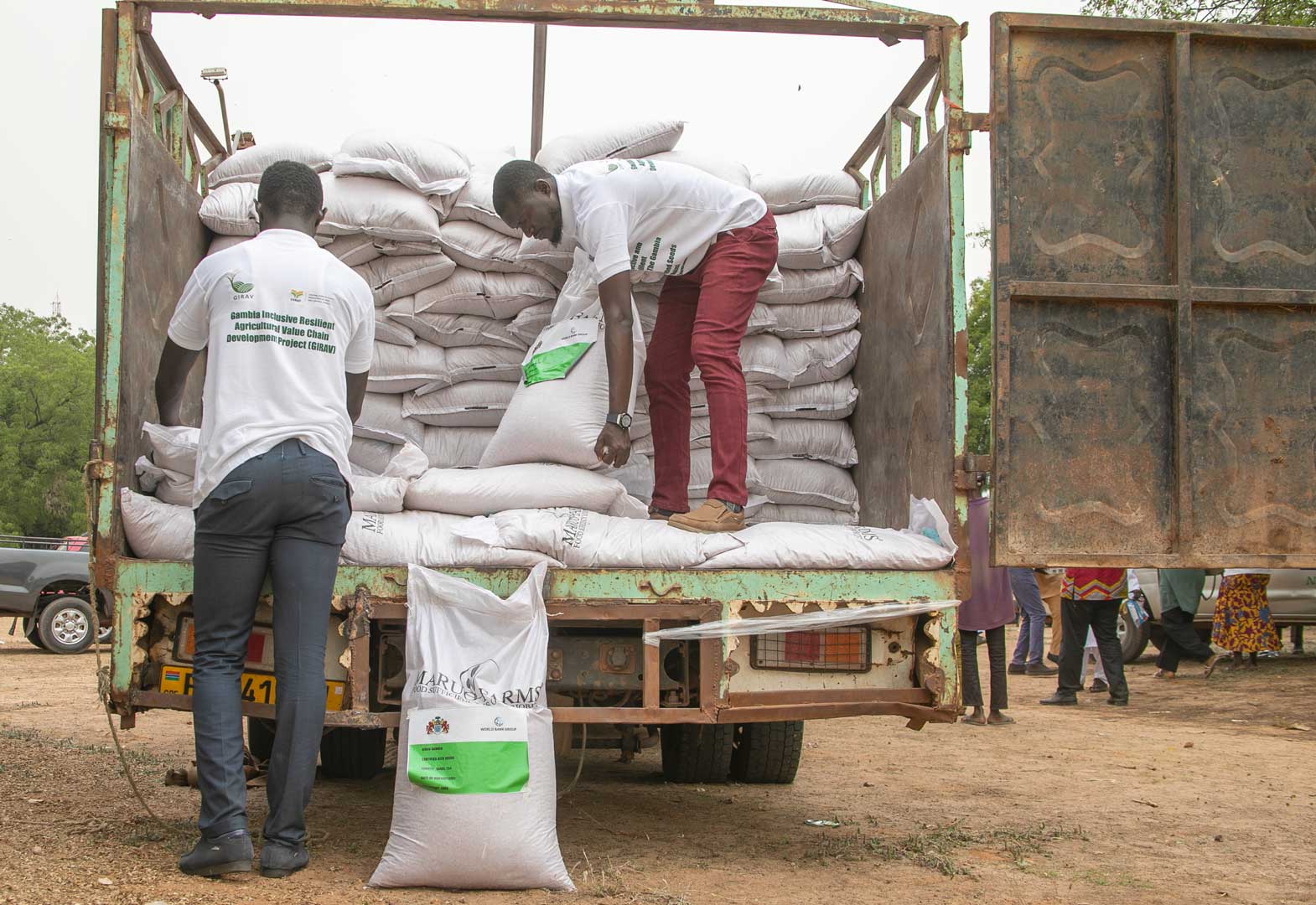 The Gambian Ministry of Agriculture, the World Bank and CORAF officially launched, in Abuko not far from Banjul, the national distribution campaign of certified seeds for the year 2022, in Gambia. The ceremony saw the presence and participation of several other stakeholders, including farmer organizations, seed quality control officers, etc.

“A total of 12,500 smallholders producers, of which 10,000 are producing rice and 2,500 are producing maize, are targeted for this seed program and we anticipate that 50% of them will be women,” said Ms. Feyi Boroffice, World Bank Resident Representative in The Gambia.

The World Bank is funding the GIRAV project, which targets smallholder farmers and small agribusinesses operating in four identified priority value chains: rice, horticulture, cashew and poultry —in conjonction with maize for feed.

“Gambia staple food is rice and it is consumed in almost all households. And less than 40% of the quantity consumed is produced locally. Hence, millions of US dollars are annually spent on food import,” said at the official distribution launching ceremony, Honorable Dr. Demba Sabally, Minister of Agriculture of The Gambia.

“To curve this negative and unsustainable trend, the Gambian Ministry of Agriculture, in collaboration with the World Bank, CORAF and AfricaRice, has introduced climate-smart and salt tolerant rice varieties in the farming systems in 2022 seasons,” added the official.

Mr. Abdoulie Touray, Coordinator of the GIRAV Project in The Gambia, believes that the provision of these high-quality certified rice and maize seeds will not only help farmers access to improved planting materials, but will enhance production and productivity, hence contribute to food self-sufficiency and by extension, reduce the country importation of rice and maize.

As a regional body, CORAF is responsible for facilitating the transfer of technologies across the region, within the framework of the GIRAV program.

The improved and climate-adapted seed varieties that are given to Gambian farmers will enhance their resilience to climate change and other challenges, and help Gambian agriculture transition from subsistence to market-oriented agriculture,”

The GIRAV project aims to promote the development of inclusive, resilient and competitive agricultural value chains, with a particular focus on smallholder farmers and agribusinesses in The Gambia.

The project is funded by the World Bank to the tune of 40 million USD.