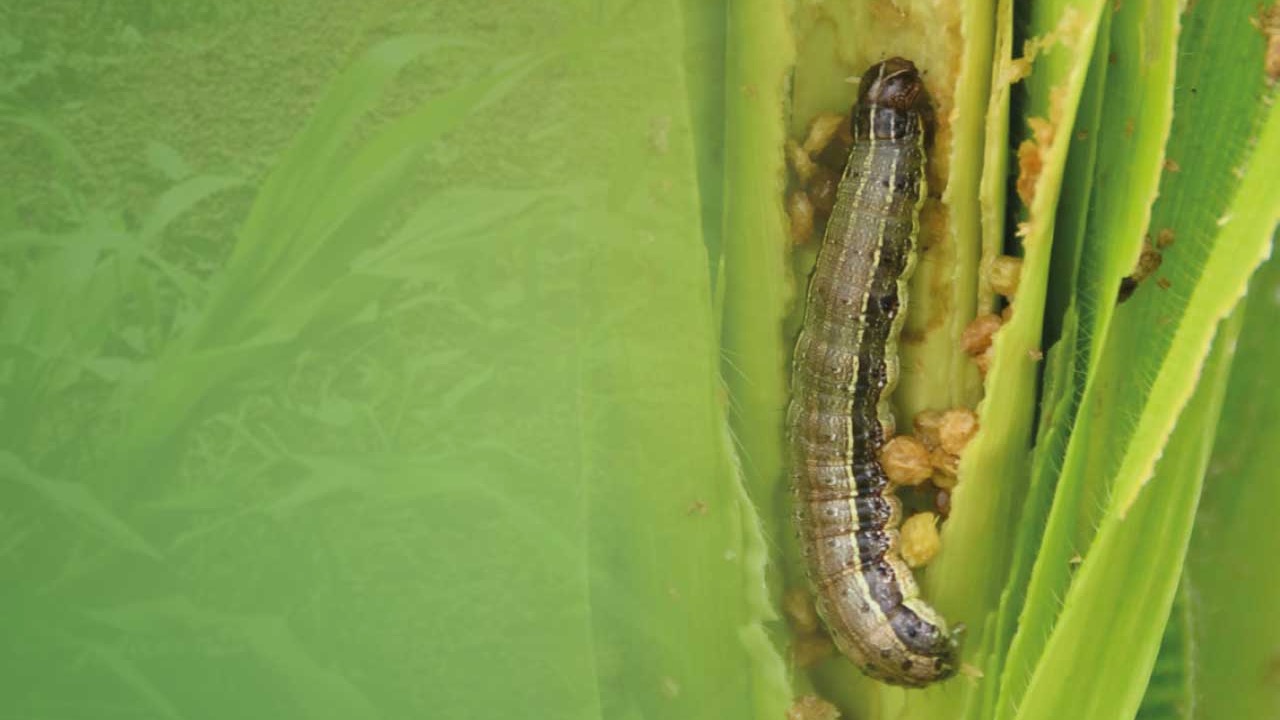 Scientifically called Spodoptera frugiperda, the fall armyworm (FAW) is nowadays one of the most harmful pests, which attacks more than eighty (80) species of plants.

Staple crops such as maize, rice and sorghum are among the crops that are plagued by FAW, as well as vegetable crops and cotton.

“Fall Armyworm attacks most economically important cereal crops in West and Central Africa. This is why it is important to combat it effectively, to help farmers mitigate the losses it causes, and thus guarantee food security and increase their incomes,” says Dr. Ousmane Ndoye, Coordinator of the ‘Anticipate and manage biological risks to strengthen farmers’ resilience to climate change in West and Central Africa’ project (Biorisks) at CORAF.

CORAF, in its mission of coordinating agricultural research in West and Central Africa (WCA), is implementing several initiatives aimed at strengthening farmers’ resilience against emerging risks to agricultural production, including FAW.

In addition to providing farmers with pest-resistant/tolerant seeds, CORAF interventions also aim to equip them with the knowledge and skills needed to effectively combat the scourge.

However, to be effective, the fight against FAW must be a concerted action between all countries. And to ensure this effectiveness and harmonization of efforts, it is necessary to complement this knowledge with good communication practices.

“To fight against a common enemy, it is necessary to know its biology, behavior as well as it habitat and above all, to know how to communicate in order to effectively coordinate the interventions,” emphasizes Dr. Ndoye.

“This is why it is important to adopt a good communication strategy, not only to be constantly informed about the fall armyworm and its evolution, but also to properly coordinate the efforts to fight against the scourge.”

For this purpose, CORAF will strengthen during five (05) days, from June 13 to 17, 2022, in Praia, Cape Verde, the capacities of plant protection specialists from partner research institutions of two of its major projects: the Biorisks project and the Partnership for Agricultural Research, Education and Development in West Africa (PAIRED).

Agents of the Ministries of Agriculture of the twenty-three (23) WCA countries covered by CORAF as well as other CORAF technical partners, will also benefit from this training.

Participants will also have the opportunity to share their experiences in the fight against FAW, and discuss strategies to better coordinate control efforts.

The expected outcomes of the workshop are:

The workshop is organized within the framework of the implementation of the activities of two CORAF initiatives.

The PAIRED program which is a five-year program (2017-2022) funded by the United States Agency for International Development (USAID), and the Biorisks project, funded by the European Union.