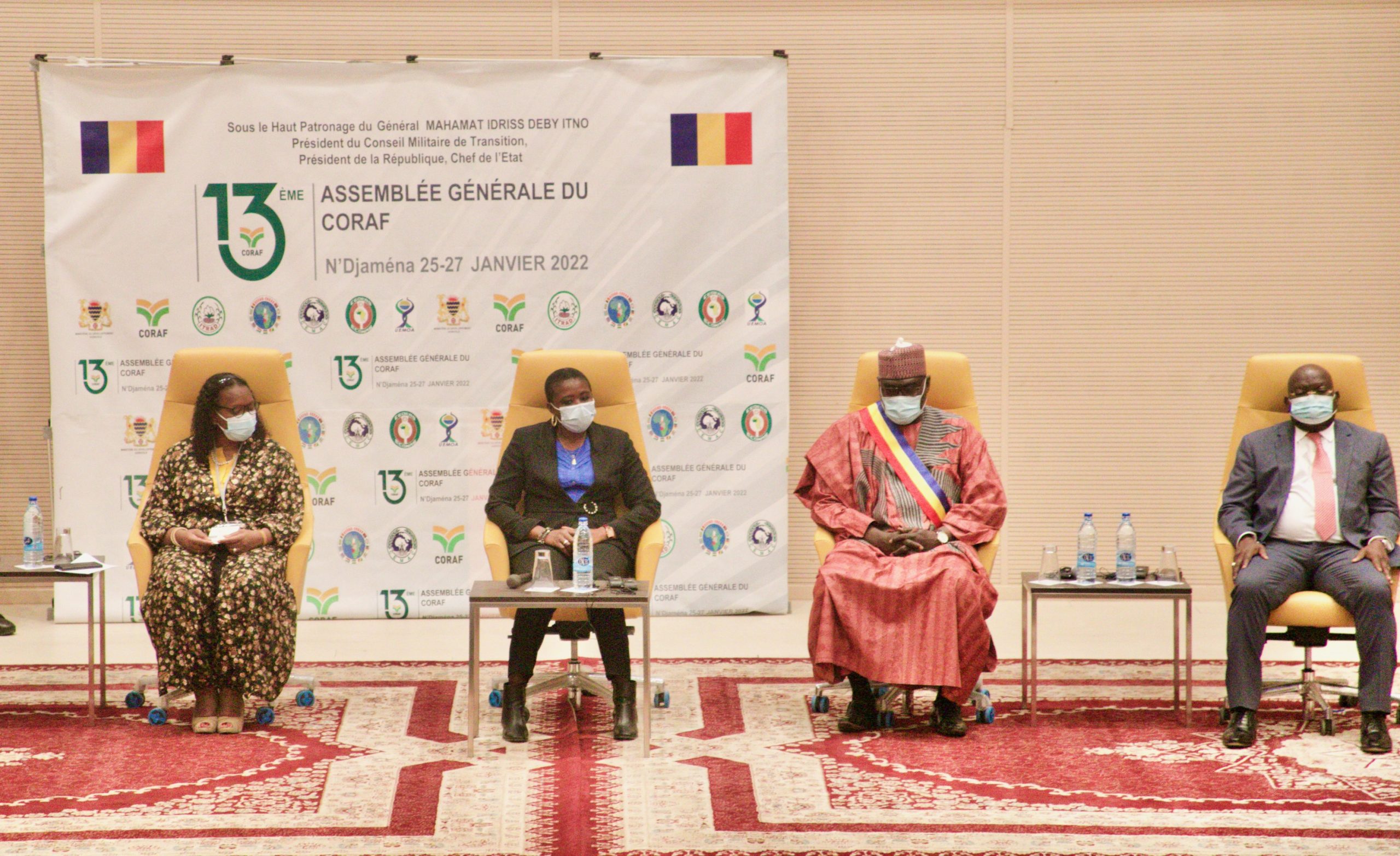 The 13th General Assembly of CORAF ended this evening in the Chadian capital, N’djamena, with the approval of new plans to enable Central and West African countries to tackle the challenges of food and nutrition security.

The delegates at the 13th General assembly had gathered in Chad seeking to review and approve a refreshed 2018-2027 Strategic Plan and the 2023-2027 Operational Plan. Both documents are now approved and would serve as the framework for the intervention of CORAF during the next five years.

Several other governance tools were also approved. This includes the revised status of CORAF, the internal regulation and revised manual of the Board of Directors of CORAF.

CORAF is an association composed of national agriculture research institutes. Based on the rules, they are expected to pay modest annual dues for their membership to be in good standing. However, few of the members have fully paid their annual dues. Therefore, the General Assembly called on all NARS to pay their dues. They also encouraged the Executive Secretariat to take measures to raise funds from countries within CORAF’s geographical coverage zone and the AfDB and other donors.

Amidst the plethora of challenges facing West and Central Africa, it can be easy to overlook the role of research in agriculture and, as a result, the work of CORAF — which is the coordination of research. Delegates at the 13th General Assembly called on CORAF to step up its advocacy work in favor of research and science, particularly among member countries.

Other significant decisions taken include the renewal of the mandate of the members of the Board of Directors of CORAF until the next General Assembly in April 2024, in Cotonou, Benin.

Lastly, the participants recommended that CORAF strengthens ties with existing partners while expanding to new actors.

Read the final communique of the 13th General Assembly of CORAF