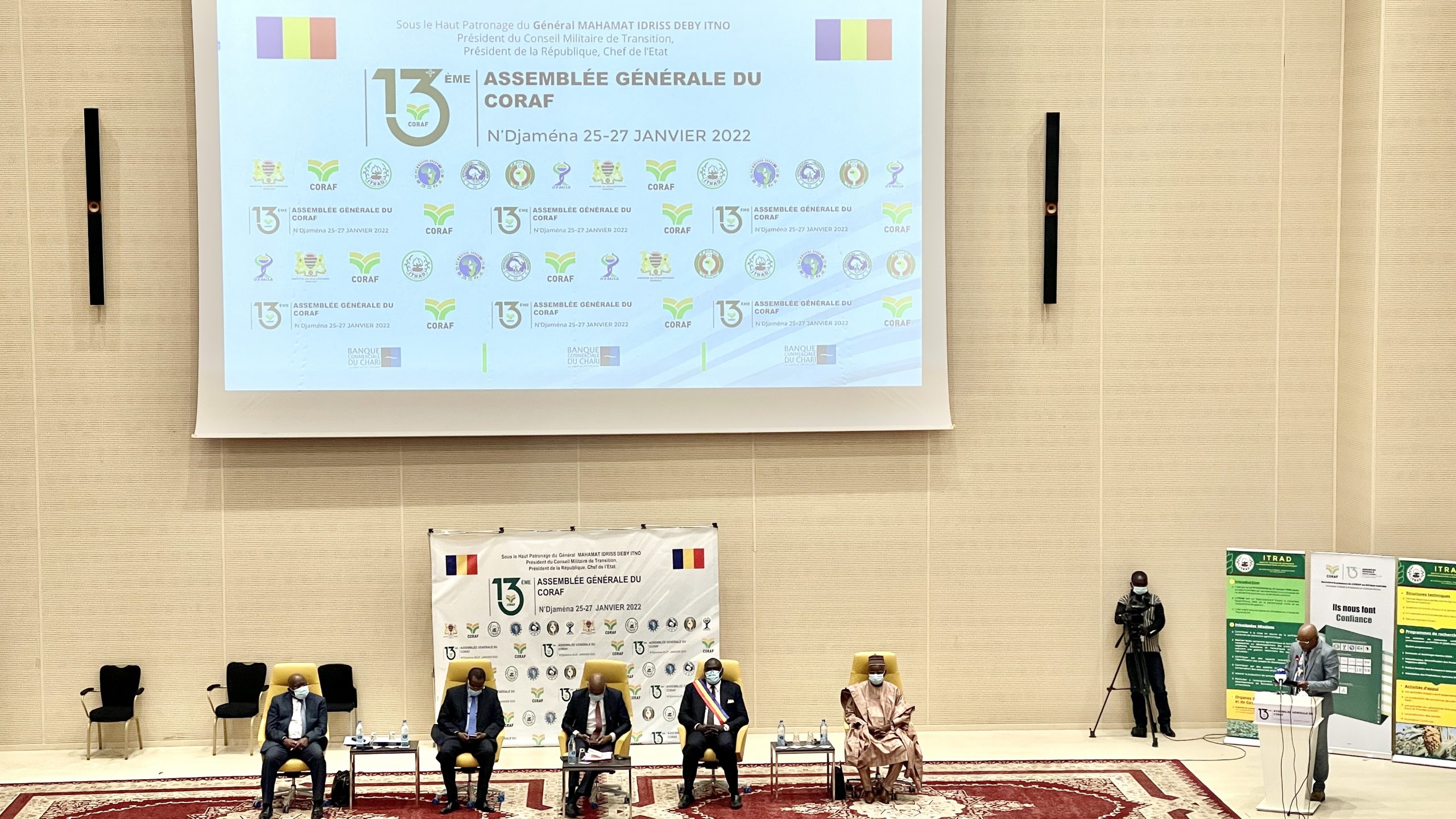 The 13th General Assembly of CORAF kicked off today, Tuesday, January 25, 2022, in the Chadian capital, N’djamena. The official opening ceremony was presided over by the special representative of the President of the Republic of Chad, Acheick Ibn Oumar, Chadian Minister of State, in charge of Dialogue and National Reconciliation.

In his opening remarks, the representative of President Mahamat Idriss Déby Itno viewed the General Assembly as an opportunity to fully discuss some of the challenges facing both West and Central Africa and identify innovative solutions.

The opportunity has come to clarify the problems that have delayed us compared to other sub-regions and to define strategies for pooling the material and financial resources for the development of our communities,”

Most of the first day of the event will focus on getting CORAF to be fully recognized as an inter-state tool for cooperation in agricultural research and development for West and Central Africa.

CORAF currently has cooperation agreements with four regional economic communities in West and Central Africa. These include:

A discussion titled “Research Leaders Forum” will allow Heads of national agriculture research institutes to brainstorm on ways of working better with CORAF. And the last event of the day would include recognizing some personalities who have a track record of contributing to the growth of research and development in West and Central Africa.

Validation of the Central African Strategy

Increasingly CORAF aspires to become a responsive organization, working to meet the demands of its different constituencies. For the past two years, it has been hashing out a plan to increase its footprint in Central Africa.

At the N’djamena General Assembly, delegates will review and adopt the new strategy to enable greater footprints of CORAF in Central Africa.

I hope the Central African strategy helps unlock the potential of the region,”

A Day to Showcase Chad’s Innovations

Most of the organizations have been invited to showcase their innovations on day II of the General Assembly. In addition, panel discussions will allow participants to review the progress made in devising innovations to support Chadian farmers, herders, agro-processors, and businesses.

“The exhibition is intended to showcase the research results, scientific innovations, and various products resulting from the transformation of African agriculture,” explains Yacine Doudoua, Director of ITRAD.