Home Benin “We Work Primarily to Improve the Plight of Farmers,” CORAF’s Chair 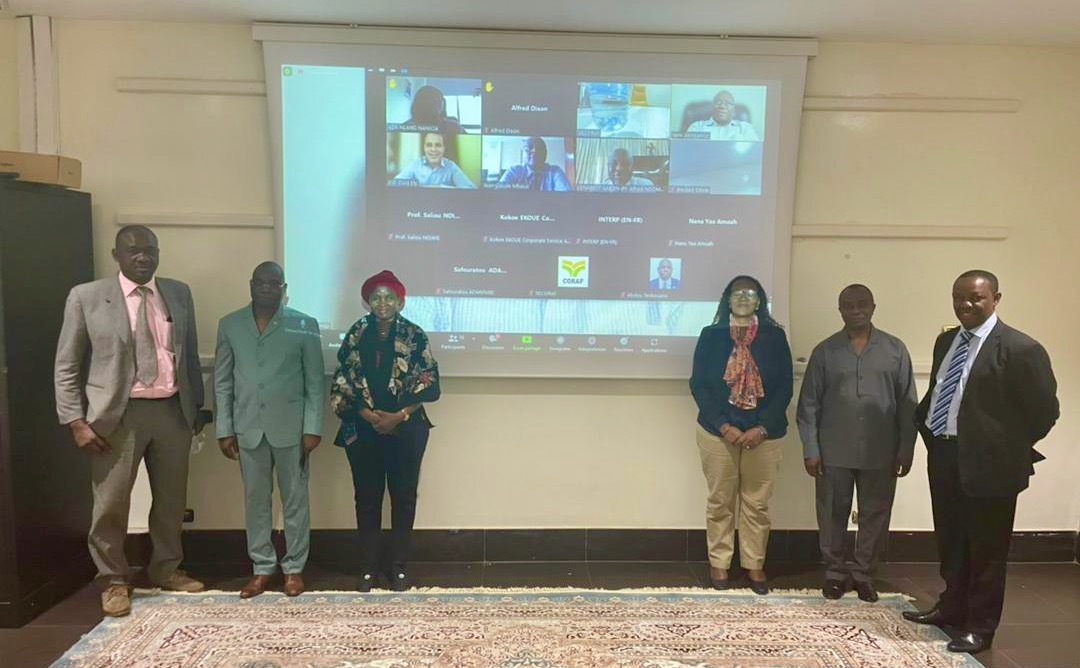 The Chair of the Board of Directors (BoD) of CORAF, Dr. Angela Moreno, has called on the institution’s governance to continue serving the underprivileged Africans needing innovations and technologies to have a shot a life.

“We do work for ourselves. We work for the plight and dignity of African farmers,” said Dr. Moreno at the closing ceremony of the 31st BoD of CORAF.

CORAF seeks to enhance food and nutrition security in West and Central Africa by scaling up vital food system technologies and innovations. Twice a year, it holds its statutory BoD meetings to review progress in implementing agreed plans and better plan the future.

This year, CORAF’s leadership decided to hold the 31st iteration of the BoD in N’djamena, Chad. The hybrid (virtual and physical) meeting took place on January 18-20, 2022. At the three-day meeting, the administrators listened to the progress made in terms of the ongoing work plan as well as the 2022 annual work plan and budget.

The following were reviewed and approved:

Speaking at the closing ceremony of the BoD meeting, Dr. Moreno expressed her deep appreciation to the management of CORAF, partners, staff of the Executive Secretariat for the excellent work accomplished.

CORAF is sharpening its strategic plan to address emerging issues while leveraging stronger partners to achieve its mission better. The CORAF Chair thanks all existing partners of CORAF and called on additional work to build new partnerships for enhanced food and nutrition security and strengthen the resilience of the people of West and Central Africa.

The 31st BoD meeting precedes the upcoming 13th General Assembly of CORAF, which is expected to hold in N’djamena from January 25-28, 2022, under the patronage of the Head of State. The General Assembly is CORAF’s highest decision-making body, meeting every three years to review and adopt critical plans and governance tools to advance the organization’s mission.