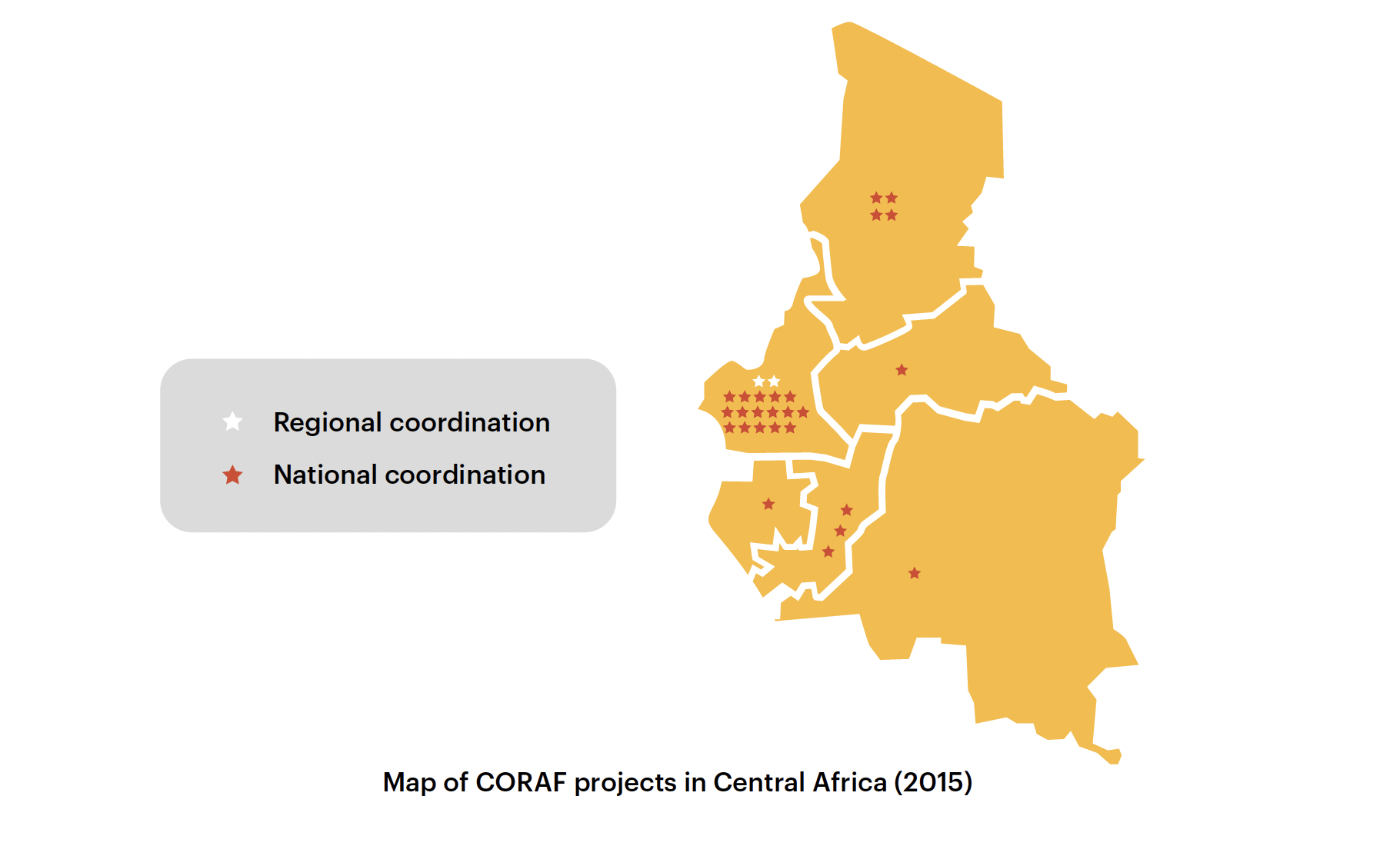 A new road map to enable CORAF to strengthen its cooperation with its partners in central Africa has been reached following broad consultations with Central African actors.

Meeting in Kinshasa, the Democratic Republic of Congo, between November 22-24, 2021, CORAF stakeholders reviewed and validated a wide-ranging plan to facilitate the integration of Central Africa in CORAF’s activities.

“We have always worked in Central Africa as evidenced by the close to two dozens projects we have implemented in Central African countries during the past few decades,” argues Dr. Angela Moreno, Chairperson of the Governing Board of CORAF.

“But if we are going to attempt at reversing current trends on food and nutrition insecurity for the close to 430 million people in West and Central Africa, we must ramp up our activities by providing proven research solutions in Central Africa.” Dr. Moreno led the CORAF delegation to the Kinshasa talks.

Key to the road map are plans to strengthen greater scientific cooperation between CORAF and the regional economic communities (Economic Community of Central African States (ECCAS) and Economic and Monetary Community of Central Africa (CEMAC). Central African actors also called upon CORAF to shape the new strategic direction of ECCAS, supporting two regional centers of excellence. This includes the Regional Center for Applied Research in the Development of Agricultural Systems in Central Africa (PRASAC) and the African Center for Research on Bananas and Plantains (CARBAP). The plan also includes, among others, hosting a regional agriculture fair to disseminate technologies further.

CORAF was also called upon to engage more with the countries, notably all ECCAS-member countries, including Rwanda, Angola, and Burundi.

CORAF currently has a memorandum of understanding with ECCAS. The Kinshasa talks concluded with calls for CORAF to seek to establish a similar MoU with CEMAC. Negotiations would also be made to allow CORAF to have observer status at meetings of the regional economic communities to provide better scientific guidance to both institutions.

The event was funded by the Science led climate-relevant agricultural transformation in West and Central Africa (CAADP-XP4), a project funded by the European Union and implemented by CORAF.