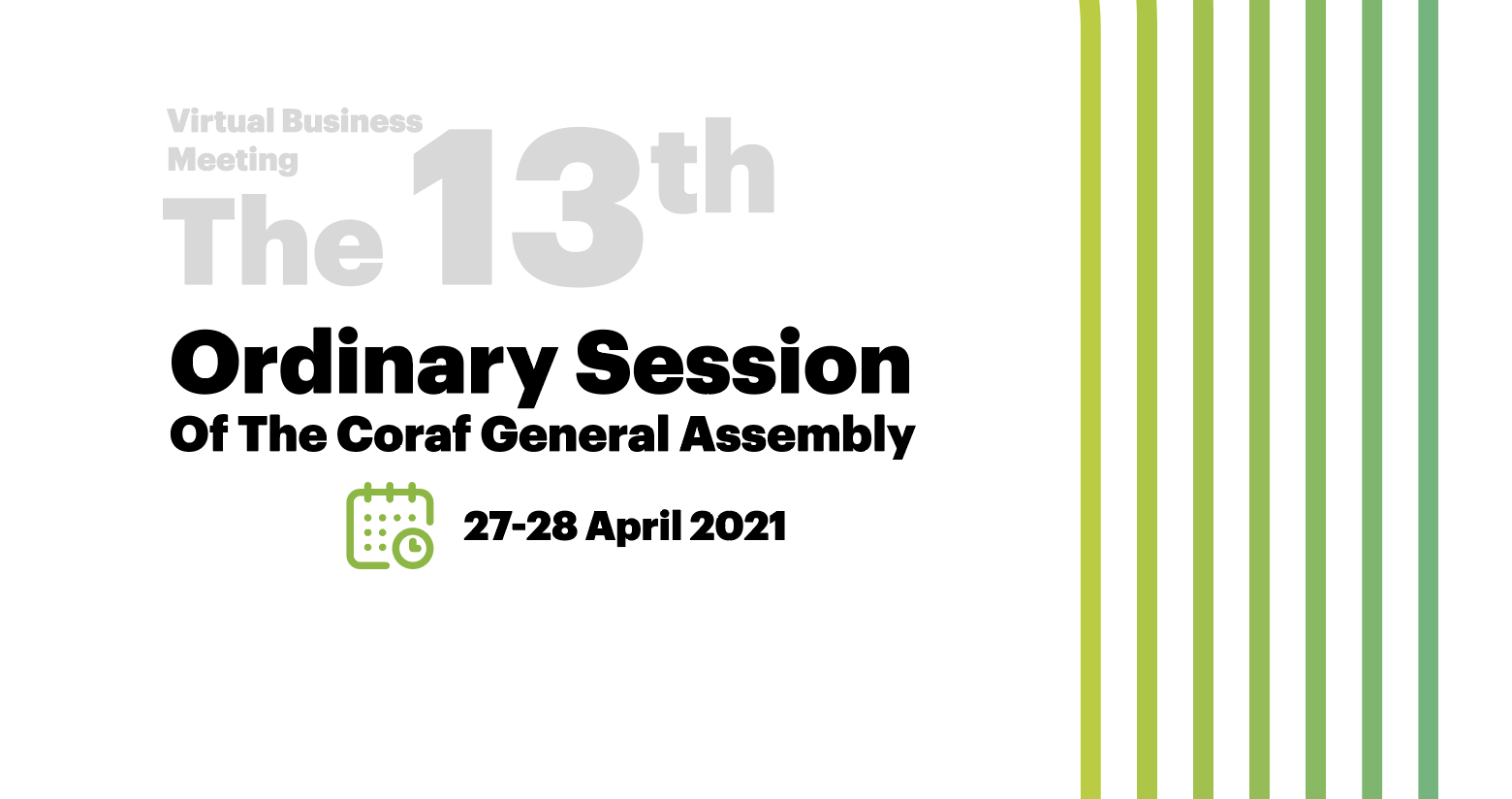 The virtual business meeting of the 13th General Assembly, CORAF’s highest decision-making tool, has ended with the approval of revised governance instruments and proposals to reinforce the organization’s presence in Central Africa. So what are some of the main conclusions of the meeting?

The business meeting of the 13th General Assembly of CORAF would be remembered for endorsing a road map for CORAF’s greater involvement in Central Africa. While CORAF has been present in Central Africa since it founding with the funding of some projects, it recently made a determination to get more involved strategically. With its prime partner, the Economic Community of Central African States (ECCAS), prioritizing agriculture, CORAF sees many opportunities to accompany the region’s countries to transform their agriculture potential.

ECCAS explicitly called on CORAF to get more involved in Central Africa at the 13th GA. “I would like to ask CORAF to increase its involvement in Central Africa and to continue to support our national agricultural research systems, especially in the capacity building of actors in the agricultural sector,” according to His Excellency Honore Tabuna, ECCAS Commissioner for Agriculture.

With the road map adopted, CORAF would further engage research and development actors in the region for a greater buy-in of proposed plans in the months ahead. The second part of the GA is planned to hold in the Chadian capital in Ndjamena in January 2022.

CORAF is in the third year of institutional reforms started in 2018. This has involved reviewing existing governance tools, procedure manuals and ensuring they are updated to ensure better governance of the organization. Few areas in which CORAF is looking at making changes to its governance instruments include achieving parity in the male-female representation in its Governing Board, to be subsequently called the Board of Directors.

Renewal of the Mandate

Current members of the Governing Board of CORAF were elected at the 2018 General Assembly held in Dakar, Senegal. Their mandate was renewed for another three years to allow them to see through the ongoing reforms in CORAF. CORAF’s Governing Board of Directors is composed of 12 members drawn from national agricultural research institutes, farmer groups, the private sector, and regional economic communities. Financial and technical partners, a member of the Forum for Agriculture Research in Africa, sit on the board as observers. Once the reforms go into effect, the new composition of the Board of Directors would be made up of eleven members.