Home Access to Markets Mobilizing the Diplomatic Corp for Agri-Research 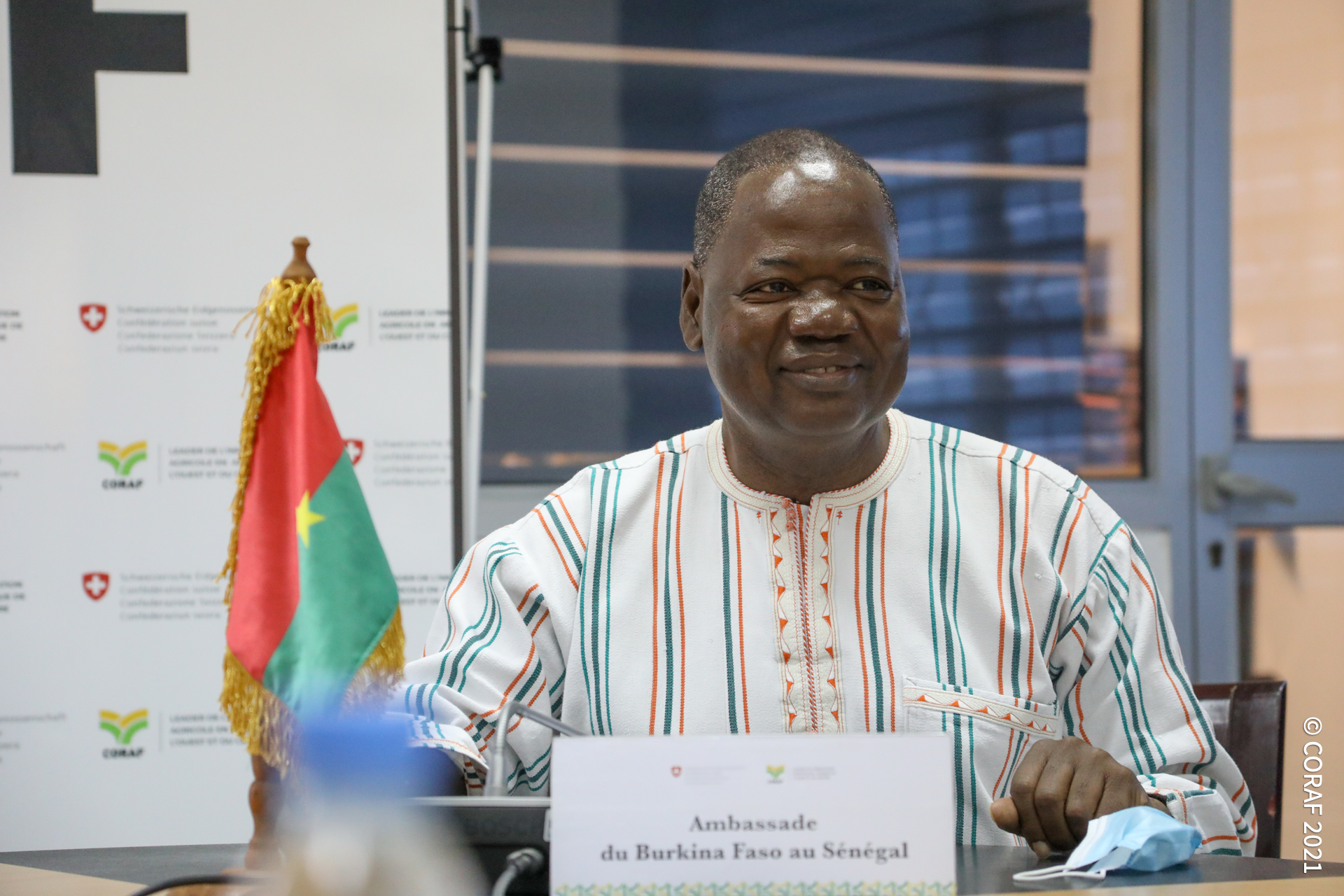 Burkina Faso’s ambassador to Senegal, His Excellency Jacob Ouédraogo, has expressed his intentions to convene the diplomatic corp in Senegal to advance agricultural research and innovation in Africa.

“I suggested to CORAF to initiate a meeting at the level of fellow ambassadors and diplomatic missions so that they are aware of CORAF’s activities and are able to call upon the various governments concerning the expectations regarding the issue of funding,” said His Excellency Jacob Ouédraogo after a recent meeting to the Executive Secretariat of CORAF in Dakar, Senegal.

In a brief working visit with the Executive Director of CORAF, Dr. Abdou Tenkouano, the top Burkinabe diplomat to Dakar, said he was considering the possibility of convening a diplomatic round table to mobilize the resources necessary to facilitate CORAF’s work. CORAF is an instrument for research coordination in West and Central Africa.

I am one of those who believe that diplomacy must go beyond offices and be useful in to our people and region.”

During an interview on Agripreneur TV, the diplomat argued that African countries could no longer rely on external aid to support and finance research in the countries.

To him, the pooling of efforts is critical to achieving autonomy in all senses.

The Ambassador of Burkina Faso in Senegal oversees the missions in Senegal, Cape Verde, The Gambia, Guinea-Bissau, and Mauritania.