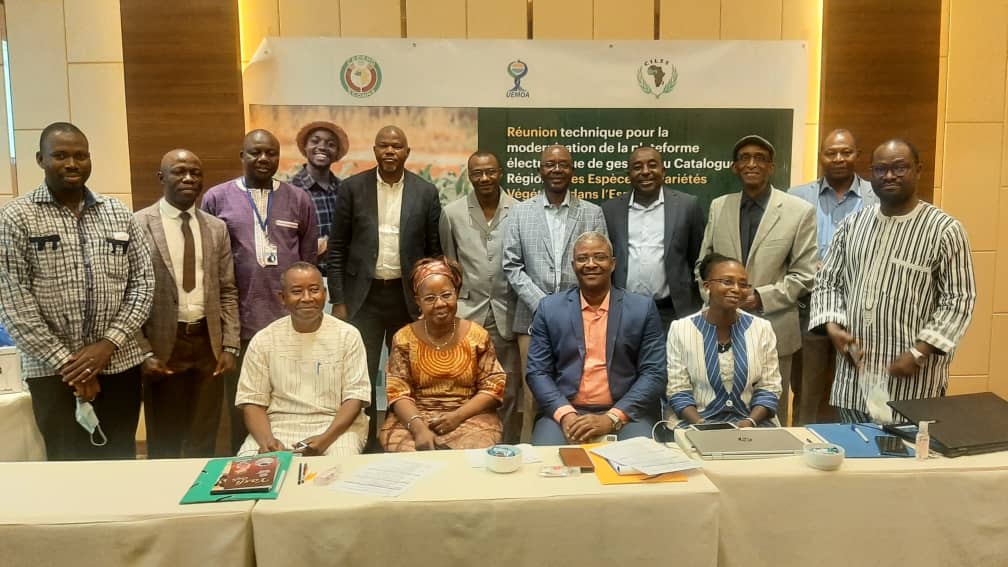 [Ouagadougou] — Experts from several regional and international organizations will meet in the Burkinabe capital —Ouagadougou— from February 1 to 5, 2021, for a technical meeting. Their overarching goal is to modernize West Africa’s Regional Catalog of Plant Species and Varieties’ electronic data platform.

Organized by CORAF, the meeting will enable actors to develop the terms of reference (TOR) and establish a roadmap for the modernization of the data platform of the West Africa’s Regional Catalog of Plant Species and Varieties on the one hand. They will also define the modalities for extending the list of plant species to other crops of economic and food security importance in the Regional Catalog.

The West Africa’s Regional Catalog of Plant Species and Varieties was developed by CORAF in collaboration with its national and regional partners and within the framework of the Partnership for Agricultural Research, Education, and Development in West Africa (PAIRED). It facilitates the access to new certified plant varieties and the marketing of seeds in the ECOWAS-WAMU-CILSS regional area.

Three (03) main results are expected at the end of this meeting:

The present meeting plans to extend the list of economic and food security importance beyond the 11 mentioned above, considering crops such as sesame, soybean, sweet potato, okra, local eggplant, and bissap etc.

In order to be recorded in the Catalog —as was the case for the 11 crops currently recorded— it is imperative that the candidate varieties are approved at the national level and meet the following three conditions:

The meeting will see the participation of fifteen experts from CORAF, the Permanent Interstate Committee for Drought Control in the Sahel (CILSS), the West African Economic and Monetary Union (WAEMU), the Food and Agriculture Organization of the United Nations (FAO), the United States Agency for International Development in West Africa (USAID), and also experts in DHS testing —Distinction , Homogeneity, Stability.