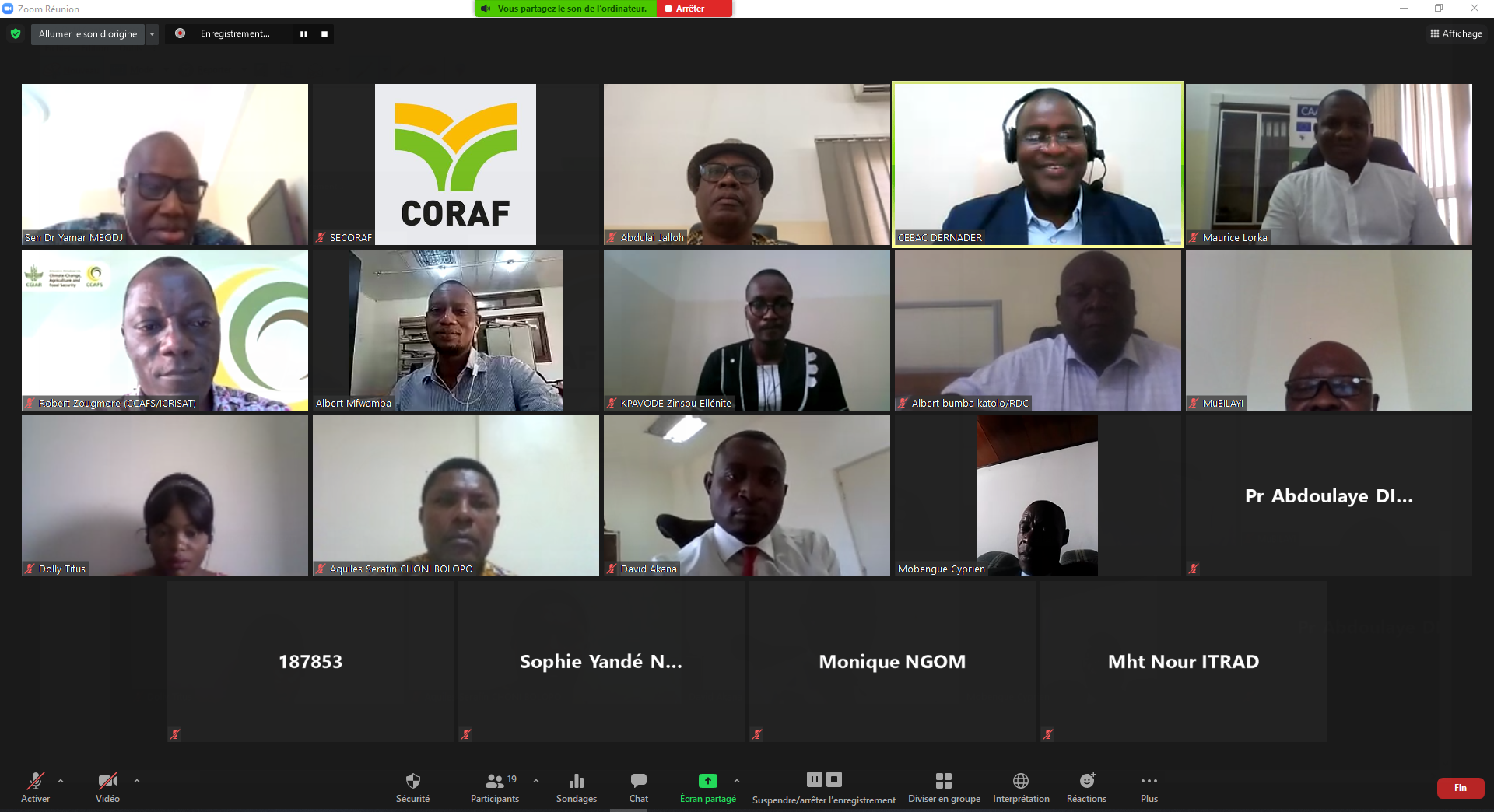 Like many parts of Sub Sahara Africa, Central Africa’s food system bears the brunt of climate change, resulting in low productivity. As governments, development actors, and civil society step up efforts to increase food production to meet the increasing demand, many options are being considered.

On December 09, 2020, CORAF assembled key environment and agriculture stakeholders from Central African countries, including the Economic Community of Central African States (ECCAS), to brainstorm on the possibilities of establishing a CSA Alliance in Central Africa.

The CSA Alliance serves as a coordination platform through which actors can have an open dialogue to align initiatives better and harmonize efforts to scale up climate-smart interventions.

“It is important to create a regional framework for dialogue between research and policymakers on the issue of climate change in agriculture,” said the representative of the Executive Director of CORAF at the opening ceremony of the online event.

“Agricultural research and development will not only contribute to new technologies and good practices but also generate the scientific evidence needed to make appropriate decisions to guide policies on climate change in agriculture.”

The West African region already has a CSA initiative. Established in 2015 in Bamako, Mali, the CSA initiative supports evidence-based decision-making in agriculture and climate change.

For the CSA initiative to work in Central Africa, the regional economic community has to take some leadership role, experts argue.

Present at the virtual event was Mr.Abakar Mohammed, an Agro-Economist Engineer and also Head of the Agriculture and Rural Development department of ECCAS.

In his introductory statement, he thanked CORAF for initiating such a move to engage food system actors from Central Africa to solve the challenges facing agriculture.

The Senior ECCAS official welcomed the approach of establishing a CSA Alliance in Central Africa. He detailed the Common Agriculture Policy as well as the Nationally Determined Contributions of Central African countries.