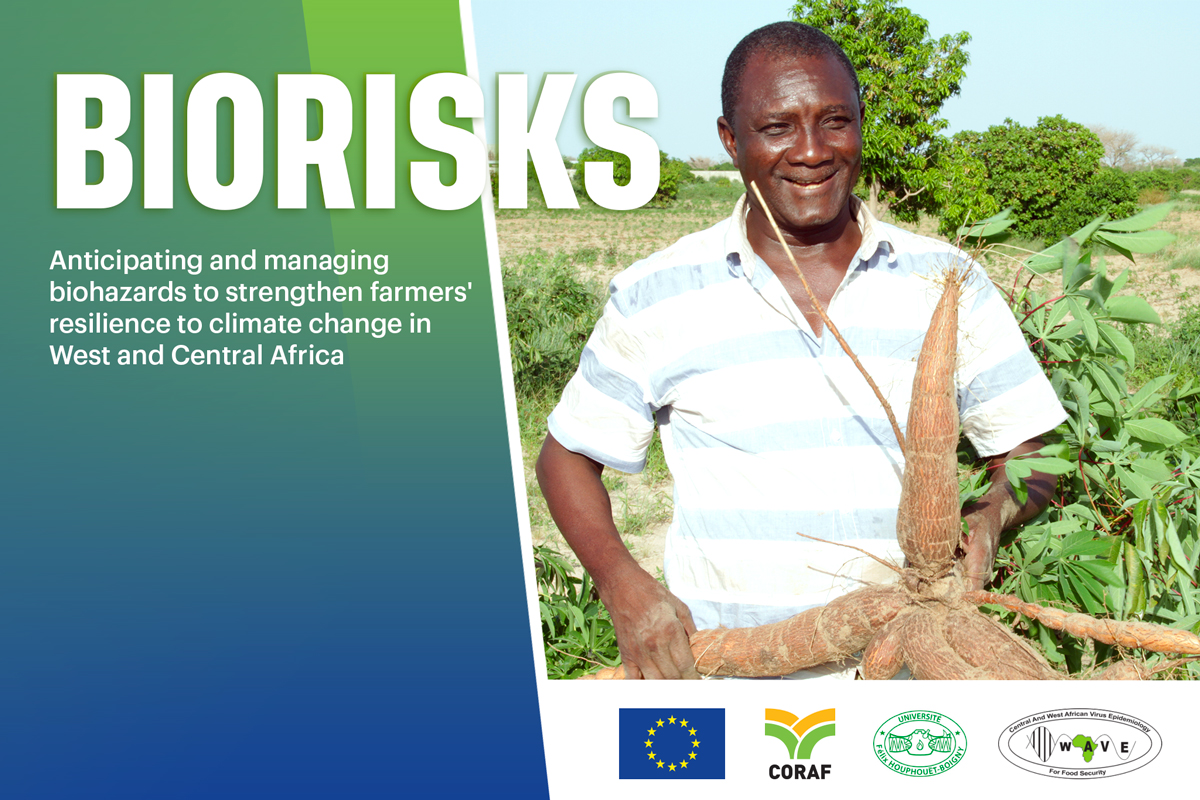 The 5-year project is funded by the European Union and will be implemented by CORAF and the WAVE Program (Central and West African Virus Epidemiology for food security), of Félix Houphouët-Boigny University of Abidjan.

The launch of this project, which will certainly play a crucial role in the food and nutritional security of the sub-region, will be carried out on October 6, 2020 from 9 a.m., Universal Time, during a 2-day virtual workshop.

Thus, in the long term, the BIORISKS project aims to contribute to poverty reduction and the improvement of food and nutritional security in ten West and Central African countries: Benin, Burkina Faso, Cameroon, Ivory Coast, Gabon, Ghana, Nigeria, Democratic Republic of Congo, Sierra Leone and Togo. This objective is particularly aimed at improving the productivity of farmers and stabilizing the yields and incomes of the main staple and fruit crops in the target countries.