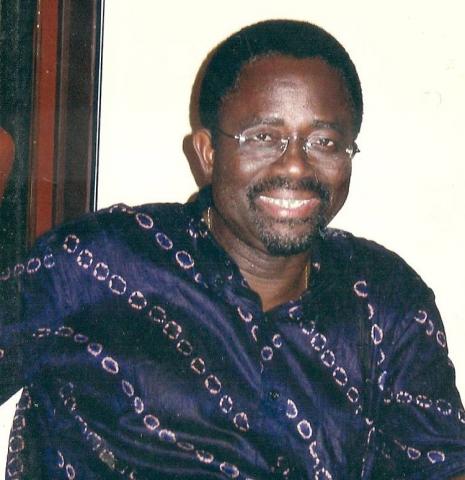 Dr. Dominique Hounkonnou, a prominent and respected scientist who championed the cause of the underprivileged people of his native Benin and across Africa, has died.

The eminent Beninese scientist passed on after a brief illness on Monday, July 13, 2020, in the economical capital, Cotonou.

“It is with profound regret that we learned of the death of Dr. Dominique Hounkonnou,” said Dr. Ângela Maria Pereira Barreto da Veiga Moreno, Chairperson of the Governing Board of CORAF.

In 2017, CORAF engaged in a critical reform process. This included, among others, defining a new strategic direction. Getting it right required drawing from the top-notch experiences and experts in agricultural research and development. When CORAF called, Dr. Hounkonnou gladly accepted to help.

Together with Dr. Adama Traore, Dr. Hounkonnou crisscrossed the region, building consensus on the current strategic direction of CORAF. Their work resulted in the current 2018-2027 Strategic Plan and 2018-2022 Operational Plan of CORAF.

“CORAF has lost one of its great and historical figures,” said the CORAF Board Chair upon learning of his death.

“A tireless and well-known figure in the world of agricultural research and development, he combined intelligence, wisdom, insight, humility, joviality, and benevolence with an exceptional sense of listening. May God grant him perfect rest.”

Who is Dr. Dominique Hounkonnou?

Dr. Hounkonnou is an agricultural engineer. He trained at the Faculty of Agricultural Sciences of Gembloux University in Belgium. He obtained his Ph.D. in social sciences from the University of Wageningen in the Netherlands. For close to ten years, he helped local communities in his native Benin have access to innovations.

After that, he joined Technical Centre for Agricultural and Rural Cooperation ACP-EU (CTA), where he worked for close to 12 years.  He was a local development consultant for the Berceaux d’Afrique Foundation, which he created with some friends to support local development action groups. Dominique was also Vice-president of Access Agriculture.