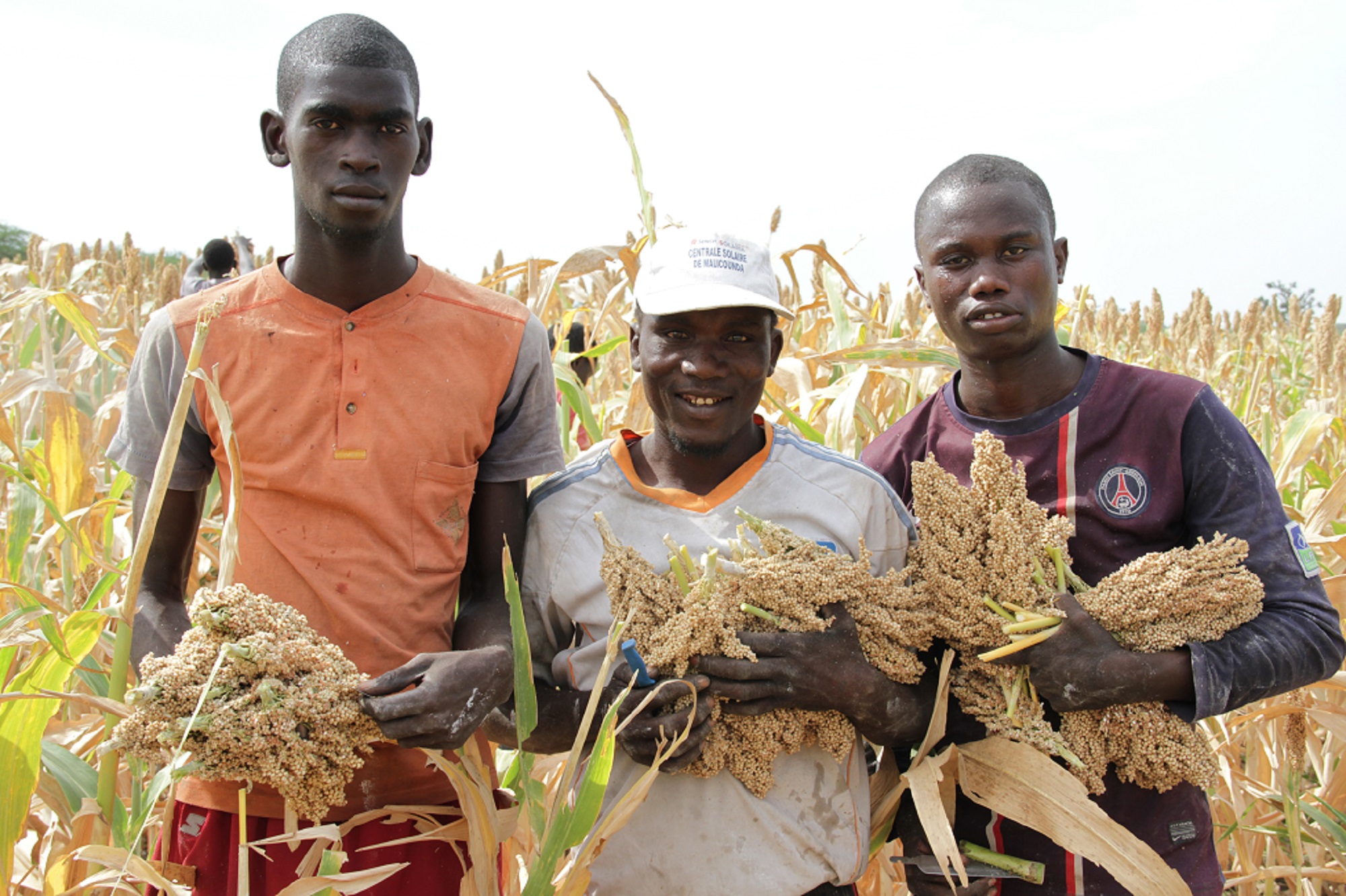 A new project aimed at strengthening the resilience of rural communities in the Sahel to climate change through the establishment of modern equipment and infrastructure for the breeding of varieties of five climate-sensitive crops will be launched on Monday 9 March 2020 in Dakar, Senegal.

Funded by the European Union, the West Africa Breeding networks and Extension Empowerment abbreviated ABEE will be implemented by CORAF.

“Under the West Africa Agriculture Productivity Program, we made substantial progress in building the infrastructure for cereal research in the Sahel and across West Africa,” says Dr. Abdou Tenkouano, Executive Director of CORAF.

This intervention offers a tremendous opportunity for CORAF and its partners to not only further strengthen the cereal (millet, sorghum and fonio) and legumes (peanuts and cowpeas) breeding system but also to build the resilience of our rural communities suffering from the burden of climate change.”

ABEE seeks to reach over 40.000 direct beneficiaries in five years.

“The project provides an opportunity for the beneficiary countries not only to modernize programs for the selection of varieties of different crops and the strengthening of seed systems, but also, through technology transfer, and good practices,” says Dr. Sylvie Lewicki, Regional Director of CIRAD.

Through ABEE, breeders will be empowered to generate and disseminate climate-resistant dry cereal varieties for farmers and producers in Burkina Faso, Niger, and Senegal.

“Ultimately, the project will improve farmers’ access to high-yielding varieties. This would further enhance the food and nutrition security of households and beneficiary families,” says Dr. Mella Mamane, General Director of INRAN.

Thanks to the ABEE project, smallholder farmers will have access to climate-resistant varieties that are adaptable to local and commercial realities,” says Dr. Hamidou Traoré, Director of INERA.

CORAF will coordinate with the national research systems in Burkina Faso, Niger and Senegal.

CORAF’s Regional Center of Excellence on Dry Cereals (CERAAS) will facilitate the exchange of data between breeding programs. A new generation of breeders and scientists to support the modernization of breeding in the region will also be prepared under this project.

The ABEE Project is part of the European Union’s “Developing Intelligent Innovation through Research in Agriculture (DeSIRA)” initiative and aims to contribute to sustainable increases in crop productivity, farmers’ incomes, and food and nutrition security in the context of climate change and demographic pressure.

Before the implementation of the ABEE project, the EU was one of the main funders of a multi-donor trust fund that enabled CORAF to implement its previous strategic and operational plan as well as greatly enhanced the AR4D approach across West and Central Africa.

Overall, the MDTF has reached more than 100,000 people in countries and communities against a target of 82,000 people. According to an independent evaluation of the MDTF, more women than expected accessed, adopted, and used technologies to improve agricultural productivity in West Africa during the period 2013-2016.

The MDTF has contributed to the sustainable improvement of productivity, competitiveness, and agricultural markets in West and Central Africa.