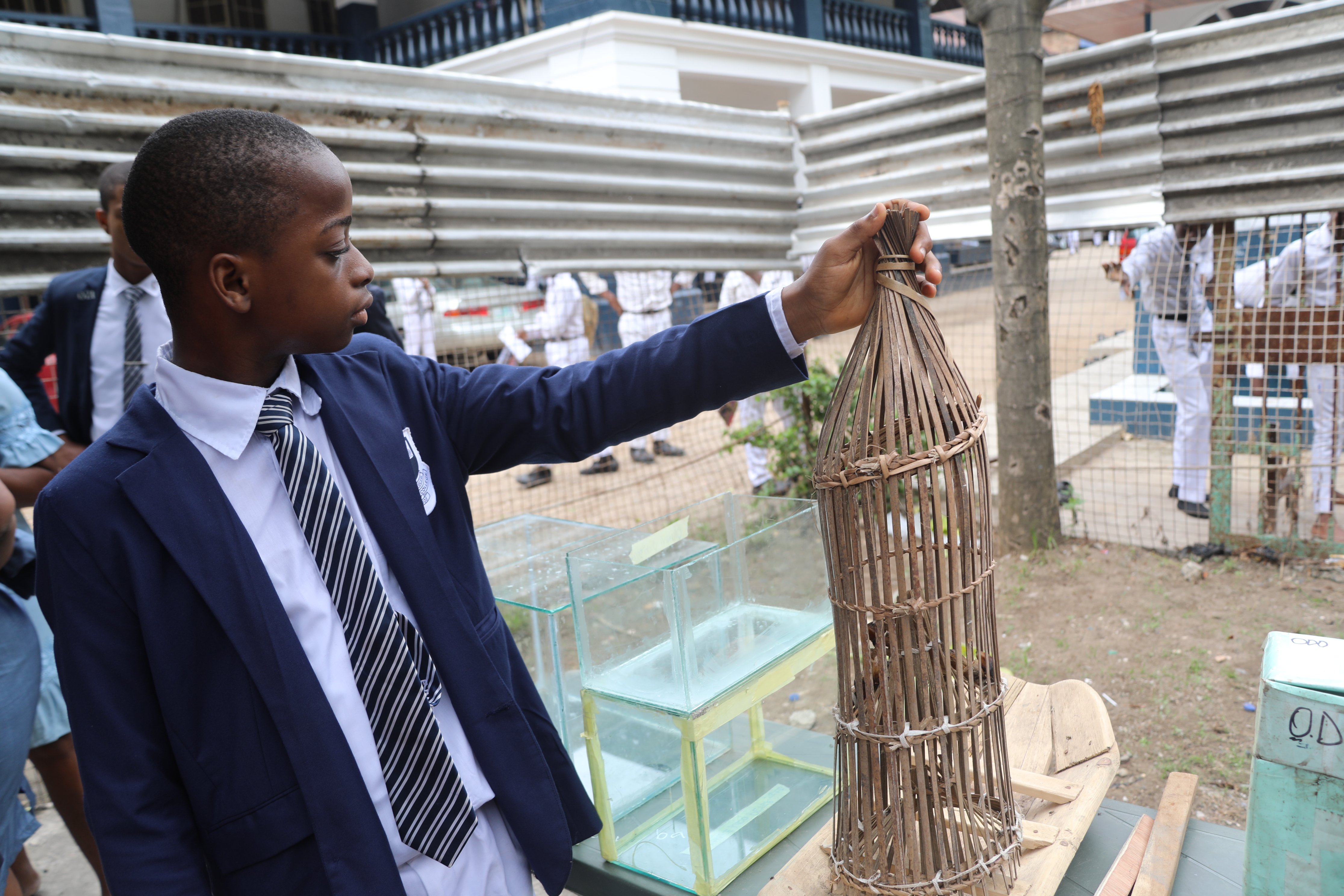 A public education campaign targeting mostly secondary school students in Nigeria is attracting teenagers at an unprecedented rate to aquaculture.

Pressure on fish products is on the increase in Nigeria as in most parts of Africa. As demand for fish rises among the growing population, the government of Nigeria under the West Africa Agriculture Productivity Program (WAAPP) undertook research and outreach measures in a bid to mainstream aquaculture.

Part of this included going into selected schools and training interested students, the basic techniques for rearing fish with the hope of getting them interested in the fishery sector at a younger age.

“For us in Nigeria, we think one of the sustainable ways of enhancing the fish culture is to engage the students and kids when they are young,” says, Dr. Mabel Yarhere of the Lagos-based Federal Institute of Oceanography and Marine Research (NIOMR).

“Changing the mindset of youths about anything including fishing is best done when they are young. So, our model of reaching out to young people is consistent with our ambition of getting Nigeria to be fish self-sufficient in the future,” added Dr. Yarhere.

WAAPP Nigeria started the campaign in schools in 2014. They adopted four schools for this purpose. Though the WAAPP has ended in Nigeria, the ‘adopted schools have retained a fit-for-purpose fish farm and in some cases established a fishery club.

In the economic capital, Lagos, Kings College, one of the country’s oldest schools has not only integrated fishery into the school curriculum but also put in place a vibrant club where students discuss fish activities.

“When I arrived in Kings College, I noticed that most students were interested in information, communications, and technology (ICT). Aware of the unemployment situation in Nigeria and the importance of diversifying one’s skill, I opted for fishing. A trade in fishing might make all the difference when we join the labor market in the future,” says Omokanye Abdul Lateef, a ninth-grade student of the college.

Nigeria’s push to mainstream aquaculture dates back to 2014 when inspired by results from WAAPP school outreach programs, the then Minister of Agriculture, Dr. Akinwumi Adesina, collaborated with the government to integrate fishery into the school program.

“What we can say is that thanks to WAAPP, we have been able to instill a fishery culture in our school system and this promises to be game-changer for the fish industry in future. To demonstrate the centrality of engaging young people, the current management of NIOMR has approved similar outreach to two schools in the 2019 budget,” says Dr. Yarhere, also NIOMR’s head of outreach.

WAAPP funded the outreach activities of NIOMR. Besides schools, WAAPP also reached out to three villages in Lagos State where they trained some of the community members about tilapia and catfish as well as different aquaculture practices. The WAAPP extension program used participative approaches and together with the target beneficiaries, decisions were made on what approaches and techniques are most suitable to communities.

“One of the main differences in the WAAPP approach is that we worked with communities to determine the technologies that they preferred. We did not impose anything on target communities. It was a co-creation approach and as a result, farmers picked technologies based on their environmental realities,” argues, Dr. Mercy Adeogun, an extensionist with the Federal College of Fisheries and Marine Technology of Lagos who also contributed in disseminating the WAAPP aquaculture technologies to target beneficiaries in Nigeria.