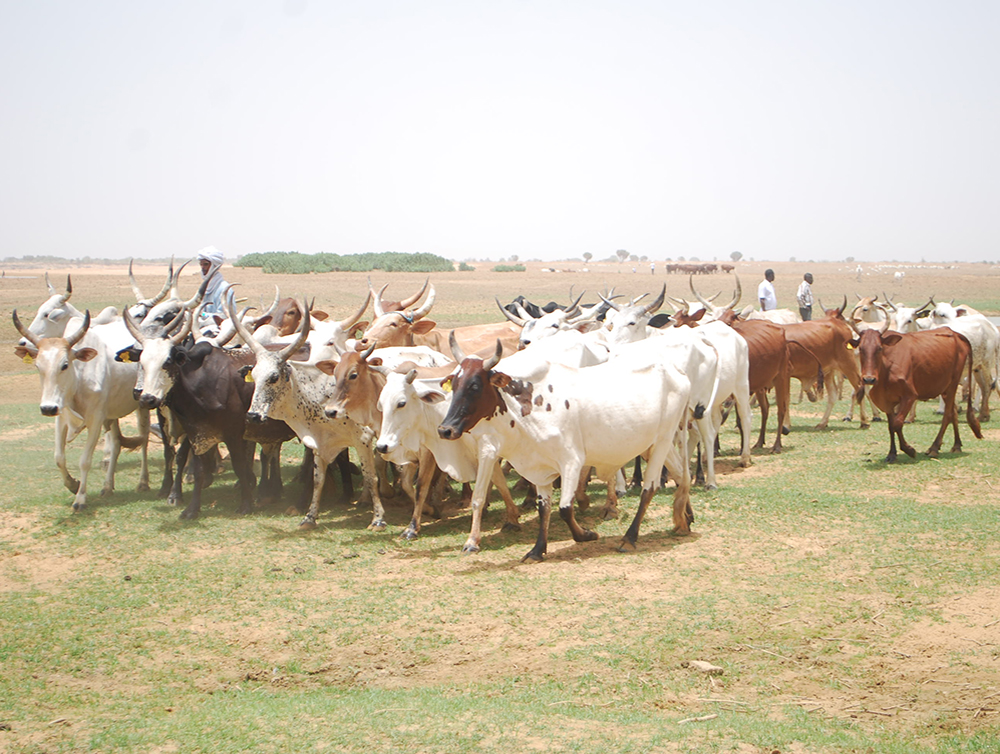 An agreement signed today, Tuesday, June 19, 2018, between the Government of Chad and CORAF, is expected to speed up the uptake of improved technologies and particularly climate-smart innovations.

Chad is currently experiencing erratic climatic conditions and land degradation. The agreement signed between both parties will facilitate the deployment of climate-sensitive technologies in priority commodities in targeted communities in Chad.

The Government of Chad recently received funding from the World Bank Group to implement the Climate Resilience Agriculture and Productivity Enhancement Project known in French as ProPAD.

At the heart of the program is the promotion of improved technologies to build the resilience of communities affected by climate change, increase agricultural productivity, and strengthening of the production systems of targeted populations.

ProPAD seeks to use the approach of the West Africa Agriculture Productivity Program (WAAPP) to speed up the delivery of technologies that can enhance agricultural productivity. ProPAD will  benefit some 360,000 people and prioritizes smallholder farmers cultivating 1 to 5 hectares of land annually. In addition to enhancing rural household food security and nutrition, the project aims to boost households’ income and help them market a larger share of their production, according to the World Bank.

Experts argue the food and nutrition security of the population of West and Central Africa depend on accelerating the uptake of these technologies.

“The agreement we are signing in N’djamena today not only opens up access to the use of the WAAPP-generated technologies to improve the resilience of communities in Chad but it is also a testament to the founding spirit and principle of CORAF to enhance regional integration,” says Dr. Abdou Tenkouano, Executive Director CORAF.

Food insecurity is a big concern that is likely to be exacerbated by climate change, according to the World Bank. “It is estimated that one out of 10 Chadians, or 1.4 million people, are chronically food-insecure, meaning they are unable to meet their basic food requirements even during “good” years of crop harvest,” says the World Bank.

As part of its research on climate-smart varieties, CORAF’s Regional Center of Excellence based in Senegal developed groundnut and cowpea variety options that are today helping farmers adapt to effects of climate change. The agreement seeks too to facilitate the uptake of similar solutions in Chad or leverage the centers to customize solutions adaptable to the specific challenges affecting Chad.

CORAF operates in 23 countries in West and Central Africa. During the past ten years, mostly West African countries participated in the WAAPP. Its success and considerable development impact in the participating countries have inspired Central African nations to seek to join the intervention. In addition to Chad, Cameroon will also be preparing to participate in the program.

Overall, the WAAPP benefitted about 9 million people directly and 49 million people indirectly. The promotion and adoption of the technologies contributed significantly to closing the food and income gaps in the participating countries.

Chad and CORAF have a long history of collaboration beyond the exchange of technologies and innovations.

As part of our work under the West Africa Seed Program funded by USAID, CORAF contributed in putting in place a seed regulation policy in Chad to facilitate the access to quality seeds by those in need.