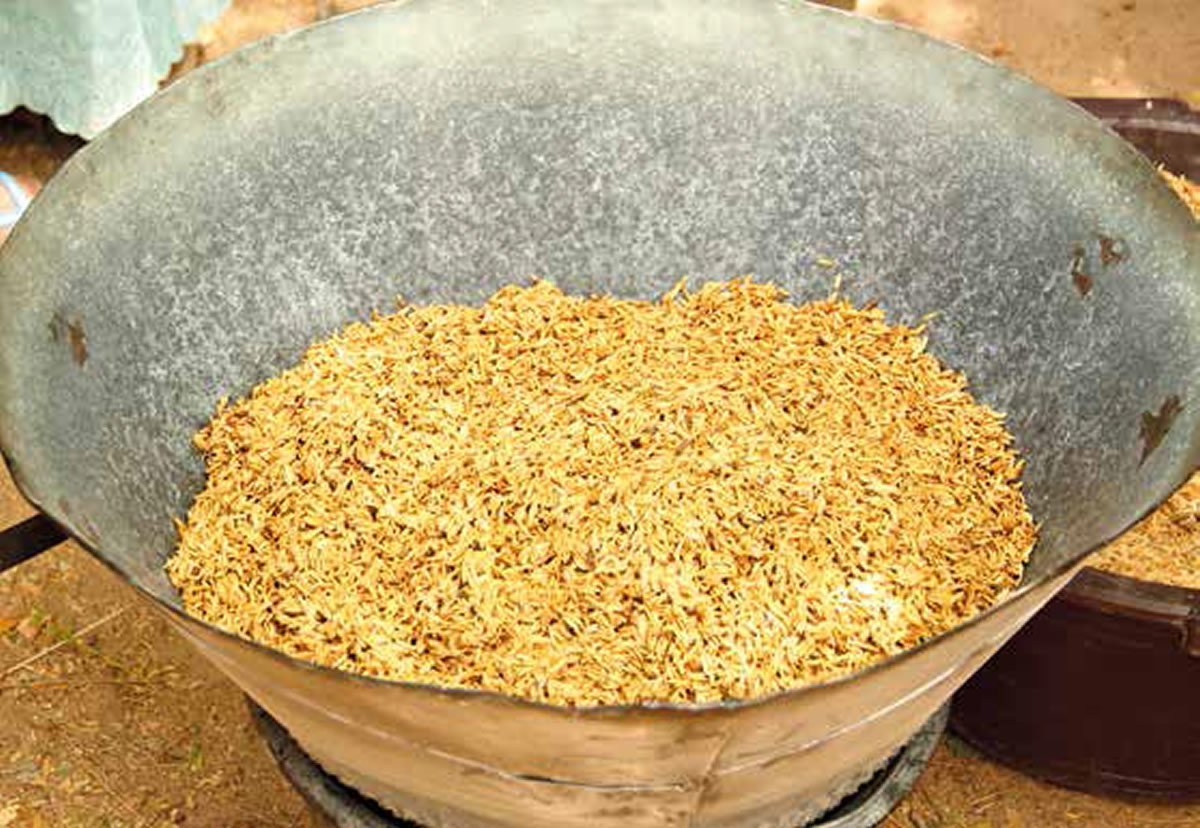 With a broad smile and renewed pride, Mrs. Kadokali Ebiro shows us her piggery while telling the story of her life. This 47-yearold widow speaks about the positive impact improved rice parboiling kits provided by WAAPP Togo have had on her life and Vaillantes Femmes, the women group she belongs to.

Following the death of her husband, Ebiro was involved in small business including selling sand and charcoal to support her four kids. The revenue she generated from these activities was not sufficient to take care of her needs and those of her family. In search of better options, she joined Vaillantes Femmes in 2007. This group was engaged in traditional parboiling rice. At the time, they recorded at each parboiling a loss of six kilograms on each bag of 100 kg of parboiled paddy rice. They could only parboil three bags of 100 kg per day and only made a profit of 7500 FCFA (USD 15) per day.

With the improved parboiling kit offered by WAAPP Togo in 2014, Vaillantes Femmes increased its profits by 211% and diversified their activities. Ebiro now manages to pay for her children’s school fees easily. One of her kids graduated from the University of Lomé in 2015 with a degree in management. She started raising pigs with her share of profits. Their nutrition has also improved. Generally, in poor households in rural Togo and across Africa, rice is consumed sparingly. This is no longer the case in Ebiro’s home. They now eat parboiled rice often.

Ebiro is the President of Femmes Vaillantes. Their collective ambition is to create a modern rice parboiling center which will further increase the income of members of other women and youths.

Since December 2011, WAAPP Togo has been at the forefront of generating and promoting technologies that can meet the nutritional needs of the population and ensure food security. WAAPP Togo has acquired ten rice steamers and shared with women groups across the country producing parboiled rice.