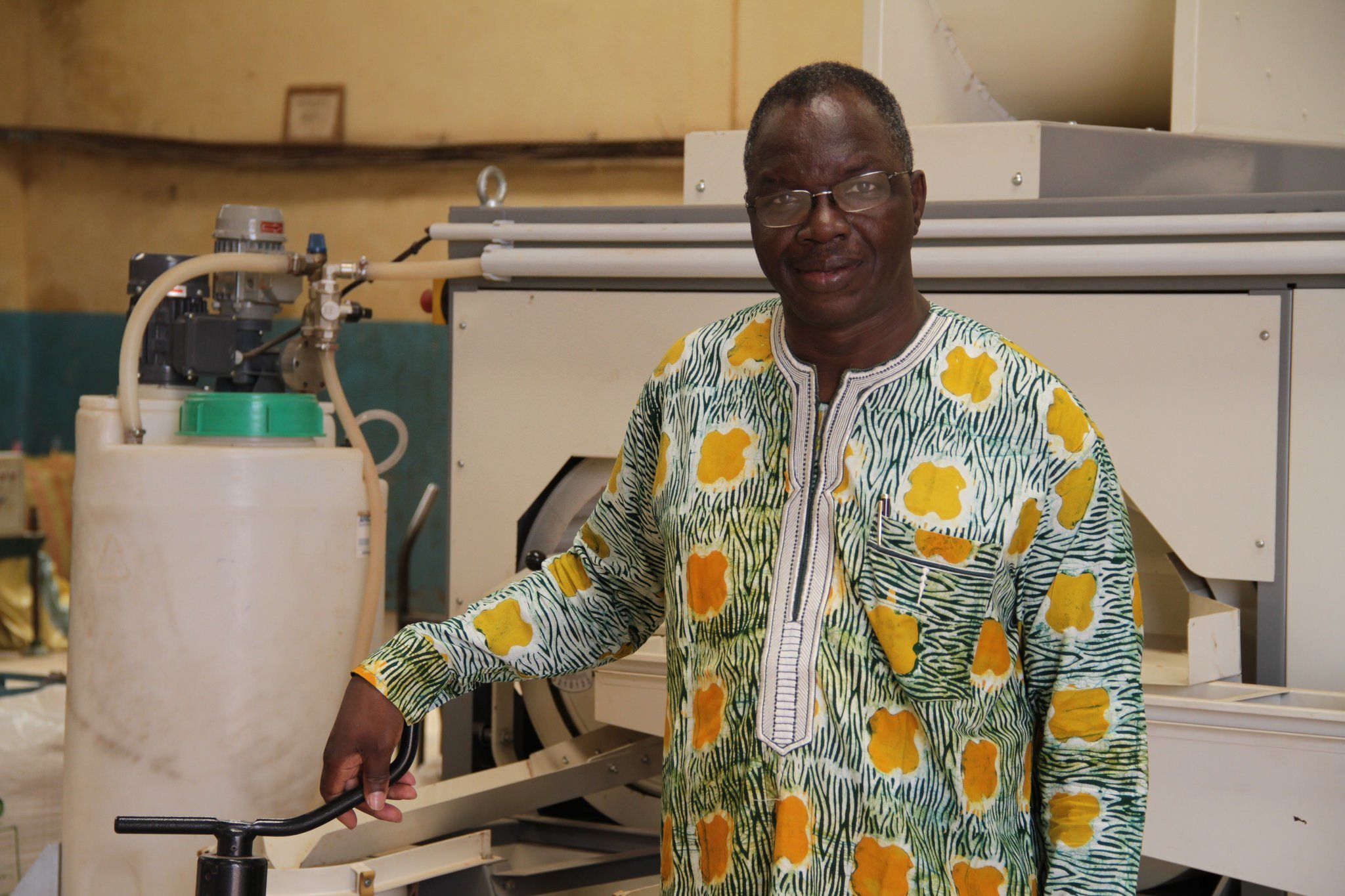 Uncertain about what to do with this sum, he decided to go into agriculture by cultivating a hectare of a banana plantation. His first harvest earned him 1,200,000 FCFA (USD 2400). This is four times the amount he received as his severance package for 13 years ofwork. In the second planting season, he cultivated maize and the harvest generated 750,000 FCFA (USD 1500). These encouraging results convinced him that he had indulged in a sector where the outcome could only be wealth creation.

“Our goal is to bring the seeds closer to their users and the small producers,” says Abdoulaye Sawadogo.

“Nafaso is well positioned in the sub-region market thanks to CORAF, WASP, and WAAPP. They facilitated our access to the regional market,” says Abdoulaye recalling the 2014 initiative to supply critical seeds to countries hit by the Ebola disease. During that period, Nafaso sold nearly 3 billion FCFA (USD 6 million) of seeds to the affected countries.