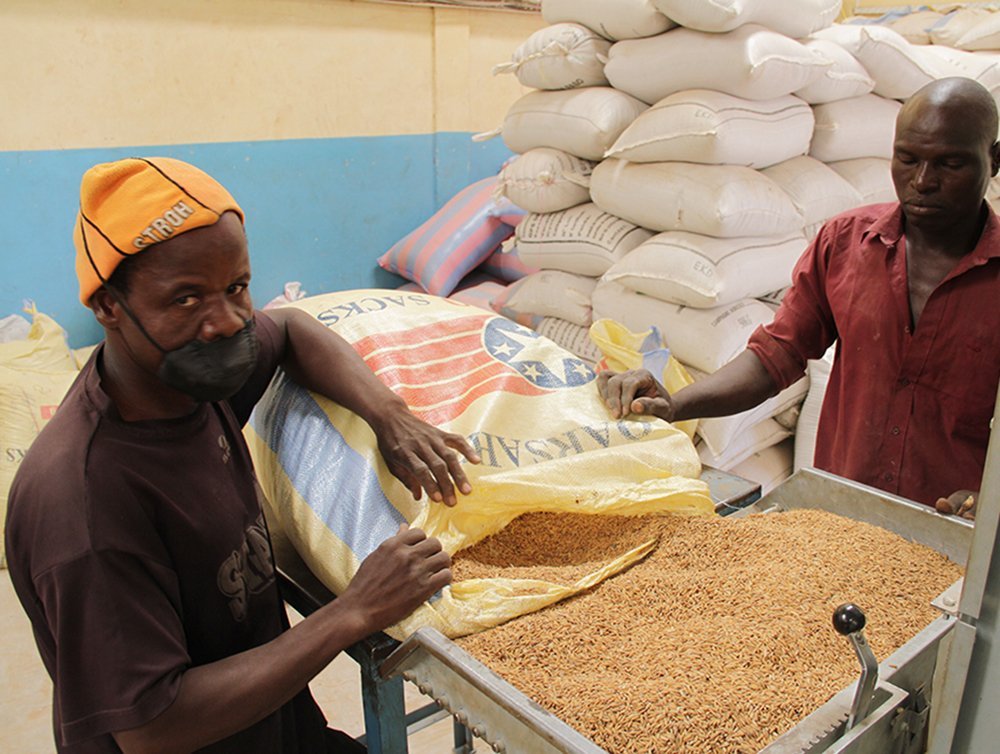 Increasing production may be one of the solutions to achieving rice self-sufficiency as desired by most African countries. But quality rice capable of competing favorably with the imported variety seems to be the sustainable solution.

“Our experience with the West Africa Agriculture Productivity Program (WAAPP) has shown us that it is not sufficient to increase local rice production and think that it will replace imported rice,” said Dr. Abdoulaye Touré who is also the WAAPP Task Team Leader.

AfricaRice recently organized a discussion on comparative rice competitiveness during which lessons were drawn from the Asia rice experience to further improve on the West Africa practice.

During the consultation meeting, participants heard that the Asia rice success story is built around strong country commitment, enabling policy environment, long-term investments in infrastructure and research, and market-driven approach.

Other drivers of success in the rice value chain in Asia include:

“We need to identify relevant upstream, midstream and downstream strategies from Asia, which could be applicable in West Africa, to make its rice value chains competitive and transformational, so that they can effectively contribute to food security in the sub-region.”

Rice is one of the primary staple food for most of the 430 million people living in West and Central Africa. Its sustainable production and transformation are crucial to the food and nutrition security of the region. Other major staples include maize, millet, sorghum, wheat.

AfricaRice, the World Bank, and CORAF jointly organized the learning event. Some of the lessons drawn from the event are expected to feed into a more transformative agriculture program for West and Central currently under design.

Aggregate annual food import to Africa is estimated at US$35 billion, and this is projected to rise to US$110 billion by 2025. Despite improvements in rice production, it is still not able to match demand.

It emerged from the workshop a few recommendations to improve the sector. They include:

Policy: Governments in West Africa should pursue their support to the continued development of the rice value chain with focus on the establishment and implementation of adequate public policies and improved basic infrastructure, such as irrigation and storage facilities, access roads and power supply.

Production: The establishment of farming groups in various agro-ecological zones that would grow fewer (maximum of two to five) market-preferred rice varieties as opposed to the traditional practice of growing several varieties. This will reduce grain mixtures and would be an incentive for capturing the lucrative urban, regional and international rice markets in Africa.

Marketing strategy: The classification of quality milled rice in West Africa, aimed at targeting different markets with different pricing, should be encouraged. Cross-border paddy trade that enables other countries to process rice and add value for their markets should be investigated.

Data: The on-going work on CIPRiSSA, involving the collection and analyses of credible data to guide investments in the rice value chain in West Africa, should be sustained.

Creating synergy among various rice value chain initiatives: Various initiatives on improving rice value chain that exist in each country should align themselves to the national rice development strategy. This could be facilitated through the establishment of the Support System for Accelerating Rice Self-Sufficiency in Africa (SSARSSA) proposed by AfricaRice. SSARSSA will help expand the CIPRiSSA studies to other countries and sustain rice self-sufficiency in Africa.