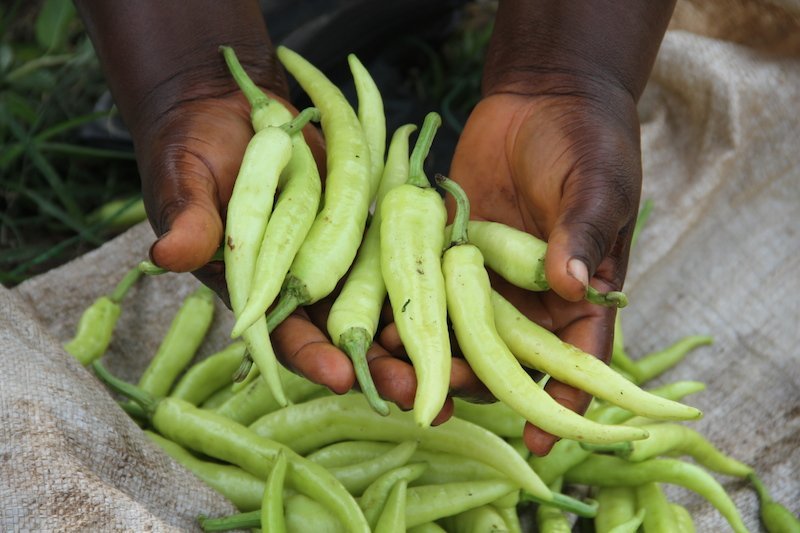 Achieving the desired transformation in agriculture requires the sustained application of science, technology, and innovation (STIs), a recent high-level conference on leveraging STIs to transform food production and ensure a food secured Africa has concluded.

“The growing food insecurity due to the under-performing agricultural sector and poor policies in Africa are further complicated by the impacts of climate change and the emergence of new crop diseases,” Uganda’s Minister for Science, Technology, and Innovation said at the opening of the conference held recently in Kampala.

Africa’s agriculture sector “requires the application of science and technology to mitigate the impacts,” said Dr. Elioda Tumwesigye.
Aggregate annual food import to Africa is estimated at US$35 billion, and this is projected to rise to US$110 billion by 2025. The agriculture sector employs about 70 percent of the workforce on the continent. Experts argue that most of the imported foodstuff can be grown on the continent.

Governments in Africa and development partners have set ambitious targets to reverse this situation. Central to the solutions is the use of research results and new technologies and crop varieties.

As the largest sub-regional research organization on the continent working in 23 countries with over 430 million people, the West and Central African Council for Agricultural Research and Development (CORAF) was invited to contribute its experience and knowledge towards addressing this challenge.

“Many of CORAF’s solutions both at the level of contributions to creating and promoting new crop varieties and technologies and helping countries put in place science-based regulations and policies are already making a difference in the region, says Dr. Lamien Niéyidouba, Coordinator of the West African Agriculture Productivity Program at CORAF.

In the last ten years alone, CORAF has through its West African Agriculture Productivity Program contributed in designing close to 200 technologies that have reached about 8 million people directly. About 47 million others have been reached indirectly. Many countries in West Africa now have seed regulation frameworks thanks to the policy support from CORAF.

In order to better accomplish its coordinating role in the West and Central Africa region and meet the emerging research challenges, the Dakar-based research institution is right now reviewing its strategy. Addressing pressing food and nutrition challenges while helping countries to use agriculture to handle crucial youth employment, migration, gender, climate change and sustainability challenges are central to the new strategy.

Biotechnologies have many benefits for the agricultural sector. Not only do they spur economic growth in the sense that they lead to increase crop yields and better income for farmers, but they can also result in better livelihoods through improved nutritive value.
With STIs, the conference also noted, there is the potential for increased food security, environmental sustainability, and competitive farming products.

The conference also noted that while political will has been critical to the uptake of STIs in other parts of the world, in Africa, it has not always been the case.

Lack of political will, restrictive policies, low public investment, and access to technologies, the conference concluded have hindered progress in the use of STIs in transforming agriculture in Sub-Sahara Africa.

The conference, therefore, called for political commitment at the highest level to change the trajectory. With such support comes science-based policy, adoption of regulatory frameworks that facilitate research, development, and deployment of biotech crops.