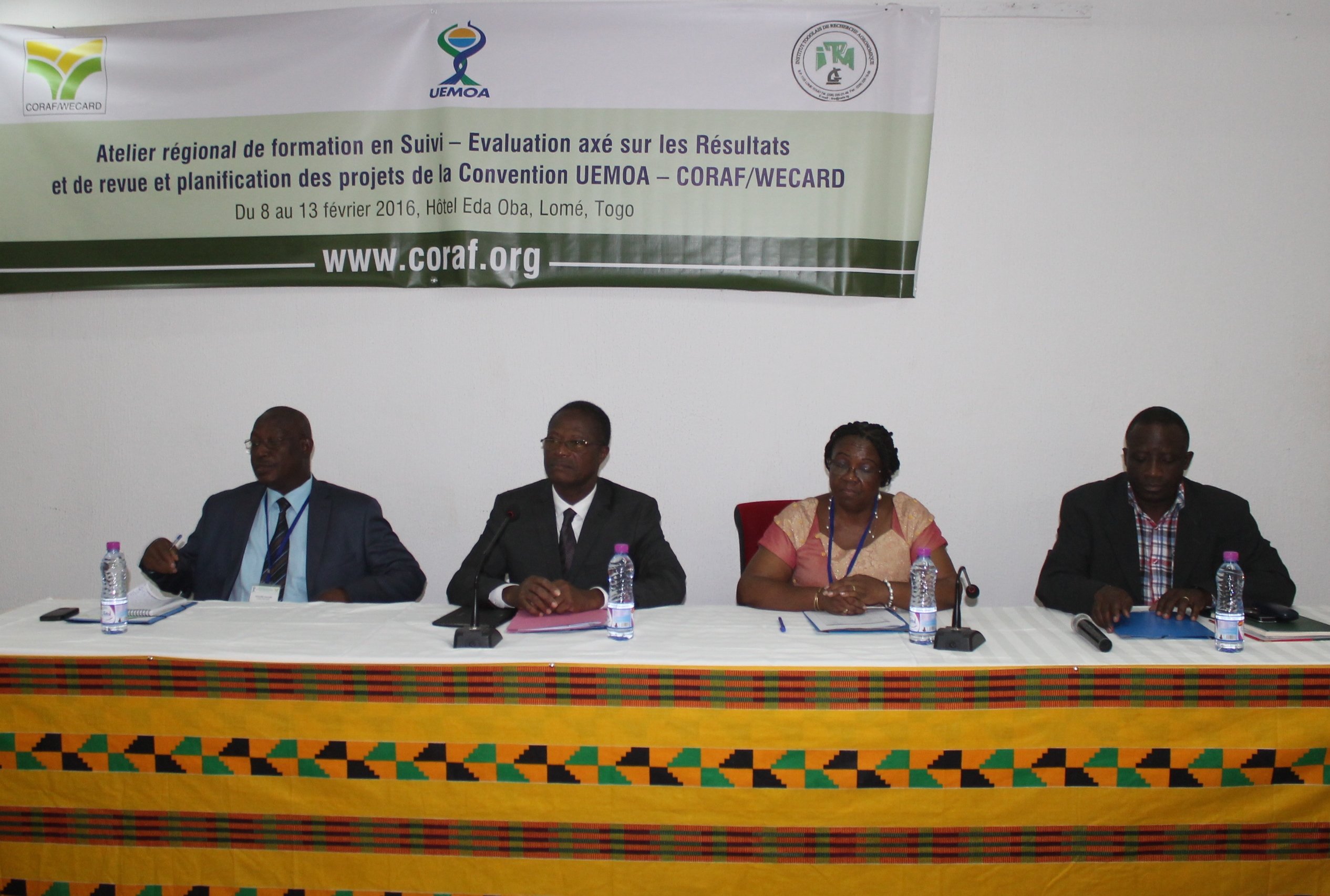 From 8 to 13 February 2016, the different implementation teams of the project entitled Promotion of Cotton Swabs (Gossypium spp) for the manufacture of particle board (VATICOPP) and the project on the Promotion of local animal and aquaculture genetic resources in the WAEMU space (PROGEVAL ) of the WAEMU/CORAF Agreement met at a workshop in Lomé. The objectives were to strengthen the capacity of implementation teams working on results-based monitoring and evaluation and to review the status of technical and financial implementation of their projects in 2015 in order to adjust the 2016 planning.

The first part concerning the training was conducted by Mr. Patrice LEUMENI and Mr. Sheikh Ahmed Tejan Rogers, respectively responsible for Monitoring and Evaluation of WAAPP programmes and MDTF of CORAF/WECARD.

During these four days of training, seven sessions were reviewed with practical cases based on VATICOPP and PROGEVAL projects. These included: Mastery of results-based monitoring and evaluation terminologies; Overview of the life cycle of RBM; Results/outcome Framework; specific objectives; performance indicators; Management of M & E data; Review and definitions of the indicators; Evaluation of data quality; Reporting.

The training enabled participants to improve their skills in monitoring and evaluation focused on results. The better understanding of the results framework of both projects and the finalisation of certain tools facilitated the second part of the workshop focused on the review and planning of the 2016 activities.

It should be recalled that the workshop was officially opened during a ceremony marked by two speeches: the speech of the Livestock and Fishing Programme Manager of CORAF/WECARD and that of the Director General of the Togolese Institute for Agronomic Research (ITRA).

Dr. Hamadeh KAGONE, Head of the Livestock and Fishing Programme of CORAF/WECARD and focal point of the CORAF-WAEMU Agreement first recalled the context of the signing of the agreement between CORAF/WECARD and WAEMU which later resulted in two commissioned projects that are PROGEVAL and VATICOP.

Dr. Bedibètè BONFOH, Director General of the Togolese Institute of Agricultural Research (ITRA), has first welcomed the participants in Lomé before focusing on the issues addressed in the two projects being the subject of this training and review workshop.