Home The Governing Board

The implementation of these guidelines and decisions by the Executive Secretariat is controlled and monitored by the Governing Board (GB), under a chairperson.

The members of the Governing Board supervise the activities of the Executive Secretariat, examine and approve the annual programs and budgets. GB members are mandated to monitor the decisions of the General Assembly, act on behalf of the GA on all matters requiring immediate attention, recommend for approval and ratification by the General Assembly, the programs, budgets, financial reports, audit reports, and new memberships.

Has elected for three years, as member of the CORAF Governing Board:

Mr. Nathanel BUKA, President of PROPAC, representing the Producers’ Organizations, will finish his term at the end of May and will be replaced, according to the principle of rotation, by a representative appointed by ROPPA. Agricultural NGOs have yet to appoint their representative.

PRESENTATION OF MEMBERS OF THE GOVERNING BOARD 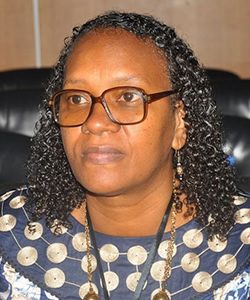 Currently, President of the National Research Institute for Agricultural Development (INIDA) of Cape Verde, Dr. Angela MORENO has a PhD in Biosystems Engineering-Rural Engineering, a Masters in Hydraulics and Water Resources. She is also an Agricultural Engineer, with 26 years of experience in agriculture, irrigation and hydraulics, water management and agricultural research. Since 2003, she has been working on the establishment of partnerships between political bodies and public institutions in the areas of agriculture, forestry, livestock, research and development in national and international institutions. 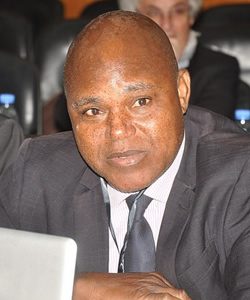 Director General of the Chadian Institute for Agricultural Research for Development (ITRAD) since June 2014. Dr Djondang Koye has a PhD in Agricultural Economics with more than 27 years of experience in the field of agricultural economics focused on agricultural production systems, farm management and agriculture and livestock integration. He was the Scientific Director of ITRAD from December 2005 to June 2014. Since January 2018, he is the Chairman of the Governing Board of the Regional Center of Applied Research for the Development of Farming Systems in Central Africa (PRASAC). 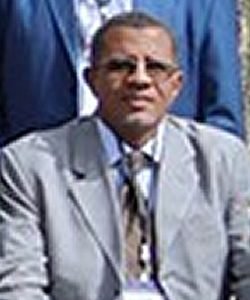 Director of the National Center for Agricultural Research and Development (CNRADA) since 2010, Mr. Baba Ahmed Yacoub Naghra holds a Master’s degree in Agricultural Economics. He has a long experience of more than 30 years in management, management of basic community structures (associations and cooperatives) with skills in the areas of extension/farm advisory and dissemination of technical and scientific information and plant protection to the populations. He is also a member of the Governing Board of the Mauritanian Institute of Oceanographic Research and Fisheries (IMROP) and Member of the Governing Board of the National Office for Research and Development of Livestock (ONARDEL, ex-CNERV). 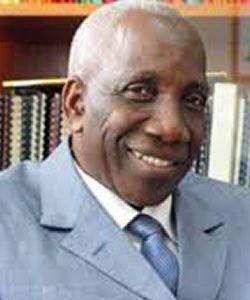 Director General of the National Agricultural Research Center (CNRA) of Cote d’Ivoire, Dr. Yté WONGBE holds a PhD in Ecology and Hydrobiology. He has more than 35 years of experience in the field of agricultural research and research management. Experience that allowed him to hold high positions within the CNRA. From 2008 to 2012, he was Chairman of the Governing Board of the CNRA before assuming the position of Director General since 2012. He also has experience in research activities on animal resources and lowland systems. He was the Chairman of the Management Advisory Committee of the Lowland Consortium. 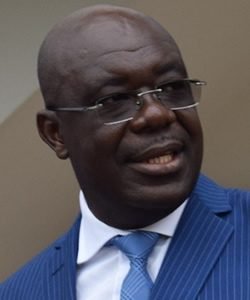 Prof. Daniel Franck IDIATA
Pschyco-Linguist
Member of the Governing Board

Chief Commissioner of the National Center for Scientific and Technological Research (CENAREST) of Gabon, Prof IDIATA holds a PhD in Language Sciences, specialized in language acquisition (psycholinguistics) and full Professor of CAMES since 2011. He has experience of more than 20 years in the acquisition of languages by children, the description of African languages, ethnohistory, anthropology and cultures of Gabon, the reform of national systems of scientific research; reform of national higher education systems. From 2010 to 2014, he was the Chairman of the Governing Board of PRASAC. 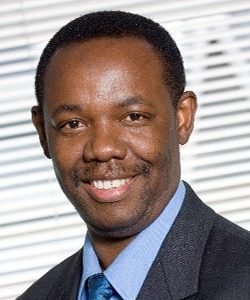 Dr Blessed Okole, a native of Cameroon is the Managing Director of SG Sustainable Oils Cameroon Limited (SGSOC), a private company establishing a 19,840 hectares oil palm plantation in the South West Region of Cameroon. Dr Okole holds a PhD in Agriculture and has a strong international background in both agriculture, business development and operations. Previously, he served as the Head of the International Business Development for the Technology Innovation Agency and Chief Executive Officer of East Coast Biotechnology Innovation Centre, both funding initiatives set up by the South African government for establishing small businesses in the country.
As an entrepreneur, Dr Okole started a successful tissue culture company, African Biotechnologies in South Africa that was annually producing 8 million indoor pot flowers, bananas and pineapples; He has helped in setting up tissue culture labs in South Africa, Lesotho, Malawi, Tanzania, Cote d’Ivoire, Nigeria and Ethiopia. Dr Okole is the former Chairman of Africa Harvest Board, and has previously been Chair or Board member of the Durban Chamber of Commerce, Ithemba Pharmaceuticals Ltd, Arvir, African Clinical Research Organization, East Coast Rapid Diagnostics Ltd and the National Bioproducts Institute of South Africa. Dr Okole is skilled in fund raising and leveraging. 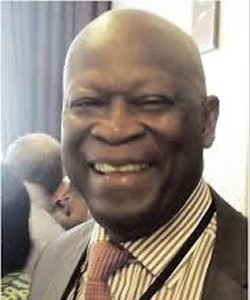 Alfred Dixon is the Director, Development and Delivery, Partnership for Delivery Directorate, and the Project Leader of the Cassava Weed Management Project at IITA. Born in Sierra Leone, Dr Dixon holds a PhD in Agronomy, specializing in plant breeding and quantitative genetics, with entomology as a minor subject. His career with IITA started as a Postdoctoral Fellow (1989 – 1991), an Associate Scientist (1991 – 1994), a Scientist (1994 – 2008) and Principal Scientist (2016 – Present) in Cassava Breeding/Genetics. He served in several management positions at IITA. He had a break from IITA in 2008 to serve as the Director General of the Sierra Leone Agricultural Research Institute, Sierra Leone for five years and later returned in 2013. He was member of CORAF Governing Board from 2010 to 2014.
He has gained a wealth of experience in scientific research, research management, training and mentorship of young scientists. 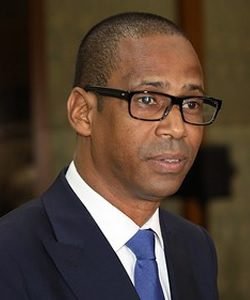 Mr. Abdrahamane DICKO
Agriculture and Development Specialist
Member of the Board and Representative of the Development Partners

Mr. Abdrahamane Dicko joined the USAID/West Africa REGO on March 7, 2016 as Program and Policy Advisor. He handles multiple activities related to Policy dialogue and Capacity building and Institutional strengthening of West Africa regional organizations to improve agricultural productivity in the region.
Before joining USAID/West Africa, Mr.Dicko worked for USAID/Mali for 16 years as Senior Program Management Specialist. As such, he served as the senior advisor to the Director, Deputy Director and to the Supervisory Program Officer as well as to the Technical teams on program strategy development, project implementation and negotiations with the Government of Mali (GoM). He was the Mission’s chief interlocutor and liaison with the Ministry of Foreign Affairs (USAID’s primary ministerial counterpart in the Government of the Republic of Mali) and also served as the Mission’s Monitoring and Evaluation Officer and led the Mission engagement in Donors coordination and Public-Private Partnerships. Mr. Dicko is an active member of various civil society networks and organizations in Mali and in the West Africa region. 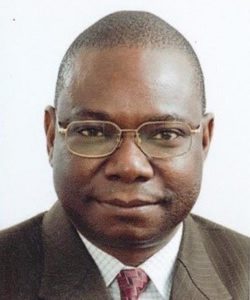 Dr Abdou TENKOUANO
Executive Director of CORAF, Ex Officio and Secretary of the Governing Board

Dr Tenkouano has a long and solid experience of agricultural research and management.
Dr Tenkouano obtained his MSc in plant breeding and PhD in genetics at Texas A&M University in the USA. He has worked across sub-Saharan Africa with the International Crops Research Institute for the Semi-Arid Tropics (ICRISAT, 1994 – 1996, Mali), the International Institute of Tropical Agriculture (IITA, 1996 – 2008, Nigeria, Cameroon and Ghana) and The World Vegetable Center (AVRDC, 2008 – 2016, Tanzania and Mali). Dr Tenkouano also served as a member of the research for development council at IITA, and as deputy chair of the institutional research and development committee and a member of the institutional management committee at AVRDC. He joined CORAF in May 2016. 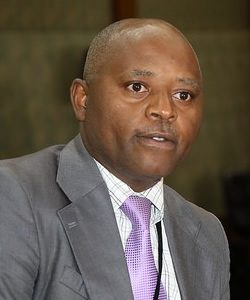 M. Jean Claude MBASSI
Communication and Knowledge Management Specialist
Member of the Board and ECCAS Representative

Mr. Jean Claude MBASSI holds a professional Master’s degree in Documentary Information Sciences obtained at the School of Librarians, Archivists and Documentalists (EBAD) of Cheikh Anta Diop University. Since Javier 2012, he is the Communication and Marketing Officer of the Comprehensive Program for the Development of African Agriculture at CEAAC. Also since 2009, he is the head of the ECCAS Knowledge Management and Information Center. He has extensive experience in Information and Knowledge Management, Business Intelligence, Hypertext and Hypermedia, GED, Website Creation, Computer Network Management and Information Technology. 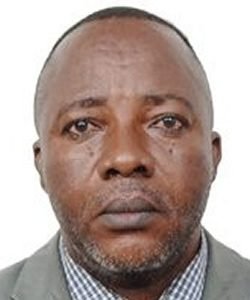 M. Nathanaël MUPUNGU BUKA
Development Specialist
Member of the Governing Board and Representative of Producers’ Organizations

Mr. BUKA holds a Bachelor’s degree in Science and Technology Development. He is currently the President of the Regional Platform for Central African Producers’ Organizations (PROPAC) since 2017. In addition to this responsibility, he is the President of the National Committee for the promotion of family farming in the Democratic Republic of Congo (DRC) since 2014. He is also a member of several organizations promoting agriculture and food security both in the DRC and at the regional and international level.

Please Feel Free To Contact Us. We Will Get Back To You With 1-2 Business Days.