Currently the Program is managing a portfolio of 4 projects funded by MDTF and two non-project activities funded by WAAPP.  The implementation strategy makes use of IAR4D, including value chain approaches, innovation platform and gender mainstreaming in the projects. The focus of implementation over the past six months in line with the Annual Work Plan and Budget (AWPB) of 2015 was on promoting the dissemination and adoption of technologies and innovations delivered by the four MDTF-funded projects during 2014 through Innovation Platforms, capacity strengthening and publication of results. The outcomes and project results presented here are against the background of the fact the reporting period is largely off-season. As a consequence, field based project activities that would have added on the results were limited. However, the period was used by the project actors and beneficiaries to upgrade implementation facilities and creating those enabling conditions including the rehabilitation of pond with water and fish seed, which would foster implementation, and delivery of concrete results in the ensuing period. In spite of these realities, overall technical implementation currently across all four projects stands at about 80%.

Under the project on improving productivity and competitiveness of dairy sub-sector in West and Central Africa (AMPROLAIT), the following technologies and innovations were promoted

the prevalence of mastitis in cows in the region of Kaolack is 10% detected ; this prevalence rate of mastitis have a negative impact on milk production for cows that already have low productivity (less than 2 liters per day); the mastitis diagnostic test was performed using the California Mastitis Test® – CMT (Figure 1)

The next steps will consist in strengthening the capacities of farmers and other value chain actors on appropriate actions for promoting milk quality along the value chain. 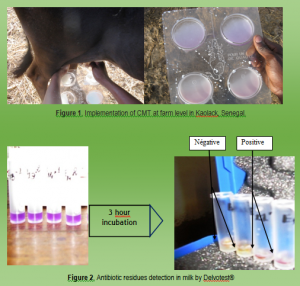 The project on promoting integrated aquaculture with rice and poultry production in West and Central Africa (SIARP-ESEA project), developed the following technologies and innovations.

A template for cost effective and profitable means of fish production was developed:

On the basis of technologies/innovations generated previously, the project activities have been focused on dissemination to the beneficiaries:

The growing demand for fish presents opportunities for intensive smallholder production for increased incomes of producers in rural areas in West and Central Africa. The decrease of availability of fish from wild harvests as a result of large-scale captures of fish justifies the need for intensifying smallholder production. This project is promoting cost-effective and easily adaptable technologies aimed at enhancing fish farming and productivity in rural communities in Benin, Cameroon and Côte d’Ivoire. The achievements carried out during the last semester are presented below.

The implementation of the project on intensifying ecologically small holder fish farming systems in West and Central Africa (SyPiEx project) developed and promoted the following technologies and innovations during the reporting period:

Six (6) technologies and innovations to address the majors constraints and farmers needs developed:

These technologies/innovations will be validated by the Innovation platforms and disseminated to a larger number of beneficiaries during the next quarters of the year. 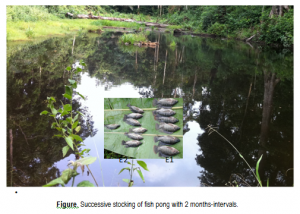 The program continued to provide technical oversight support to all the implementing partners during the course of the last six months. Given that the period under review was largely a period during which much farming could take place, all efforts were directed towards sustaining the momentum of technology generation from the last period, and strengthening capacities of project beneficiaries in all the intervention areas.

Of the 6 projects, « Enhancing productivity, competitiveness and marketing of traditional African (leafy) vegetables for improved income and nutrition in West and Central Africa (TAV)”continues to deliver outstanding results on the ground. These results include, capacity building especially for women and youth, making available planting material, and improved seed varieties seeds.

The activities of the Cocoa Project were on rejuvenation methods and clones, while the Cotton project focused on monitoring of the spatiotemporal dynamics of Dysderchusspp help map out the seasonal variation of the insect and also have the peak of infestation and the average level of out breaks for each site.

Other achievements of the projects include, production of draft booklets on (1) pest recognition and types of insecticide 2) survey of parasites 3) guideline for threshold treatments 4) guideline for fractionation of the harvesting of cotton.

In spite of these achievements during the reporting period, it is important to note the seasonal effects on the performance of most of the projects. By the very nature of the projects, activities are normally undertaken over the period July through November. A case in point is the GIRCOT project which deals with how to more effectively use treatments on cotton during the growing season and also how to efficiently harvest cotton in order to minimize losses.

Enhancing productivity, competitiveness and marketing of traditional African (leafy) vegetables for improved income and nutrition in West and Central Africa

In Burkina Faso six (6) out of the 12 varieties received from AVRDC have been evaluated with 19 farmers (two young males and 17 females).Plastic mulch was validated against hay mulch and bare soil with respect to plant growth and development.

More than 200 women trained in TAVs production have appreciated the concept of home garden establishment. Seeds multiplied in each Village Model Farms were distributed to 183 females’ producers. 10 farmers (seven women, three men) trained in TAV production using grass mulch in the dry season. Six students (5 male, 1 female) of Agriculture School in Ebolowa have been empowered in the TAV production. 21 women have been trained in the West Region (Foumbot) in nursery techniques by a trainee who is also a, lead farmer in one of the beneficiary communities in the Southern region..

With support from the project one Master student has completed his thesis on “The effect of planting distances of three different TAVs on pest complex, infestation, damage level, growth and yield”.

Eight (8) cocoa clones have been made available to five communities with aged cocoa tree stocks. Two hundred (200) clones selected from 40 high yielding families are being tested for precocity.  The following practices on the use of improved seeds have been adopted and being applied by farmers:

Women, genetic adaptation and Technical Control from production to Marketing in the Diversification of non-food crops in cotton zones (FAM & COMM)

A methodology to understand the role and contribution of women in the cotton, soybean and sesame value chains has been designed.

Surveys on [Time use] the time spent by women on the cotton field and on the farm land , and daily occupation of women  (work time) are on-going.

A platform, devoted to women in the cotton zones, for sharing the socio-economic survey data has been set up it is available at http://www.odafine.net/infos/about

Grafting techniques are being used in Senegal (River Valley) as a mean of controlling Ralstonia.  The tomato variety Mongal is resistant to the disease in all the four countries (Burkina Faso, Guinea, Mali and Senegal). Hence this variety could be promoted in the sub-region.  Two new potato varieties resistant to Ralstonia were promoted in Guinea they are:  Mandola and Spounta. In Senegal one variety Safraneis being promoted.

Of the 289 samples analyzed for aflatoxin contamination, the average level of aflatoxin was 24 ppb (24 micrograms / kg). On the value chain the highest contamination was observed in the shops of traders (836 ppb). On the products cakes are the most contaminated as indicated below.

Contamination of aflatoxin varied depending on the product; cakes are the most contaminated (76 ppb) followed by flour (49 ppb) peanut butter (37.1 ppb) and seeds (18.8 ppb). The transformation processes are to blame for this gradual contamination at each stage during which the grain is wet to facilitate the process. Breeder’s seed of a very short duration variety was produced in Senegal in an amount of 1.5 t to be given to farmers for further multiplication and use. This variety help avoid pre-harvest contamination because of its earliness.

Monitoring the dynamics of infestation of bedbugs Dysdercus

Thirty (30) plots followed, four parcels were infested including three in the municipality of Gogounou and at Alafiarou in the commune of do Dali.  The infestations reached a peak in the last quarter of 2014 (beginning from the month of October) , the post-harvet period. as shown below. 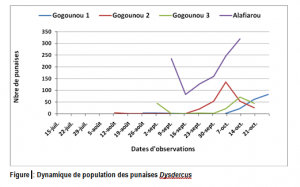 Establishment of the reference/baseline situation

The cost-benefit analysis shows that the average yield is 1094 kg/ha while gross margin and net margin are 152 593 FCFA/ha and 131 813 FCFA /ha, respectively. The analysis of the profile of poverty shows that 36% of producers are below the poverty line. The depth and severity of poverty are 0.11 and 0.39 respectively.

The three projects are focused on livestock genetic resources, cocoa agroforestry and use of urban waste in agriculture respectively. All the projects had established platforms that are functional with a collective collaboration of stakeholders in pursuing the respective objectives. Generally the reporting period which covers part of last year since the last mission in November 2014 and the first quarter of 2015 coincides with the dry season which is the end of the previous cropping and preparation for the onset of rains and cropping. In effect field activities for crops mainly involved observations of parameters mainly shading in the cocoa agroforestry systems and preparations of compost for rainy season cropping in the Externalities project.

Meanwhile, a draft field strategy for the effective conservation of animal genetic resources and the refurbishing and equipping of an analytical laboratory……

Reversing the negative effects of agricultural intensification in peri-urban areas: methods and tools for assessment and alternative practices

The project target for the 2015 period is a total of 2,100 people (including 30% of women – 1,470). During the period under review a module for a Master degree was designed, diagnostic analysis of soils in the three countries and training of women in composting. The following results were obtained:

During the remaining months of the year, capacity strengthening will continue while the composts will be tried by women on vegetables. The final analysis of the soils will be done and results published. The overall target of 2100 beneficiaries is expected to be reached before the end of the year.

The project is targeting a total of 600 people (comprising 550 men and 50 women) during 2015. During the period under review data collection was done on effects of shade on growth and productivity of cocoa trees including disease and insect infection and infestation, respectively. The following results were obtained:

Differential shading related to agro-ecology was been noted in Cameroon. In the high rainfall zone (and high relative humidity) the risk of black pod (disease) is high. Incorporating trees will further increase shade and the risk of disease is very high. That is why in the area of the Meme and Fako shade trees are used less. In low, average rainfall, areas average shade increase productivity (due to the low incidence of the disease and lower incidence of mérides). Effect on yield is being analyzed.

Under the FTF initiative, 96 new technologies and improved agricultural practices were developed in new areas, among which, 10 were in the development phase, 62 under field testing and 25 made available for larger dissemination. These technologies include varieties of rice, maize and sorghum as well as soil fertility and water management practices. A total of 248.25 ha were cultivated with the new technologies/good practices, including 21.25 ha of rice, 227 ha of sorghum. 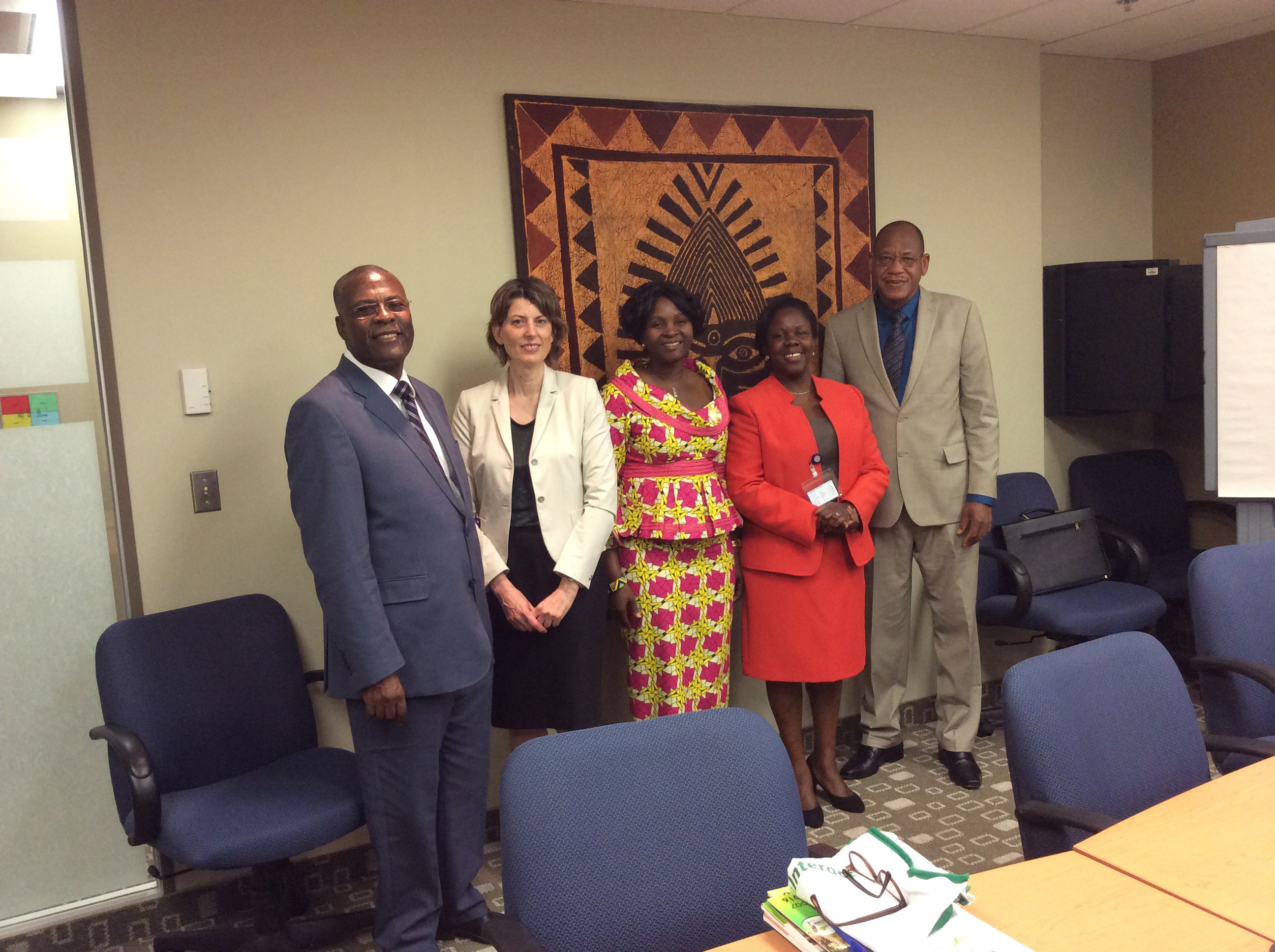 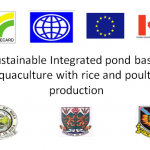 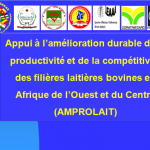 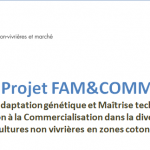 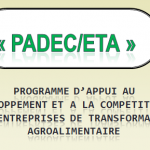 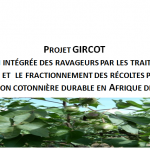