Home Access to Markets Seed Delivery to The Gambia under GIRAV Project: The Regional Harmonized Seed Regulation in Action 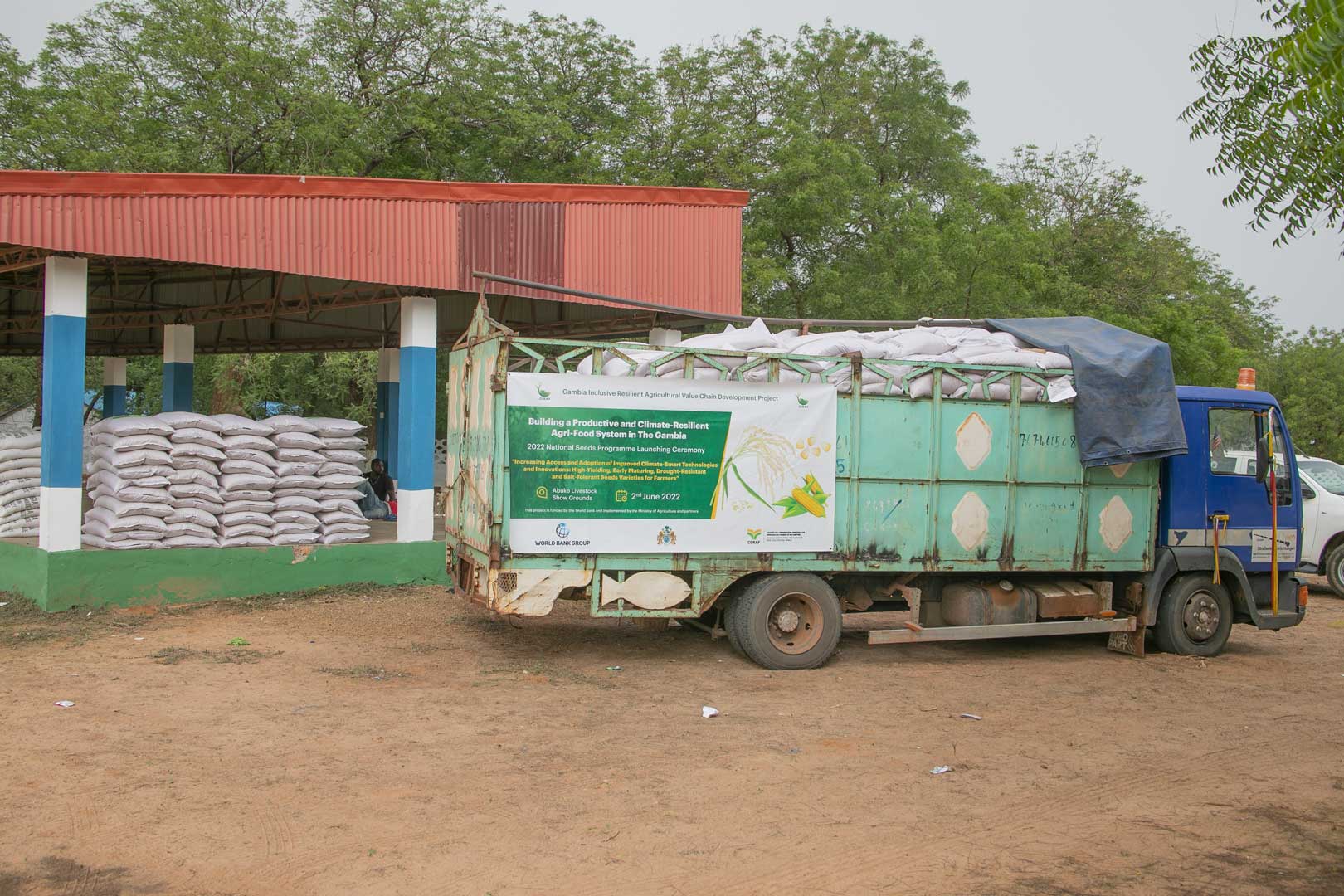 A large quantity of certified maize and rice seeds will be distributed to farmers in The Gambia in the coming days, to the bridge the yield gap and strengthen the small farmers resilience.

A part of this quantity of agricultural inputs was provided locally, while the World bank funded GIRAV project relied on the regional cooperation to mobilize the private sector form the neighboring country, for the balance.

The GIRAV project aims to promote the development of inclusive, resilient and competitive agricultural value chains, with a particular focus on smallholder farmers and agribusinesses in The Gambia. The project is funded by the World Bank.

As part of its intervention under the second component which aims to build a productive and climate-resilient agri-food system in the country, CORAF is facilitating technology transfer across the region, among other things.

As such, it helped mobilize the quantity of seeds needed for the operation, by engaging with the private sector, both at the national level in The Gambia, and at the sub-regional level.

“The mobilization of the sub-regional private sector, particularly in Senegal, to supply of seeds to The Gambia within the framework of the GIRAV project, was possible thanks to the regional harmonized regulations on seeds, which facilitated the cross-border movement of seeds to The Gambia,” observes Dr. Yacouba Diallo, Agricultural Inputs Expert at CORAF.

The regional harmonized seed regulations aim to create an enabling environment for the growth of the seed industry and expand seed market in the sub-region.

It is adopted by the fifteen (15) Economic Community of West African States (ECOWAS) Member States, in addition to Mauritania and Chad.

“Sending seeds from Senegal to The Gambia demonstrates once again, the effectiveness and the crucial role of the regional harmonization of seed regulations and policies , in building a strong seed industry across the region and fast-tracking the  cross-border procedures for seeds, which is a pledge to achieving food and nutritional security and meeting the second Sustainable Development Goal — Zero Hunger, by the implementing countries” adds the Agricultural Inputs Expert.

Twelve thousand five hundred (12,500) Gambian smallholders, of which 50% are women according to projections, should benefit from the seeds provided under the project.

It is expected that the seeds will help improve productivity and agricultural production and increase the income of beneficiaries.