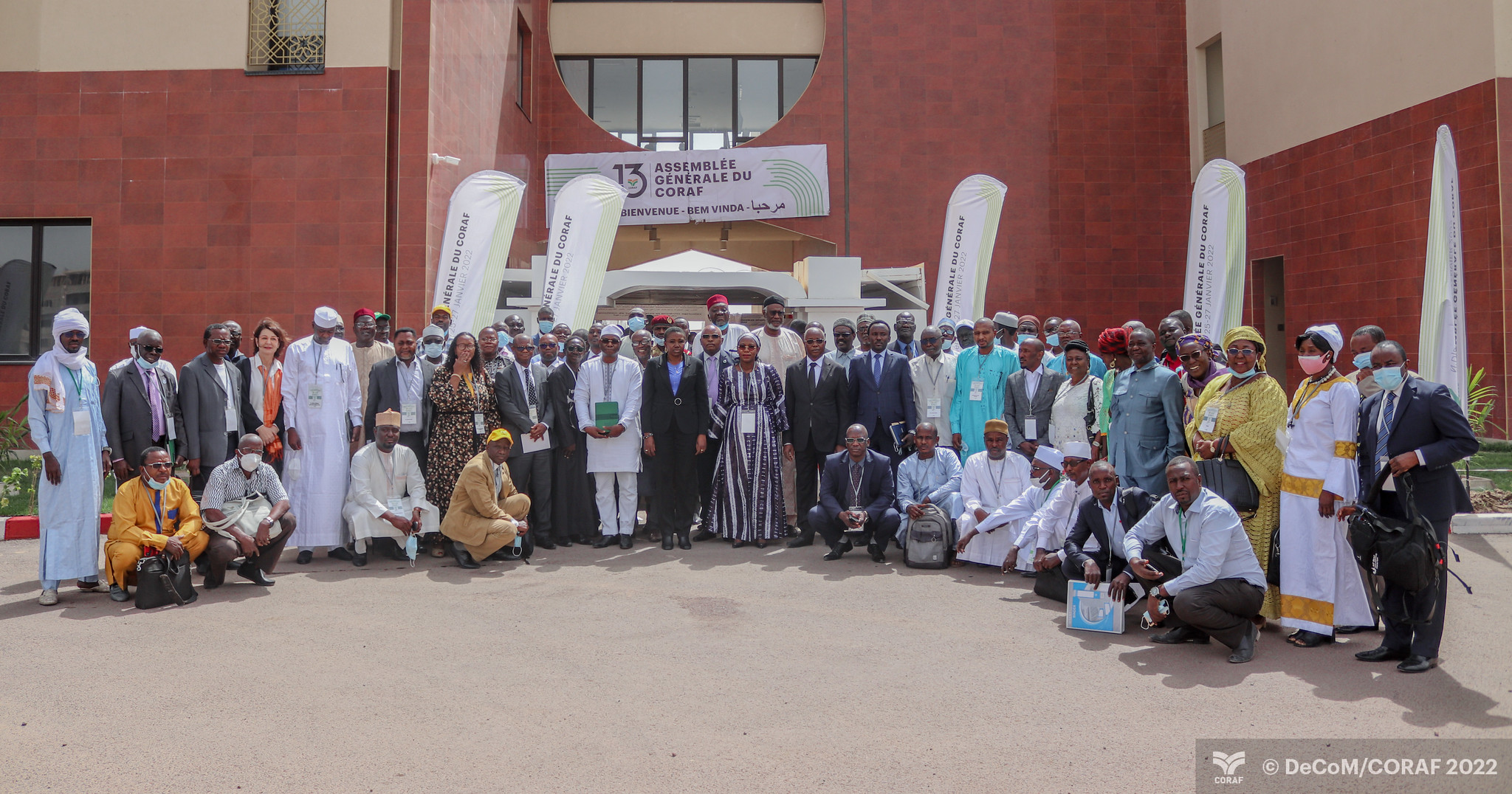 From January 25 to 28, 2022, was held in N’Djamena and under the High Patronage of General Mahamat Idriss Déby Itno, President of the Transitional Military Council and President of the Republic of Chad, the thirteenth Ordinary Session of CORAF General Assembly (GA13).

CORAF’s GA13 was held in two phases. The first phase is a virtual business meeting which took place in April 2021.

The N’Djamena meeting represents the second phase and was held under the theme: ‘Increase the presence of CORAF in Central Africa for a better consideration of agricultural research and development needs’.

“I thank General Mahamat Idriss Deby Itno as well as all the Chadian authorities for their support and the crucial role they played for the holding and the success of the second phase of CORAF’s 13th General Assembly,” said Dr. Abdou Tenkouano, Executive Director of CORAF.

“The meeting made it possible to come up with strategic plans that will reposition CORAF so that it can fully play its role as a catalyst for food security and development in Central Africa, like in West Africa.”

The recommendations resulting from the GA13 are articulated around eight (08) points which are:

To read the full report of the 13th GA of CORAF, please click here.

The fourteenth Ordinary Session of CORAF’s General Assembly will be held in April 2024 in Cotonou, Benin.