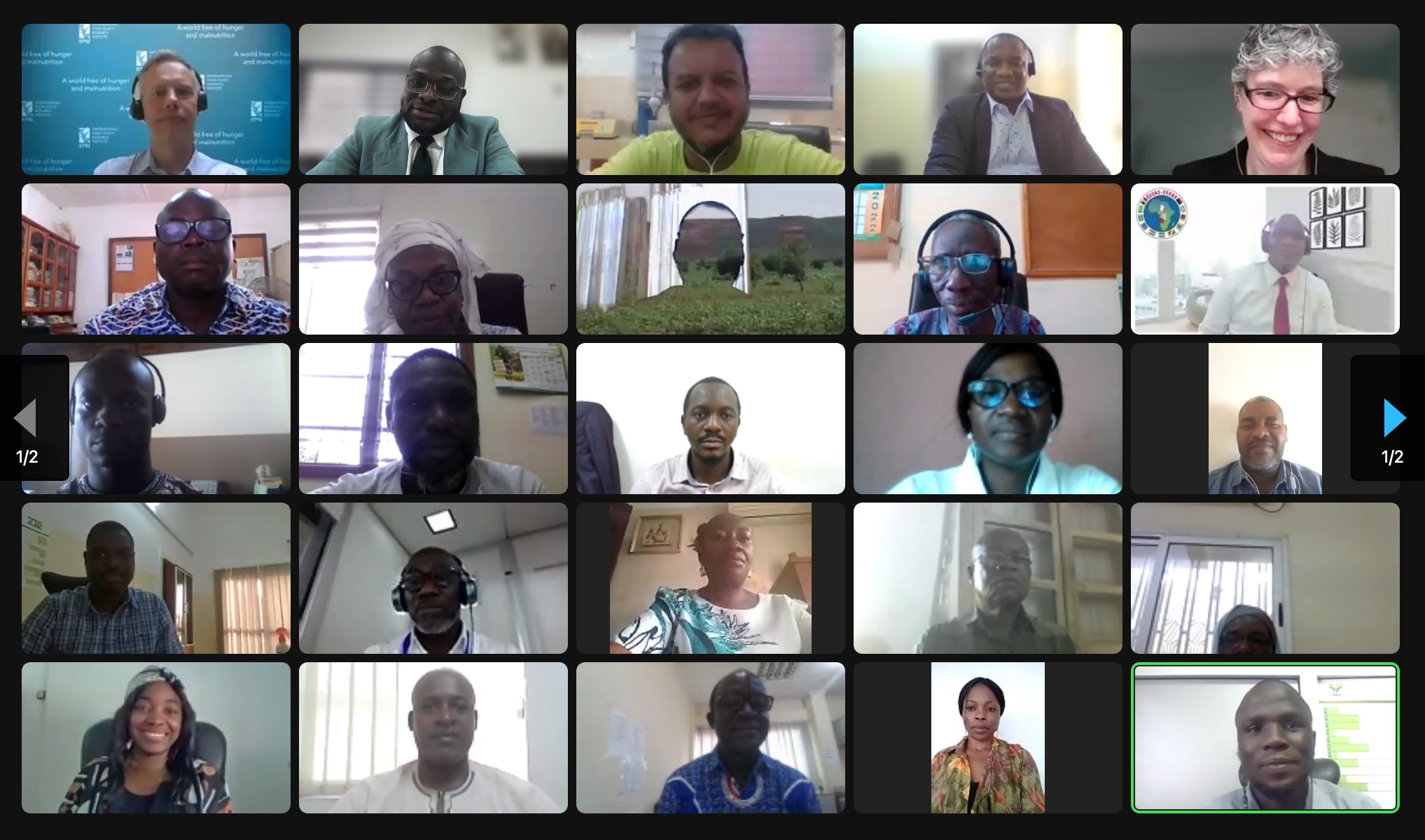 CORAF and the International Food Policy Research Institute (IFPRI) officially launched the fifth phase of the Agricultural Science and Technology Indicators (ASTI) program on May 12, 2022.

The launch was done during a virtual meeting which brought together some forty people, including representatives of Regional Economic Communities (RECs), research institutes that are members of the National Agricultural Research Systems (NARS) under the scope of CORAF and representatives of other technical and financial partners of CORAF.

“The ASTI program aims to provide information to stakeholders and generate knowledge on the inputs, performance and outcomes of agricultural research and development systems in low and middle-income countries. It builds a solid foundation for long-term monitoring of agricultural research and development investments and capacities,” said Dr. Gert-Jan Stads, Senior Program Manager at IFPRI.

The ASTI program is an initiative of IFPRI that was  launched in 2001.

The fifth phase of the program is funded by the United States Agency for International Development (USAID).

The program will be implemented by CORAF under an agreement concluded in September 2021, across its  twenty-three (23) member countries in West and Central Africa (WCA).

The objectives of the program are indeed aligned with CORAF’s priorities.

“Providing relevant and high-quality data and analysis on agricultural research for development for member countries has always been a priority for CORAF, as outlined in the 2018-2023 Operational Plan, on ‘Strengthening Institutional and Human Capacity in Agricultural Research for Development’,” recalls Dr. Emmanuel Njukwe, CORAF Director of Research and Innovation.

Components of the program

The fifth phase of the program is based on three (03) components:

With CORAF on the front lines, it this component will be implemented in partnership with the NARS leadership in the implementing countries, and IFPRI. It will consist of data collection, consolidation and validation.

This component will be implemented jointly by CORAF and IFPRI and the country focal points. Its objectives are to review the performance, trends, strengths, weaknesses and challenges of agricultural research and development investments in WCA, assess the impact of investments in the sector, make a prospective analysis on the future performance of research systems under different investment scenarios, and build in-country analytical capacities .

It This component will focus on the dissemination of the analysis and key findings at the national and regional levels. It will also explore ways to embed ASTI evidence in broader agricultural policy decision making processes.

Ultimately, the program aims to stir a disruptive approach to decision-making and influence policy in WCA when it comes to agricultural research for development.

“This partnership between CORAF and IFPRI, supported by USAID, will help to sustainably transform food systems in WCA, and contribute to the achievement of Sustainable Development Goal No. 2, ‘Zero Hunger’,” affirmed the Director of Research and Innovation of CORAF.

Stakeholders recognize that the outputs of the ASTI program can be a powerful decision-making tool and call upon for an institutionalization of the ASTI approach.

At the launching event, Dr. Manson Nwafor, Policy Analyst at the Economic Community of West African States (ECOWAS), has called upon for an institutionalization of the ASTI approach at the country level so that this dataset is introduced in countries’ basket of indicators such that they continuously generate available and up-to-date data on agricultural research and development.

The kick-off of the program will be followed by the training of country focal points on ASTI methodology, data collection and analysis, and publication of results.

The project implementation period runs until the end of 2022. However, activities are planned until the second quarter of 2023, such that some country publications be prepared by CORAF, IFPRI and country focal points.