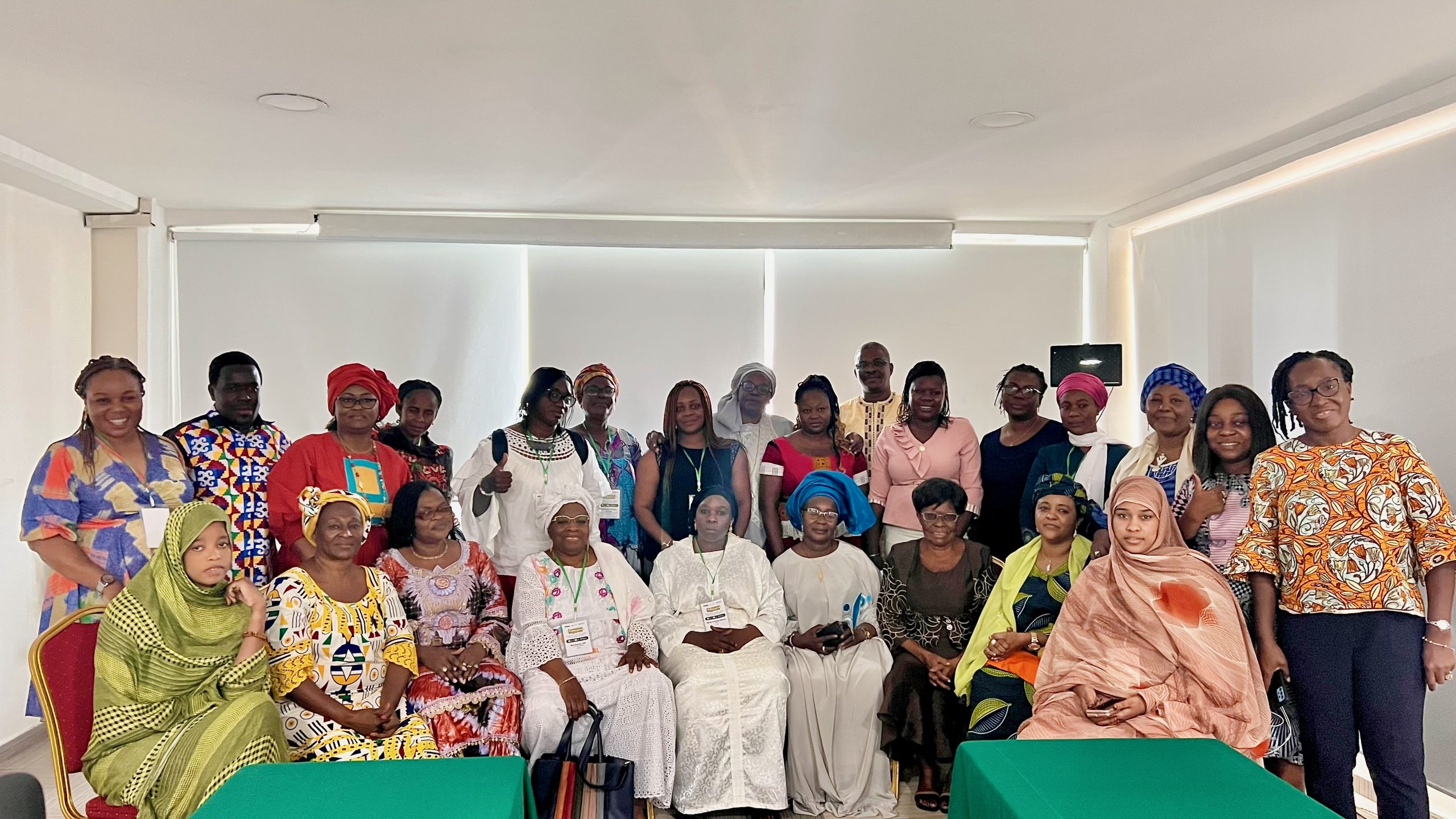 The capacity building workshop for women entrepreneurs in seed production and marketing, held in Abidjan from April 11 to 15, ended with the initiative to establish a regional network of these women seed business leaders.

Led by CORAF, as part of the Partnership for Agricultural Research, Education and Development in West Africa (PAIRED) program, the initiative’s overarching goal is to promote women entrepreneurship in the seed sector.

The network aims to serve as a melting pot that fosters communication and trade between members, in order to facilitate their access to markets.

“In West and Central Africa, women seed entrepreneurs face gender inequalities based challenges  in the sector. The network that has just been set up will thus enable them to pool efforts and better leverage synergies for a more inclusive and gender sensitive seed industry in the region,” says Dr. Mariame Maïga, Regional Gender and Social Development Advisor at CORAF.

Members will benefit from continuous training, will consult and harmonize initiatives and approaches on the markets and will easily build strategic partnerships.

“Thanks to the support of the regional network, more women and young people will be better established in the seed sector, which will promote their empowerment,” says Dr. Maïga.

Dr. Yacouba Diallo, Agricultural Inputs Expert at CORAF, sees in the network, an opportunity to fill a gap in the market.

“With more women in the seed sector and especially thanks to this network, the seed sector will be much more dynamic in West and Central Africa, which will give access to quality seeds, to more farmers,” observes Dr. Diallo.

Welcoming the initiative, members of the network see several other advantages.

Mrs. Berdiss Mohamed Meidouwa, Director of the Berdiss Rice Company in Mauritania, thinks that the establishment of the network will help break the bias that women face sometimes in the seed sector, while supporting their efforts in this sector where they have a key role to play.

Women seed business leaders also intend, through the regional network, to make their voices heard and to weigh in the balance of policy decisions making, for the development of the seed sector in the region.

Mrs. Zalissa Sawadogo of the NAFASO PLC in Burkina Faso, declares that “the network must be used to lobby research institutions and also donors, likely to support in the provision of quality inputs.”

The Burkinabé entrepreneur also calls on stakeholders to open up to the network in order to facilitate market penetration at the country level, which in the past was not easy.

Finally, she emphasizes the advocacy role that the regional network will help play to increase the adoption rate of quality seeds.

“The network should help set up demonstration plots, raise awareness through mass communication channels such as radio and television, facilitate the establishment of agricultural inputs shops at the level of the different villages to bring the seeds closer to their end users,” she says.

In order to facilitate the piloting of the initiative to the end and to finalize the steps of formal establishment, a provisional board made up of nine (09) members has been set up, with Mrs. Aïsha Nasser, from La Ferme Aïnoma Seed Company in Niger as President, and Mrs. Sawadogo as Secretary General.

However, all participants in the Abidjan workshop, about twenty-five (25) women, are automatically part of the network and once the complete board is elected, the presidency will rotate for a period of two (02) years.

To ensure the proper functioning of the network, a list of recommendations formulated by the members, has been drawn up, together with a roadmap.

It is expected that an Abidjan Declaration will be developed to endorse the establishment of the regional network of women seed business leaders, with the possibility of organizing a workshop for its official launch.