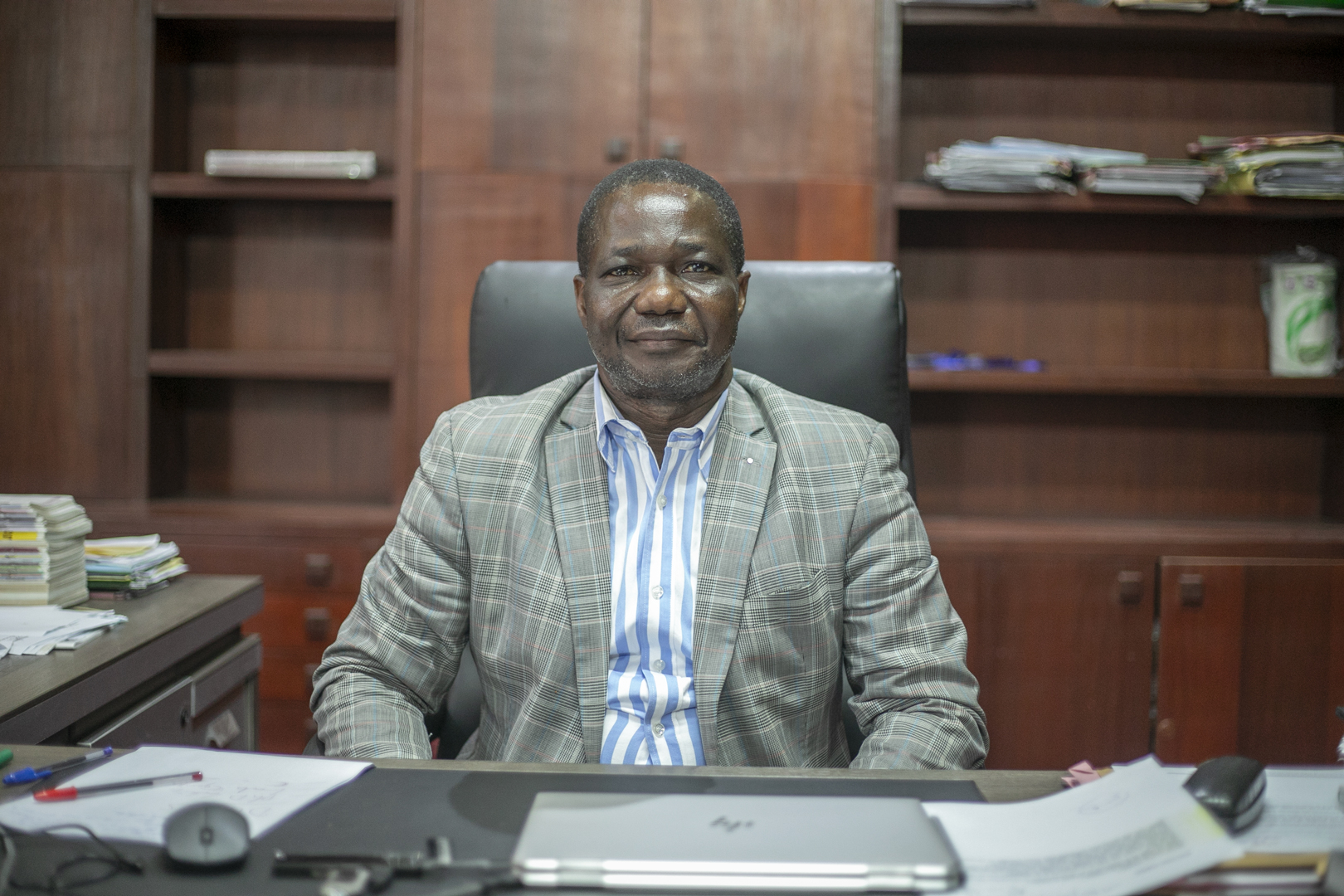 After a little more than six years at the helm of the National Agronomic Studies and Research Institute of the Democratic Republic of Congo (INERA-DRC), Professor Kankolongo Mbuya is leaving the institution for other functions, where he will continue to put his skills at the service of agricultural development.

Professor Mbuya used his tenure as Director General of INERA-DRC to considerably contribute to the advancement of agricultural research and development in that large Central African country, with great agricultural potential.

Pillar of DRC’s National Agricultural Research System, INERA-DRC is a historical partner of CORAF and Professor Mbuya’s mandate has contributed to strengthening this collaboration.

“Thanks to the solid collaboration between CORAF and INERA-DRC, our two organizations have been able to carry out concrete actions, through projects, targeting the populations of DRC,” says Dr. Abdou Tenkouano, Executive Director of CORAF.

Another highlight of Professor Mbuya’s tenure at the head of INERA-DRC is his key role in the recent success of the strategic meeting, jointly organized in November 2021, by CORAF and INERA-DRC, in Kinshasa.

The meeting resulted in the adoption by the stakeholders of a strategy and a roadmap for increasing CORAF’s footprint in Central Africa.

“We are grateful to Professor Mbuya who played a decisive role in the success of the Kinshasa consultations, which led to such satisfactory results,” affirms Dr. Tenkouano.

He passes the baton to Professor Jacques N. Lutaladio, who was previously the Deputy Director General of the institution.

Professor of horticulture at the University of Kinshasa, the incoming Director General of INERA-DRC has solid knowledge and experience, which, according to Dr. Tenkouano, will certainly benefit the populations of the DRC and the entire sub-region.

“I congratulate Professor Lutaladio, whom I have the privilege to know from his time at FAO, and wish him success. I am sure that the collaboration between CORAF and INERA-DRC will be further strengthened under his magisterium,” says the Executive Director of CORAF.

“With the new Director General, we hope to continue with the work that had begun and carry out new projects, which will impact the populations and help to achieve food security and reduce poverty in the DRC.”