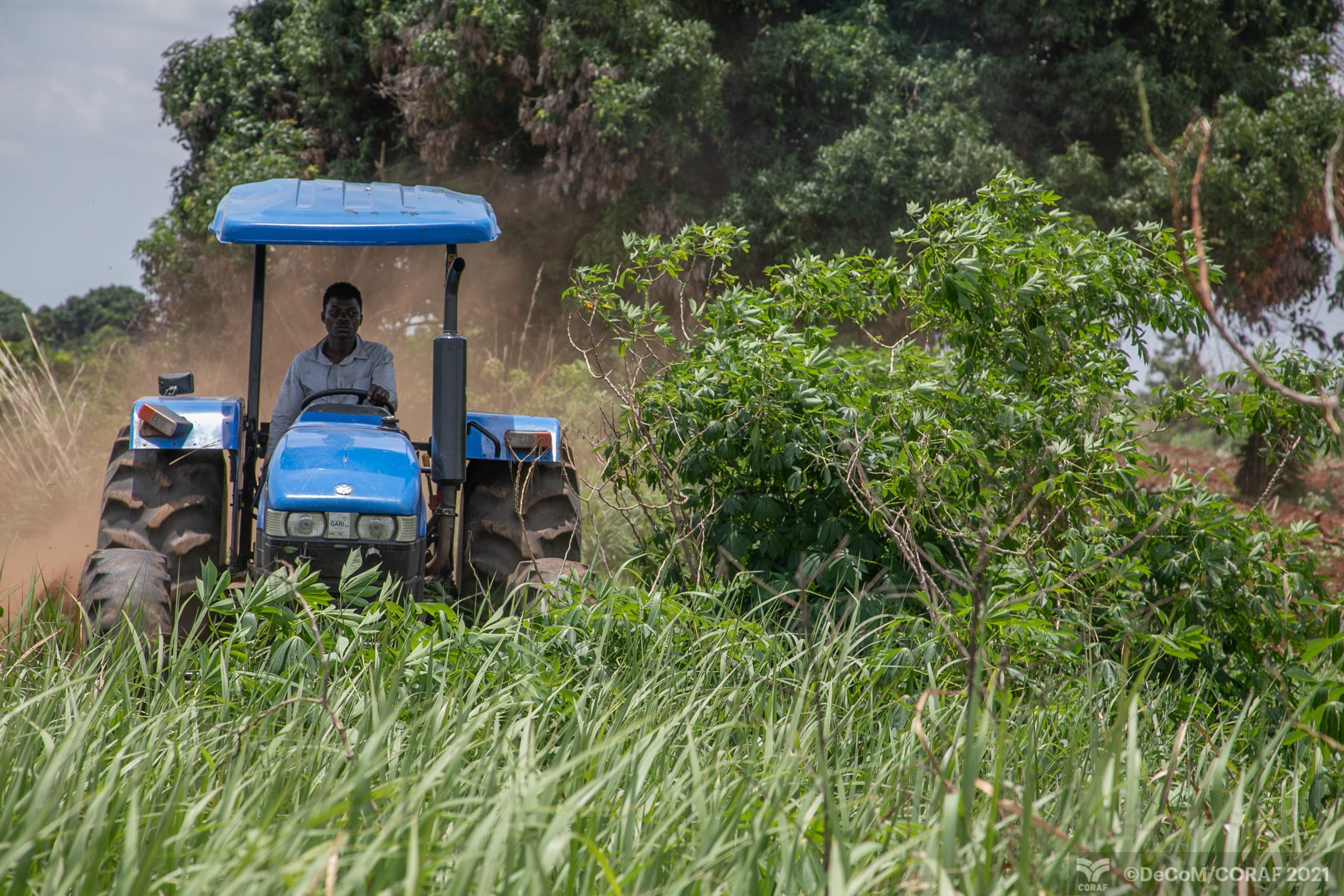 Like all continents, Africa is also suffering the horrors of climate change, with several sectors impacted, especially agriculture.

“Climate change is currently one of the major challenges for agriculture on a global scale and more particularly in Africa, which is a very vulnerable continent in this regard,” says Dr. Emmanuel Njukwe, CORAF Director of Research and Innovation.

The spectrum of manifestations of climate change on agriculture is vast, says the expert: bushfire that ravage forests and crops, the proliferation and resistance of pests and diseases, severe droughts, the scarcity, and erratic nature of rains, etc.

These events are increasing in frequency and intensity, exposing populations to increased risks of food insecurity.

“Climate-smart agriculture is an approach which consist into adapting food and agricultural systems in the context of climate change, in order to maintain a good level of productivity and guarantee food security and development,” explains Dr. Njukwe.

Climate-smart agriculture is an effective way to develop the agricultural sector, including crop and animal production, fisheries, aquaculture and forestry.”

This is why, under the leadership of CORAF, CSA Alliances have been established in West and Central Africa.

CSA Alliances serve as coordination platforms through which actors can have an open dialogue to better align initiatives and harmonize efforts to scale up climate-smart interventions in the respective sub-regions.

Beyond the establishment of CSA Alliances, the stakeholders have also opted for the establishment of a platform for dialogue between policymakers and researchers, which would take in charge pro-CSA technologies and scientific knowledge on one hand, and on the other hand, would also consider the outcomes of African States’ participation in the 26th iteration of the Conference of Parties (COP 26), including States’ Nationally Determined Contributions (NDCs).

As a reminder, more than 30,000 people from nearly 200 countries gathered in the largest Scottish city as part of COP 26, to discuss solutions to fight against climate change.

African Heads of State and Government Representatives also took part and made their voices heard, and outcomes emerged from the talks.

The stakes of COP26 were high and summed up in the famous quote of its President, Alok Sharma: “Paris promised. Glasgow must deliver.”

Indeed, COP21, held in Paris in 2015, resulted in the historic Paris Agreement, which main objective can be broken down into two points: (i) to strengthen the global response to the threat of climate change by maintaining global temperature increase below 2°C above pre-industrial levels, and (ii) pursue efforts to further limit temperature increase to 1.5°C.

Notwithstanding these noble commitments, it is clear that the signatory countries have so far had difficulty in respecting them.

COP26 then presented itself as the last chance to catch up and enforce the provisions of the Paris Agreement.

In order to establish the policymakers-researchers dialogue platform, CORAF invited some sixty actors from the West and Central African agricultural sector to Lomé from March 29 to 31, 2022, to discuss, among other things, the objectives, expected results and methods of intervention of the said platform.

The platform will encompass the West and Central African CSA Alliances.

The gathering is organized within the framework of the Comprehensive Program for the Development of African Agriculture ex-Pillar 4 (CAADP-XP4), a European Union-funded initiative. The International Fund for Agricultural Development (IFAD) is entrusted to manage the funding.