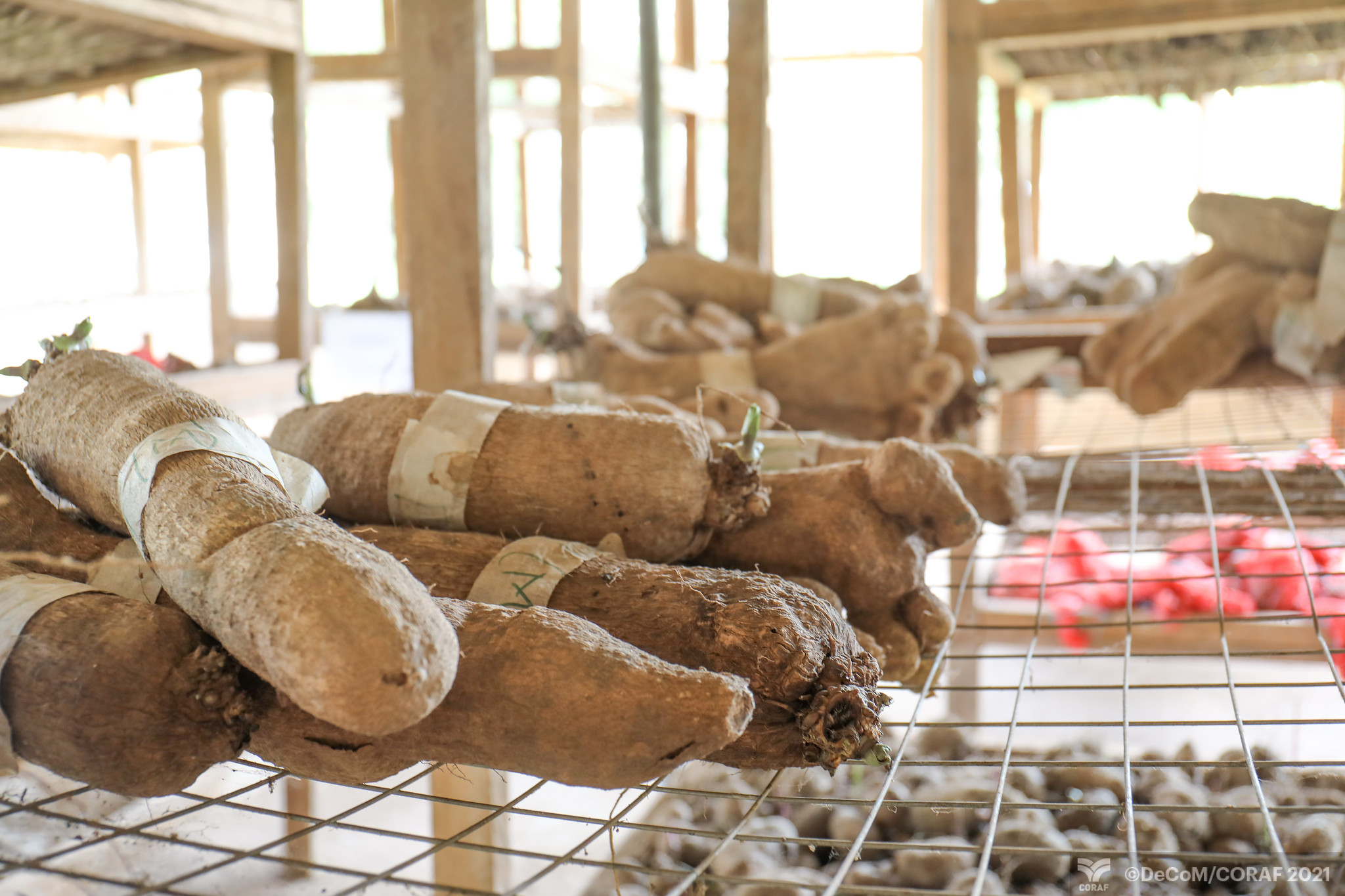 Launched in the 1970s, the Yam Improvement Program did not get any meaningful traction until recently. Thanks to the West Africa Agriculture Productivity Program (WAAPP) interventions, the yam sector in Ghana experienced a considerable boost between 2008 and 2018.

“We witnessed the best moments of our yam improvement program during the implementation of the WAAPP between 2008 and 2017,” says Prof. Emmanuel Otoo, Head of Researchers at the Crop Research Institute of the Council for Scientific and Industrial Research (CSIR).

During the implementation of the WAAP, a regional center of excellence on root and tubers was created. This center, hosted by the Crop Research Institute in Kumasi, Ghana, is focused primarily on devising roots and tuber-related innovations and technologies.

“Our main mandate is to do research and development on roots and tubers, including yam, for Ghana and West Africa,” says Prof. Otoo.

While the yam program exists since the 1970s and has been facing a major funding challenge, the arrival of WAAPP brought with it a major relief.

“We were provided with means of transport, infrastructure (laboratories, equipment) and benefited from several training. As a result, our scientists were able to have all the necessary resources to conduct research on the crops,” explains Prof. Otoo.

The center was then able to develop improved varieties of high-yielding yams and resistant to disease.

Prof Otoo and his team have also developed technologies that made it possible to exponentially increase the yam multiplication ratio, which is the major concern for farmers specializing in yams’ cultivation.

In fact, unlike corn or many other crops, the yam multiplication ratio is about 1 for 6, which is very low —one yam planted generates 6 new tubers.

“As a regional center of excellence, we are aware of the diversity of tastes; in both Nigeria and Ghana, people like white yam, unlike Côte d’Ivoire and other countries where there is a preference for the alata variety,” said Prof Otoo.

It has developed varieties such as CRI Pona, CRI Mankrong Pona and CRI Kukrupa as for white yams. As for water yams, we distinguish among others the CRI Afase Soanyinto, the CRI Afase Biri, and the CRI Afase Ahodenfo.

All of these varieties are improved, very high yielding, and resistant to nematodes.

“I salute the WAAPP, and I am convinced that if we continue research and initiatives of this kind, we will achieve food self-sufficiency and guarantee food and nutritional security in the sub-region,” concludes the Head of Researchers of the CSIR Crop Research Institute.

The WAAPP has been implemented by CORAF from 2008 to 2019. The initiative was born out of the vision of the Economic Community of West African States (ECOWAS) and was funded by the World Bank.