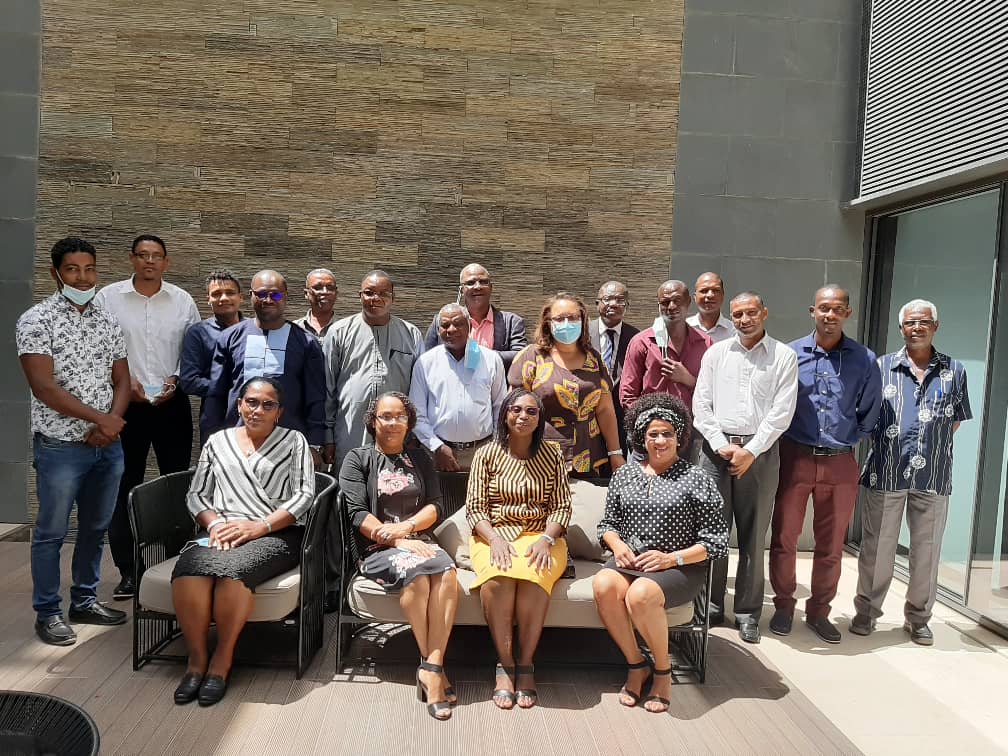 A joint delegation of the Economic Community of West African States (ECOWAS), the West African Economic and Monetary Union (WAEMU), the Inter-State Committee to Combat Drought in the Sahel (CILSS), and CORAF have met with officials of Cape Verde to agree on a plan to develop its seed sector further.

At a recent three-day visit, the officials of the four regional organizations and those of Cape Verde agreed to work together to ensure Cape  Verde complies with the harmonized regional seed regulation.

“This mission allowed Cape Verde to have a seed sector development plan. If properly implemented, it will allow them to catch up with other countries, and as a result, see a boost in their agricultural sector,” said Dr. Yacouba Diallo, a seed expert with CORAF who was part of the delegation.

The Harmonized Regional Seed and Seedling Regulation is one of the measures to level the playing field for cross-border trade in seeds across the seventeen member countries of the ECOWAS-WAEMU-CILSS region.

During the working visit, the ECOWAS-UEMOA-CILSS-CORAF delegation met with several actors of the agriculture system of Cape Verde – top among which was the General Secretary of Agrarian Economy.

“The roadmap developed in collaboration with all stakeholders, especially the private sector, will serve as a strategic direction for Cape Verde and help it to have a strong and resilient seed industry,” says Dr. Hippolyte Affognon, Coordinator of the Partnership for Agricultural Research, Education, and Development in West Africa (PAIRED) program.

A similar mission also traveled to Guinea-Bissau and would later visit Chad with the overarching objective to support these countries to improve their compliance with the harmonized seed regulation.