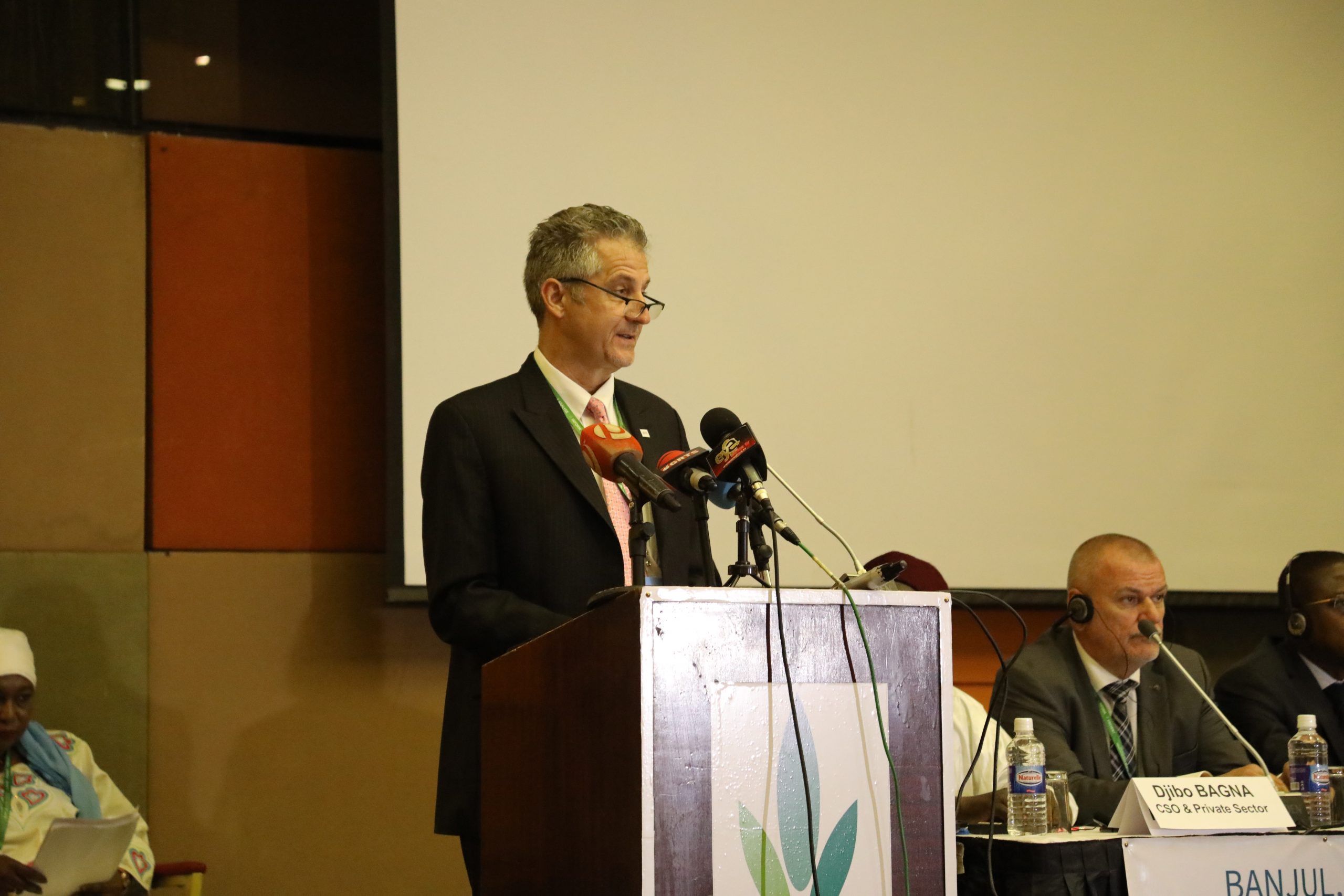 Dakar, April 27, 2021 — The Regional Director of the United States Agency for International Development (USAID) West Africa, Mr. Daniel Moore, has praised CORAF’s progress towards renewing itself and diversifying its suite of partners.

“Since the holding of the 12th Ordinary Session of the CORAF General Assembly in April 2018, CORAF has been in a transformation process, which has resulted in a more comprehensive and diversified portfolio of partnerships,” said the USAID Regional Director.

USAID West Africa has been a vital technical and financial supporter of CORAF for more than a decade. Its most recent partnership was signed in 2017 and involves supporting CORAF to undertake some institutional reforms, scaling up technologies, and facilitate access to quality seeds across West Africa.

USAID’s current support to CORAF has permitted CORAF to lay the foundation for attracting new partners to advance its strategic priorities. The most recent being the European Union and the Swiss Development Cooperation.

The Regional Director of USAID West Africa called on CORAF to be vigilant to align its interventions to the priorities of regional and national partners and better meet the populations’ expectations and strengthen the resilience of the most vulnerable.

“This increase in the portfolio and partnerships requires CORAF to be vigilant. This will allow CORAF to provide, efficiently and coherently, responses to the expectations of the population,” said Mr. Moore.

“The institutional reforms implemented by the governance bodies are beginning to produce convincing results and have also laid the foundations for the operational effectiveness of CORAF.”

Expected to close on Wednesday, April 28, 2021, this first part of the CORAF GA is expected to yield the following outcomes:

Expected to close on Wednesday, April 28, 2021, this first part of the CORAF GA is expected to yield the following outcomes:

Following the virtual business meeting, a physical component is planned to hold in the Chadian capital in January 2022, during which updated plans would be adopted to allow the organization to fulfil its mandate of enhancing food and nutrition security and boosting prosperity better.