Home News CORAF Community Congratulates IITA Head, Following His Election as a Fellow of The World Academy of Sciences 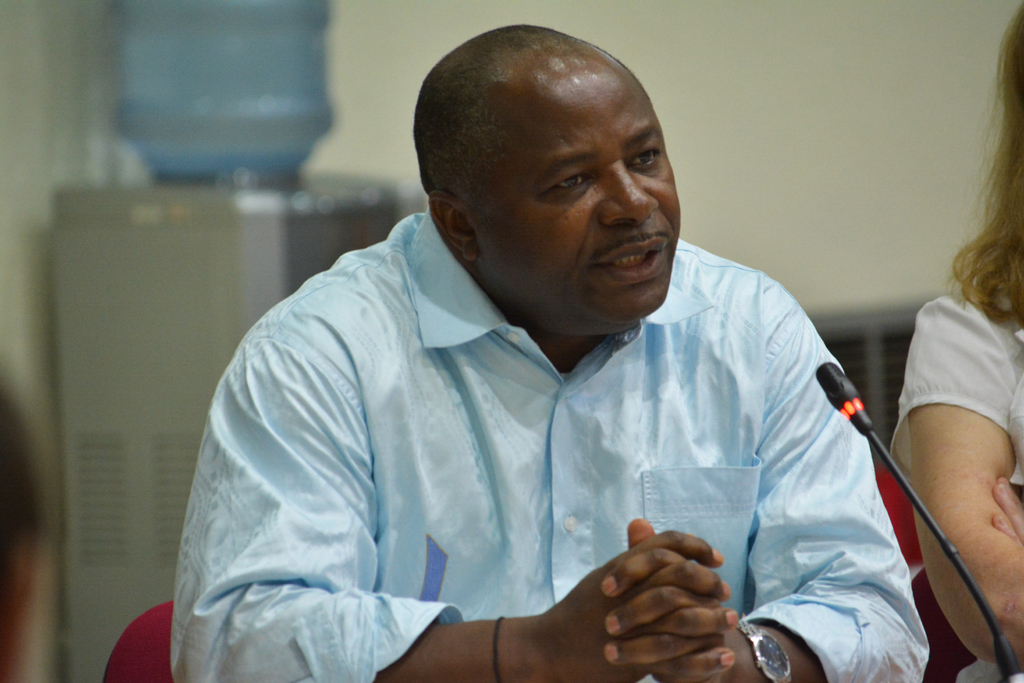 The CORAF community through its Executive Director, Dr. Abdou Tenkouano, wishes to congratulate Dr. Nteranya Sanginga, the Director-General of the International Institute of Tropical Agriculture (IITA), following his election as a Fellow of The World Academy of Sciences (TWAS). Dr. Sanginga’s membership is effective Friday, January 1, 2021.

The TWAS is a global network of scientists and organizations working to advance science in the developing world. TWAS Fellows are some of the world’s most accomplished scientists and engineers working to support sustainable prosperity through research, education, policy, and diplomacy.

The CORAF community wishes to commend Dr. Sanginga for this outstanding accomplishment, which we know will offer him a global platform to continue using his expertise, knowledge, and skill to address the pressing challenges of hunger, disease, and poverty in developing countries.

In his close to ten years at the helm of IITA, Dr. Sanginga has led many innovative programs designed to make agriculture more inclusive and attractive to youths and students.

“Concerned that farming in Africa was being left to the older generation, Dr. Sanginga pioneered a program known as IITA Youth in Agribusiness (IYA). This program sought to attract young African university graduates and unemployed into agriculture through a program of incubation in modern agricultural practices that enables them to create their own agro-based enterprises,” writes the CORAF Executive Director.

The initiative was later adopted and funded by the African Development Bank as a flagship program known as ENABLE Youth (Empowering Novel Agri-Business-Led Employment for Youth) Program that is currently deployed in a dozen of African countries.

“Using the prize money received in 2018 from the Africa Food Prize award, Dr. Sanginga established the Start Them Early Program (STEP) which aims to convince children from primary and secondary schools that agriculture is the future. As a result of this program, there is an increase in the number of students selecting to further their agriculture studies,” added Dr. Tenkouano.

Dr. Sanginga has more than 30 years of experience in agricultural research and development, particularly in applied microbial ecology, plant nutrition, and integrated natural resources management in Africa, Latin America, and Southeast Asia, having worked with the University of Zimbabwe, IITA, International Atomic Energy Agency in Austria, and Tropical Soil Biology and Fertility Institute of CIAT, according to the website of IITA. He became the head of IITA on November 01, 2011.

Dr. Sanginga will join 1,278 elected Fellows of the academy representing more than 100 countries; 14 of whom are Nobel laureates and scientists and engineers; about 84% of who are from developing countries whose work has had a significant impact in the South.

CORAF coordinates agricultural research in 23 countries of West and Central Africa. Its primary mission is to enhance food and nutrition security and boost prosperity. IITA is an Ibadan-based nonprofit organization working to improve crop quality and productivity, reduce producer and consumer risks, and generate wealth from agriculture, with the ultimate goals of reducing hunger, malnutrition, and poverty.