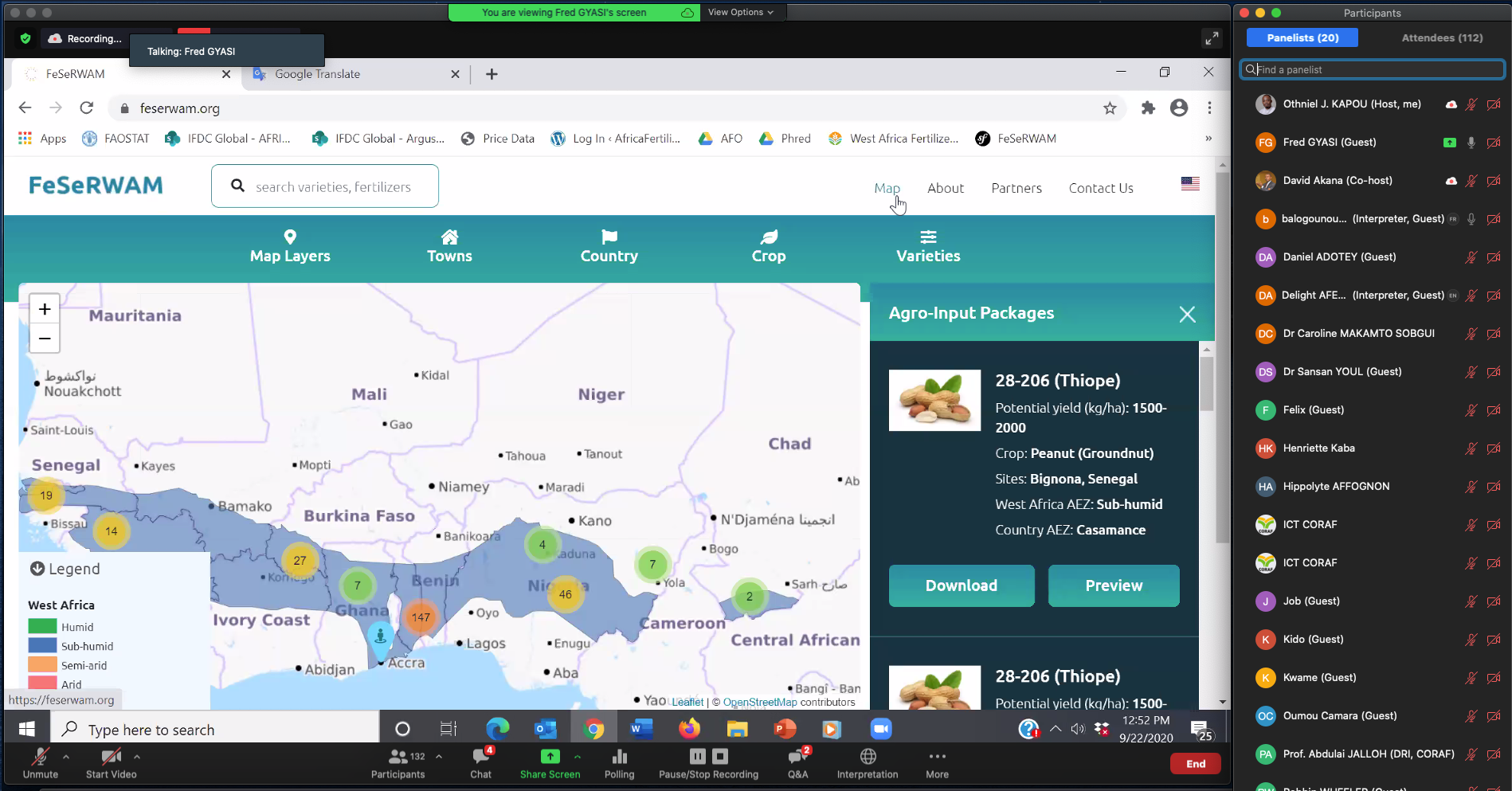 More than a hundred actors of the West African food system, on Tuesday, August 2020, met virtually to launch the pioneer online Fertilizer and Seed Recommendations for West Africa Map (FeSeRWAM).

“Inadequate and inappropriate use of agricultural inputs, particularly seeds and fertilizers, has greatly undermined our efforts to increase agricultural production in West Africa,” said Dr. Abdulai Jalloh, CORAF Director of Research and Innovation at the opening ceremony.

The FeSeRWAM is designed to increase the demand and use of appropriate fertilizers and improved seed to increase agricultural productivity in West Africa.

The event allowed participants to familiarize themselves with the tool, its vision, data collection process, the content, the audience, the limitations, and the way forward to ensure it reaches the ultimate target users.

Africa presently has close to 400 digital agriculture platforms, according to the 2019 Digitalization of African Agriculture Report. While the report acknowledges the game-changing nature of these online tools, it also argues that plenty of work is needed to ensure they are used.

Making FeSeRWAM sustainable and interoperable with similar online platforms benefiting poor farmers at both the country and regional levels in West Africa was central to the discussions leading to its development.

Not only did participants call for the involvement of the private sector and businesses, but they also argued that efforts should be made to ensure it is sustainable and able to work in collaboration with other tools.

FeSeRWAM is the product of over two years of extensive consultation of more than 350 agri-inputs actors across West Africa. The platform contains recommendations on agri-inputs, fertilizer, seeds, and good agricultural practices, for different crops in specific agro-ecological zones. More than 250 varieties have been posted on the platform for about 25 crops from 14 countries. Data is still being gathered for Cape Verde, The Gambia, and Mauritania. The platform is expected to be updated annually.