Home ABEE 40.000 to Benefit from a European Union-funded Research Project 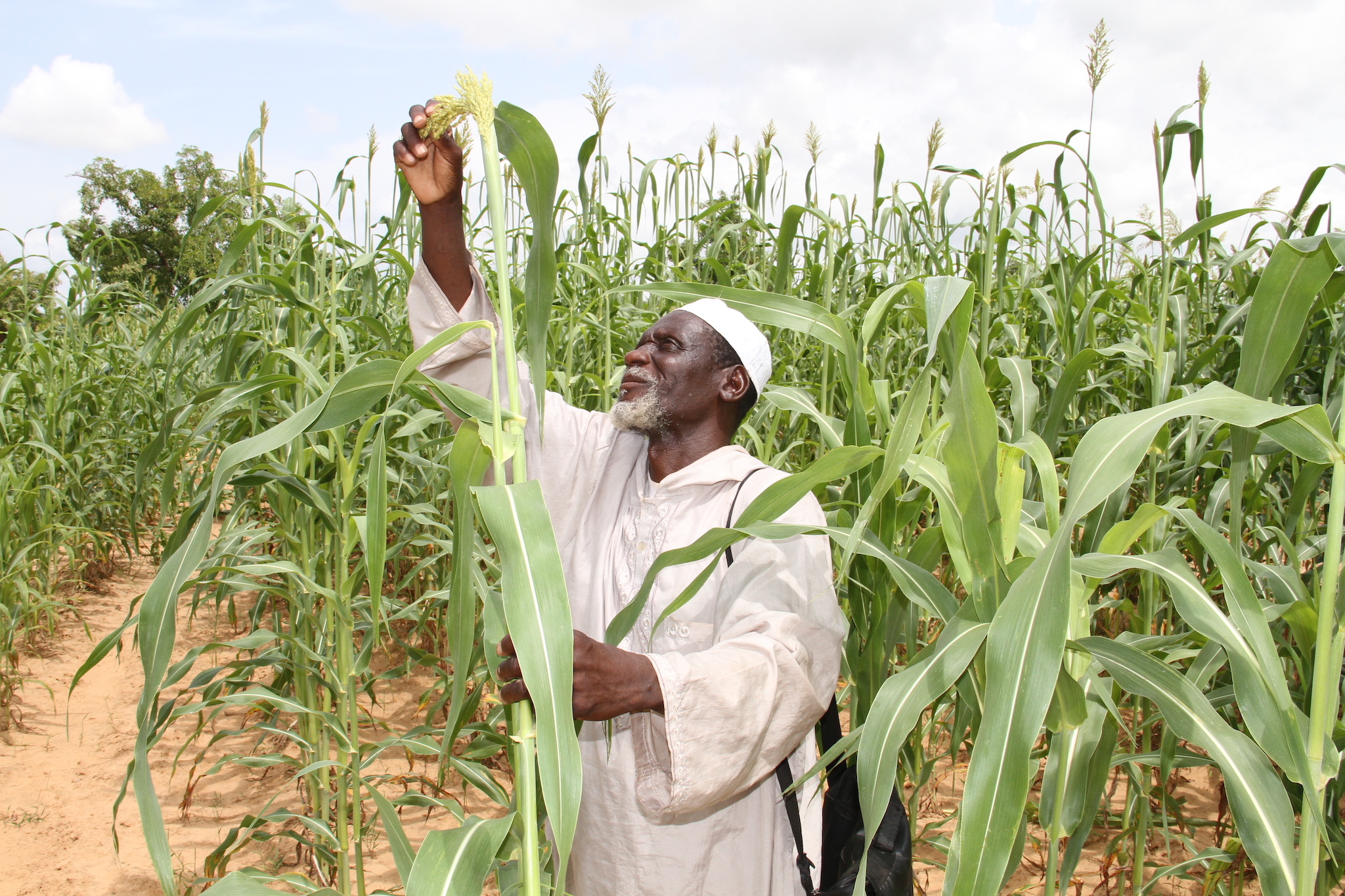 About 40.000 families from Burkina Faso, Niger, and Senegal will benefit from a new five-year plant breeding program funded by the European Union and coordinated in West Africa by CORAF and other key partners.

The announcement was made in early March 2020, in the Senegalese capital, Dakar, during the launching of the West Africa Breeding Networks and Extension Empowerment (ABEE).

The new project aims at strengthening the resilience of rural communities in the Sahel to climate change through the establishment of modern equipment and infrastructure for the breeding of varieties of five climate-sensitive crops (cowpea, groundnut, millet, sorghum, and fonio).

A Broad consortium of Implementing Actors

What They Said at the Launching Ceremony

“Varietal improvement of major food crops is an important tool to respond to growing food needs and the increasing population effectively. My conviction is that if we pool our efforts and resources, we will achieve results that will meet the expectations of our brave farmers and producers. ”

Mr. Boubaca Kanouté, Program Officer for Agriculture and Rural Development of the EU Delegation in Senegal

“This project is a fruit of political commitment at the highest level between the Ministers of agriculture of the European Union and the African Union. The project underlines the importance of the agricultural sector in the fight against food and nutritional insecurity, poverty, the creation of decent jobs, especially for young people and women in rural areas.”

“The importance of cowpea, groundnut, millet, sorghum, and fonio to communities in the target countries is well known. Strengthening the processes involved in a better breading could only strengthen the resilience of smallholders in these countries.”

“ABEE will respond more effectively to the demand for productive varieties from various stakeholders where experienced breeders will find themselves in well-equipped stations and laboratories using modern breeding techniques.”

“CIRAD is delighted to be a partner of this project. It will strengthen the regional network of breeders created within the framework of the Research and Teaching System in partnership Innovation and Varietal Improvement in West Africa (dP IAVAO), which shares its objectives with the Regional Study Centre for the Improvement of Drought Adaptation (CERAAS), itself, a sub-regional center of the Senegalese Agricultural Research Institute (ISRA), which is also a CORAF Regional Centre of Excellence.”

Farmers in Mali Not Left out

Farmers in Mali will also benefit from new varieties through an ICRISAT project known as the Enhancing Crop Productivity and Climate Resilience for Food and Nutrition Security (APSAN–Mali). APSAN-Mali will work in collaboration with the Bill and Melinda Gates Foundation-funded Accelerated Varietal Improvement and Seed Delivery of Vegetables and Cereals in Africa (AVISA). It seeks to maximize impacts in smallholder farmers’ fields in West Africa (Burkina Faso, Ghana, Mali, and Nigeria).

ABEE is funded through the Development Smart Innovation Through Research in Agriculture (DeSIRA), an initiative of the EU put in place in 2017 to support the achievement of the Sustainable Development Goals. DeSIRA addresses multiples interconnected SDGs. Total funding is estimated at €300 million.

CORAF is implementing a total of three DeSIRA Initiative projects. The two others include CAADP-XP4 and the Anticipate and Manage Biological Risks to Strengthen the Resilience of Farmers to Climate Change in West and Central Africa in collaboration with the Biorisk Management Facility (BIMAF), the West African Virus Epidemiology (WAVE), and national research systems in ten countries.

There are close to 14 DeSIRA initiatives across West and Central Africa at the moment amounting to close to €70 million.