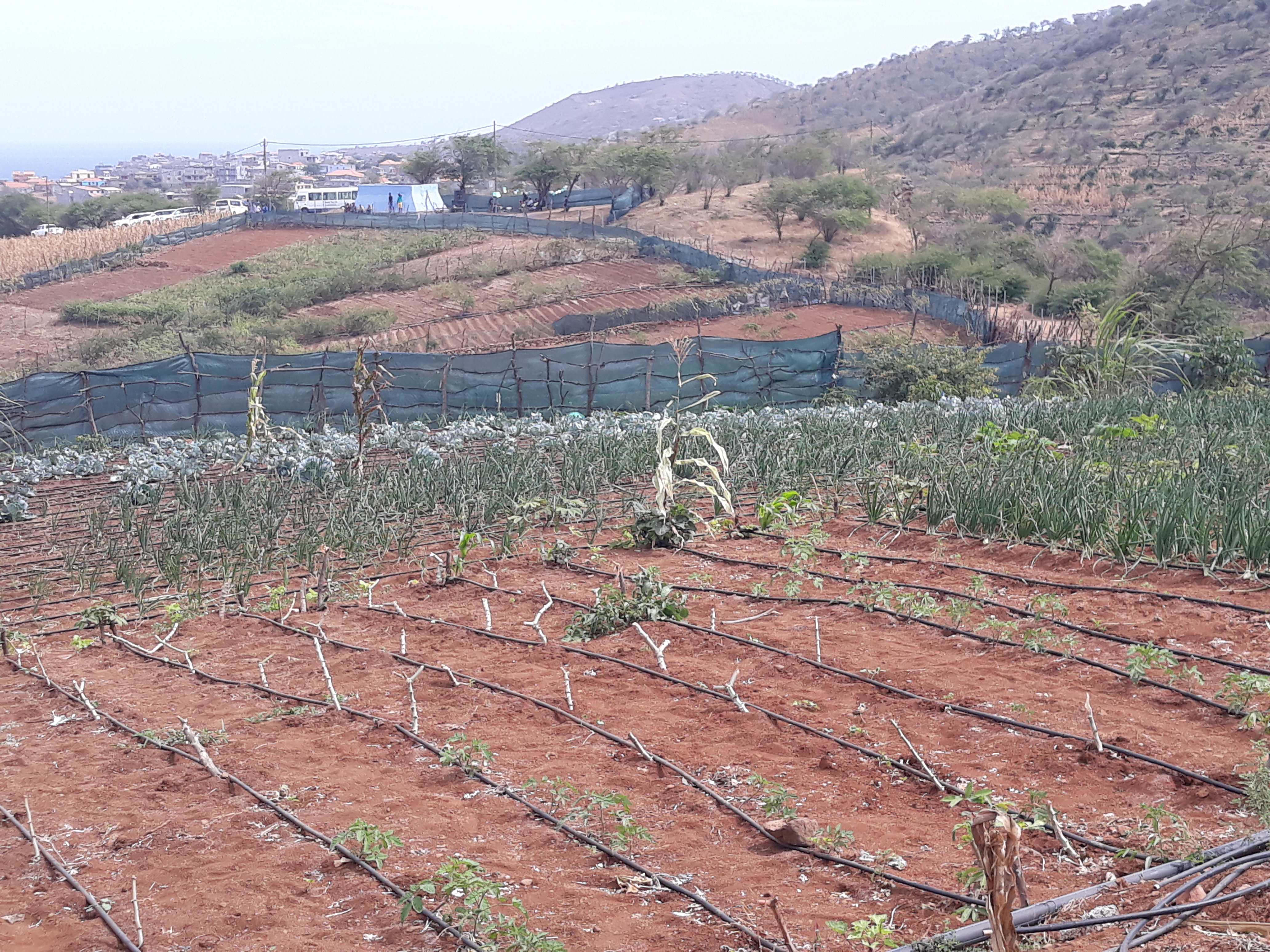 The harsh effects of climate change on the small island state of Cape Verde has not made its development challenges any more comfortable. In Santiago, one of the four islands of Cape Verde, it has not rained for three years, making agricultural practice tricky.

Boosting productivity under these circumstances with less harm to an already degrading environment becomes a major dilemma. Science, innovations, and technologies, experts argue, are the best bet to returning the country’s agriculture industry on a sustainable path.

No other institution is the best placed to advance the science and innovation agenda in Cape Verde than the National Research Institute for Agricultural Development (INIDA). For four decades, INIDA has led in the generation and dissemination of appropriate and proven technologies that have resulted in substantial changes in the livelihood of rural communities across Cape Verde.

This considerable feat was recognized this week by the most senior political officials of Cape Verde.

Speaking in Achada Porto, located about 44 kilometers from the capital, Praia, the PM assured INIDA of the required political support as long as it continued to stimulate innovations and disseminate smart technological packages. Achada Porto like most communities of Cape Verde are affected by climate change, soil erosion, land degradation, and facing water stress,

The PM who is also Cape Verde Head of State was speaking on Tuesday, January 14, in the presence of other senior government officials and the mayor and people of Tarrafal county.

An Innovatory Project with Lessons for Countries with Similar Agro-ecologies

While a small island state, Cape Verde’s agroecological realities are similar to those of Sahelian countries. With its mountainous topography, soil erosion is rampant, and water scarcity is a regular feature, further constraining the farming environment.

Thanks to funding from the International Fund for Agricultural Development, the Cape Verdean government is implementing a low-cost and water-efficient hydroponic system, which allows the growing of plants without soil, and the wide-spread use of photovoltaic energy to mobilize and manage water.

“Up until recently, Tarrafal was mostly made up of stones,” says Jiao Fonseca, Coordinator of the IFAD project. But since the start of the project, many of the beneficiaries have turned a corner.

“I spent most of my time before watching TV or doing things that were not important. But since I received the training and knowledge to grow cucumbers, lettuces and tomatoes, not only has the meals in my household improved, we have also seen an increase in our revenues, says Edna Rose Lopes, one of the beneficiaries.

The IFAD-funded project has benefitted 30 persons (27 women and three men) in a village of about 150 people. Most of the beneficiaries did not previously have agricultural experience. But as of a combined effort of non-governmental organizations, research, and extensionist specialists from INIDA, and the support of the local government, these women have seen improvements in their incomes and living conditions.

INIDA has a memorandum of understanding with IFAD for the dissemination of smart technologies under the Rural Socioeconomic Opportunities Program.

The total population of Cape Verde is roughly 500.000 people with another 500.000 living abroad, mostly in North America and Europe.

INIDA is 40 years old. As the country’s foremost innovation driver and knowledge broker in the area of agricultural innovation, INIDA has contributed to delivering not only new technologies but also facilitating the dissemination of relevant technologies to rural communities. Following are some of INIDA’s achievements:

INIDA is a member of CORAF, the body responsible for the coordination of agricultural research in West and Central Africa. INIDA is currently headed by Dr. Maria Angela P. Bareto Da Veiga Moreno, also Board Chair of CORAF.